Colin Duffy, who recently qualified for Olympics, is already one of the world's best sport climbers. It might be connected to the climbing wall in his basement. 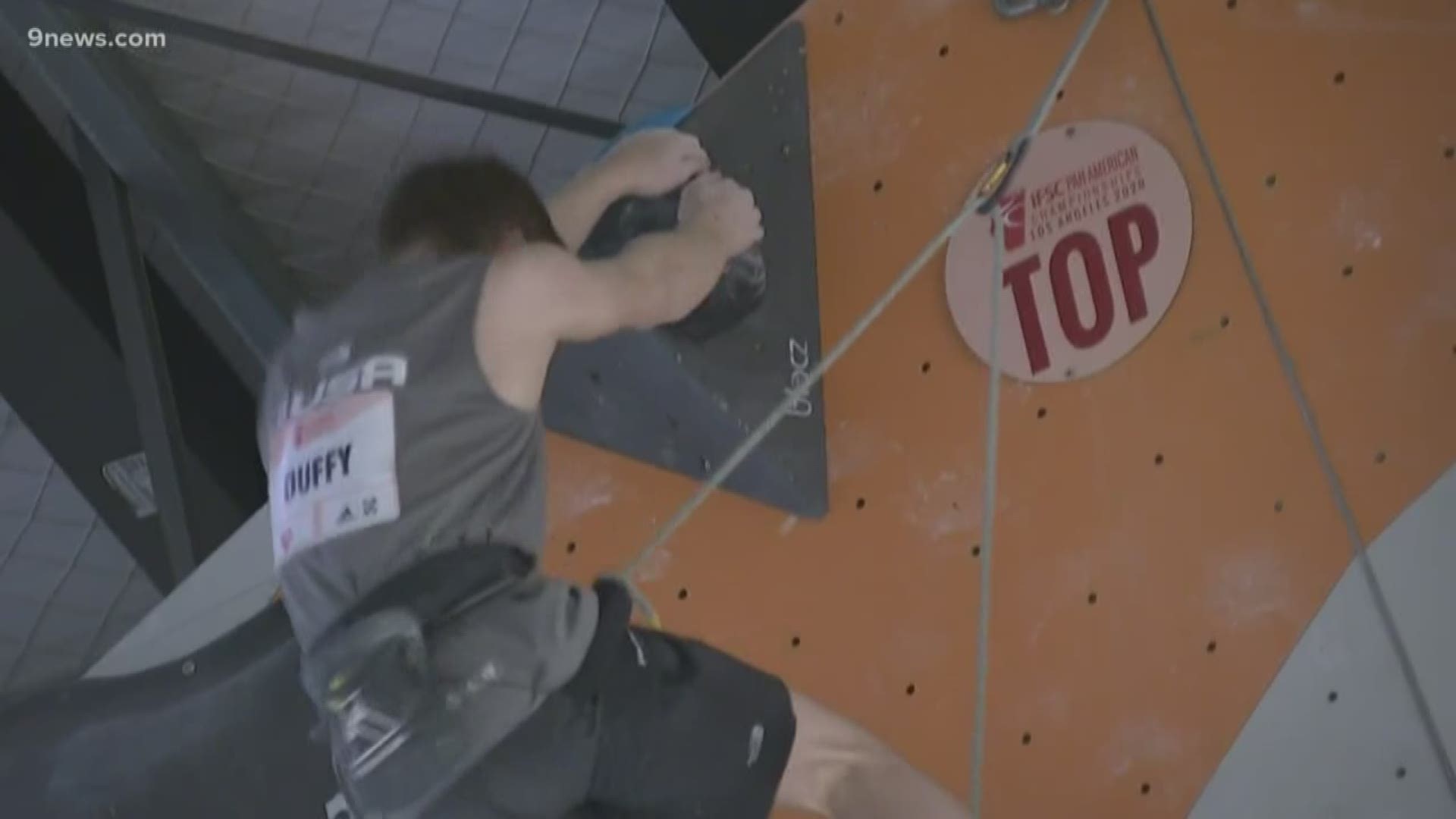 THORNTON, Colo — Qualifying for the Olympics is a lifelong dream for a lot of athletes and something Team USA Climber Colin Duffy managed to do by the age of 16. “I think having the experience of going to the Olympics will be life changing for me,” Duffy said.

Colin goes to the Stargate Charter School in Thornton where he says school work has always been his priority, right alongside climbing. After earning a spot on the U.S. Olympic team for the 2020 summer games in Tokyo his school held an assembly to celebrate. Then everything changed.

The spread of COVID-19 shut down gyms and climbing walls all over the country. Like millions of others, athletes were sent indoors, and the Olympics were postponed for one year.

“It’s pretty hard to believe,” Duffy said, "but it’s the right decision for sure.”

Colin gets to keep his spot on the Olympic team but now has an extra year to train and he’s making the best of his time indoors. In the basement of his family’s home they’ve built an indoor climbing wall where Colin can keep training.

“I’m not limited to train here,’ said Duffy. “thankfully my parents built this wall when I was younger, so I have this to keep myself busy.”

Colin’s also getting creative by heading outside and climbing anything he find on the house, “a lot to climb on around the house,” said Duffy.

It's all to keep in shape and focused on that Olympic dream that’s going to take a little longer to reach but Colin says he'll be ready for, “it’s helpful to have a full 16 months to plan out my training, now I have time,” said Duffy.