Grant Cruikshank is skating his own path away from his four-time Olympic speed skating parents Bonnie Blair and Dave Cruikshank, as a captain on the CC hockey team. 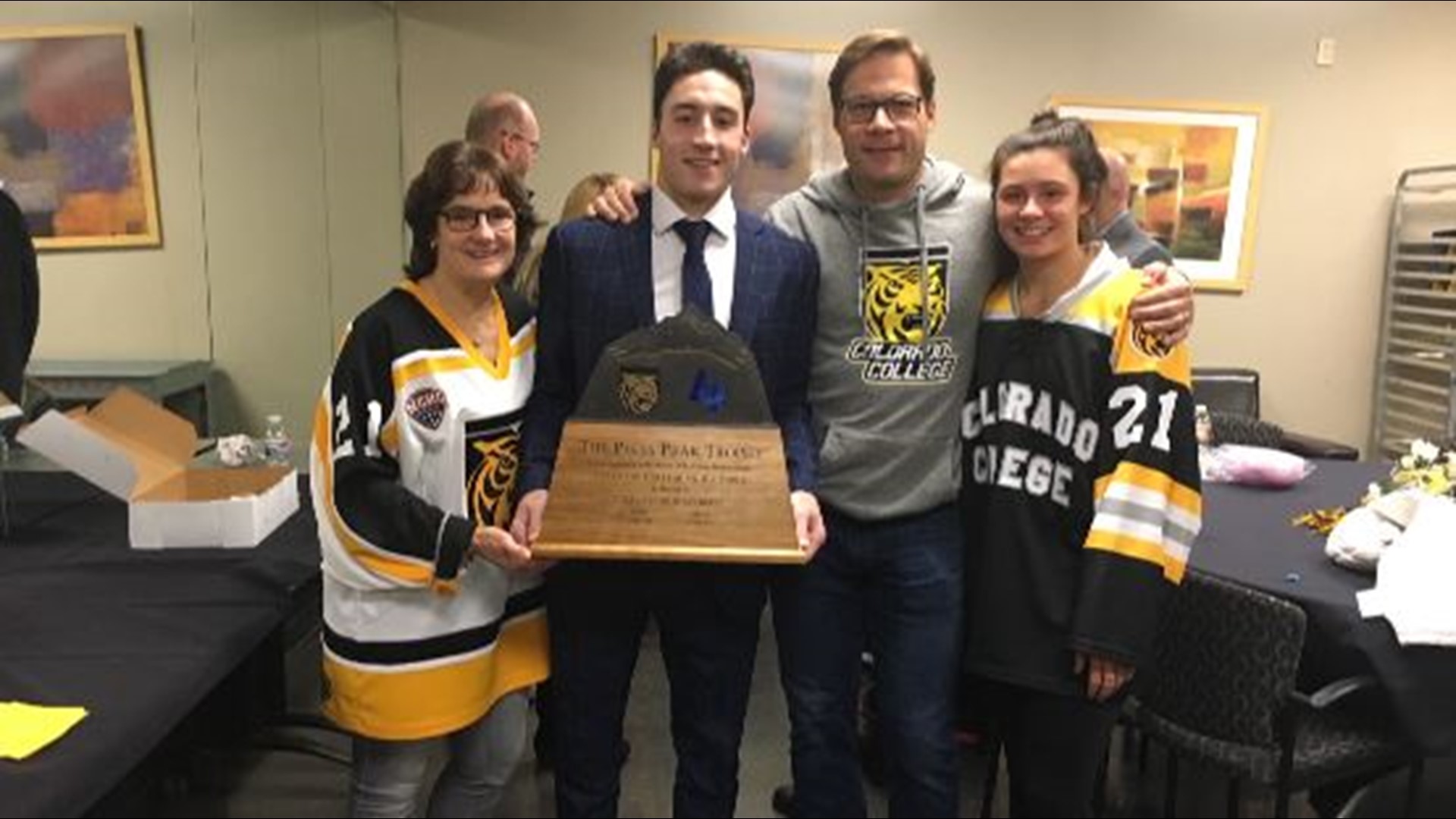 "To have them as role models for me, not only just showing me how to skate but how to live my life on a daily basis, and how to treat others," he said.

The Colorado College sophomore captain was a natural. Grant's first skating memory takes us to his backyard in Utah, where Dave was training for the 2002 Salt Lake City.games.

"I had a little ice bucket out there in front of me that I was pushing along and help keeping me up," he said. "So skating outdoors was basically my first memory there."

That's all he needed to fall in love with the family business, except Grant took the path less skated and joined a youth hockey team.

"Following in the skating footsteps, but kind of doing my own thing," he said. "I think I just liked more of the team aspect and being around my best friends every day."

"One of the things that was just incredible to look back upon was just their career and how long it was, both of my parents being in four Olympic games," he said. "That's a long time to be skating and especially them making it at such a young age and still skating into their 30's was just incredible."

Two Olympic speed skaters, with a possible third joining the ranks. His sister Blair competed in the Olympic trials last year, and is training currently in Europe. With all of that gold in the family, Grant still knows he doesn't need to play Olympic hockey to make his parents proud.

"I think if I just stopped playing hockey, they're going to support me doing that or whatever I do in life," he said. "Obviously it would be very special for them. it would be special for me as well, and our entire family."