It started as a curiosity and then turned into a hobby, but now 13-year-old Sydney Kennett is a champion in her unique sport, and she's changing the game. 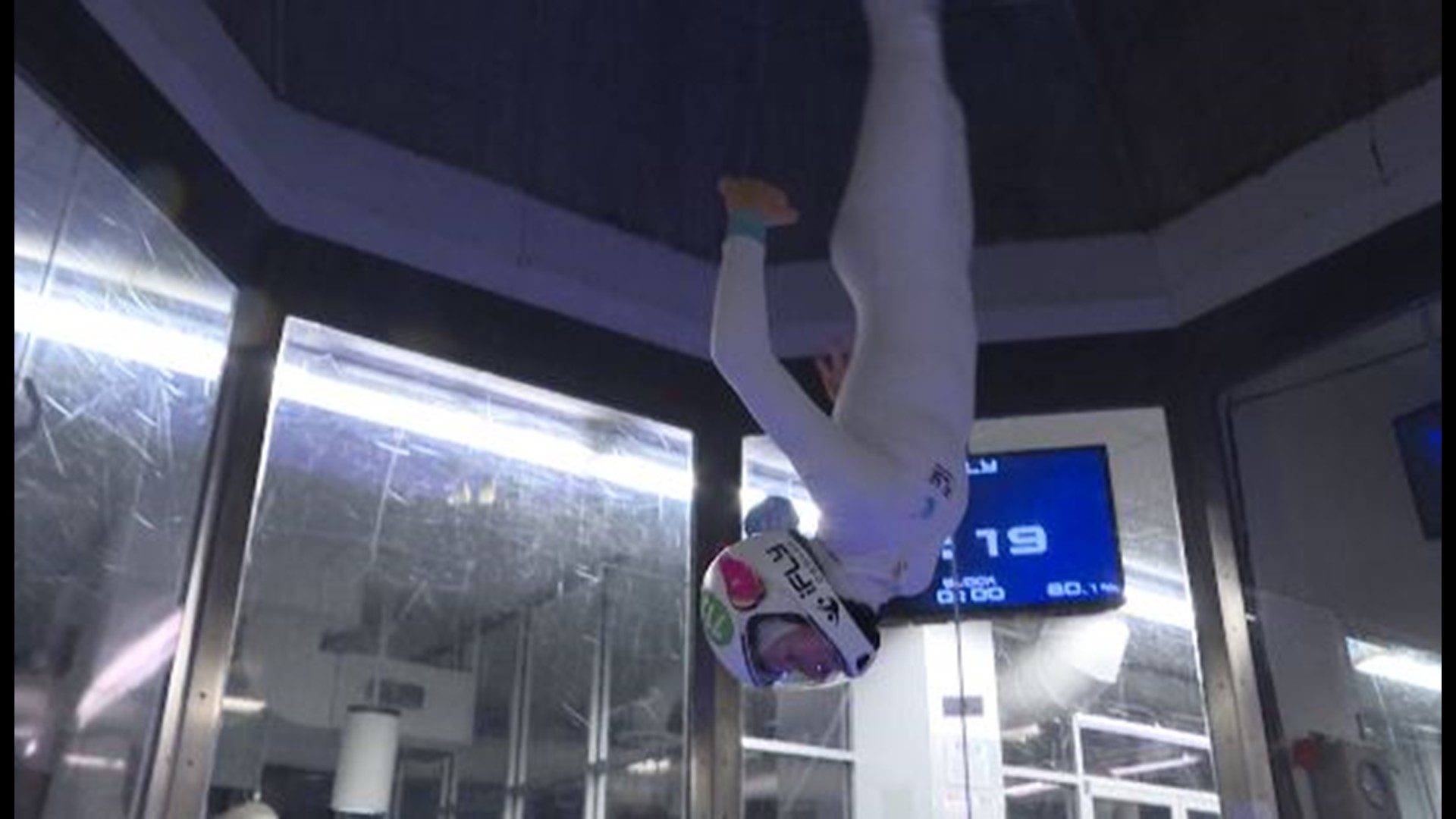 LONE TREE, Colo. — From the outside, Sydney Kennett is an ordinary 13-year-old, but the Sagewood Middle Schooler is hiding a pretty cool secret.

"So a lot of my friends don't know that I skydive because I don't talk about it a lot because I'm kind of more of a shy kid at school," Kennett said.

She's not just any skydiver. Kennett is a gold medalist in competitive indoor skydiving. She most recently won gold in the freestyle discipline at the Wind Games in Spain in January.

"You can surprise people with it," she said. "They're like 'oh my god, what is that?' it's pretty cool actually."

Her journey all started when her father, a skydiver, wanted her to join in his footsteps. Not quite an adult, she found iFLY Denver to learn the sport of bodyflying and joined their "kids club".

"It was a group of kids who would come together and fly once a week," she said.

Kennett graduated much earlier than expected, and now she's the literal face of the company's "flight school" all over the country. She smiles every time she sees her face on posters.

"'Oh, hey that's me!' and in all of the tunnels around, you're there, which is cool. You've got a little piece of yourself in every tunnel."

She's one of the top indoor competitive skydivers in the freestyle category. It looks a lot like a dance or gymnastics routine, which is where her mother's influence comes in. Her mom, a former gymnast, encouraged Sydney to take gymnastics for about seven years. When she left that sport, she took with her the balancing skills and the choreography.

"Routines in the tunnel are basically a bunch of tricks connected with connecting moves," she said. When I was in gymnastics, you needed a lot of body awareness and also you need a lot of flexibility and you get strength from that. You have to know what's going on. Slight movements do a lot in the tunnel."

The teachers at iFLY do a lot to teach those slight movements, using hand gestures to show two bent knees to propel forward, or two straight fingers for straight legs to move back. The same sign language can be used to tell her to relax or even turn her body. But she's outgrown their basic teachings.

"They're the ones that taught me. They were here since I started, and that was pretty cool because they got to see my progression and I can help them with stuff now and teach them."

Kennett qualified to fly for Team USA at the World Cup of Indoor Skydiving in Charleroi, Belgium in April.