The Broncos have the No. 5 overall draft pick, but they would prefer to address their quarterback need with Cousins. 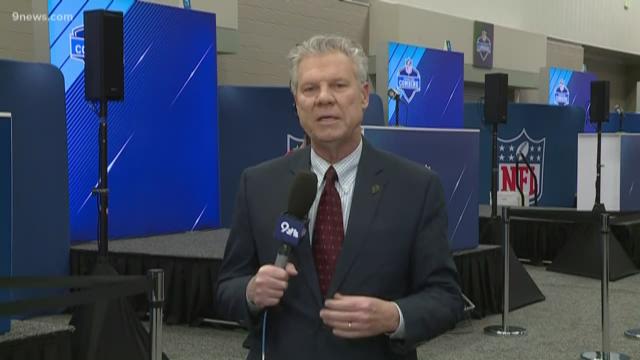 INDIANAPOLIS – In the expansive hallways of the Indiana Convention Center, information is exchanged.

One agent represents a quarterback who will be a free agent in 10 days.

“We all know the Broncos are going after Cousins,’’ the agent said.

Another agent represents another quarterback who is about to become a free agent.

“You know the order the Broncos have at quarterback,’’ the agent said. “It starts with Cousins.’’

The Broncos have the No. 5 overall draft pick and while they would prefer to address their quarterback need with Cousins, they are intently evaluating the top incoming rookies at the position.

Cousins only makes sense as plan A if a team wants to go from 5-11 one year to the playoffs the next.

Problem is, the New York Jets were 5-11 last year, too. And they also reportedly want Cousins, who is coming off three consecutive seasons as a Washington starter in which his cumulative passer rating ranks him sixth-best among NFL quarterbacks.

Another problem is the Minnesota Vikings may also be in on Cousins. Unlike the Broncos and Jets, the Vikings were only two wins away from winning the Super Bowl last season.

So, the Broncos have a plan B. Which might be Case Keenum, the Vikings' quarterback who is about to become a free agent. Or it might be one of the Big Six at No. 5.