30 years after Emmitt was drafted by the Cowboys, his son EJ, set to embark on his Stanford career, looks ahead to his own possible draft day 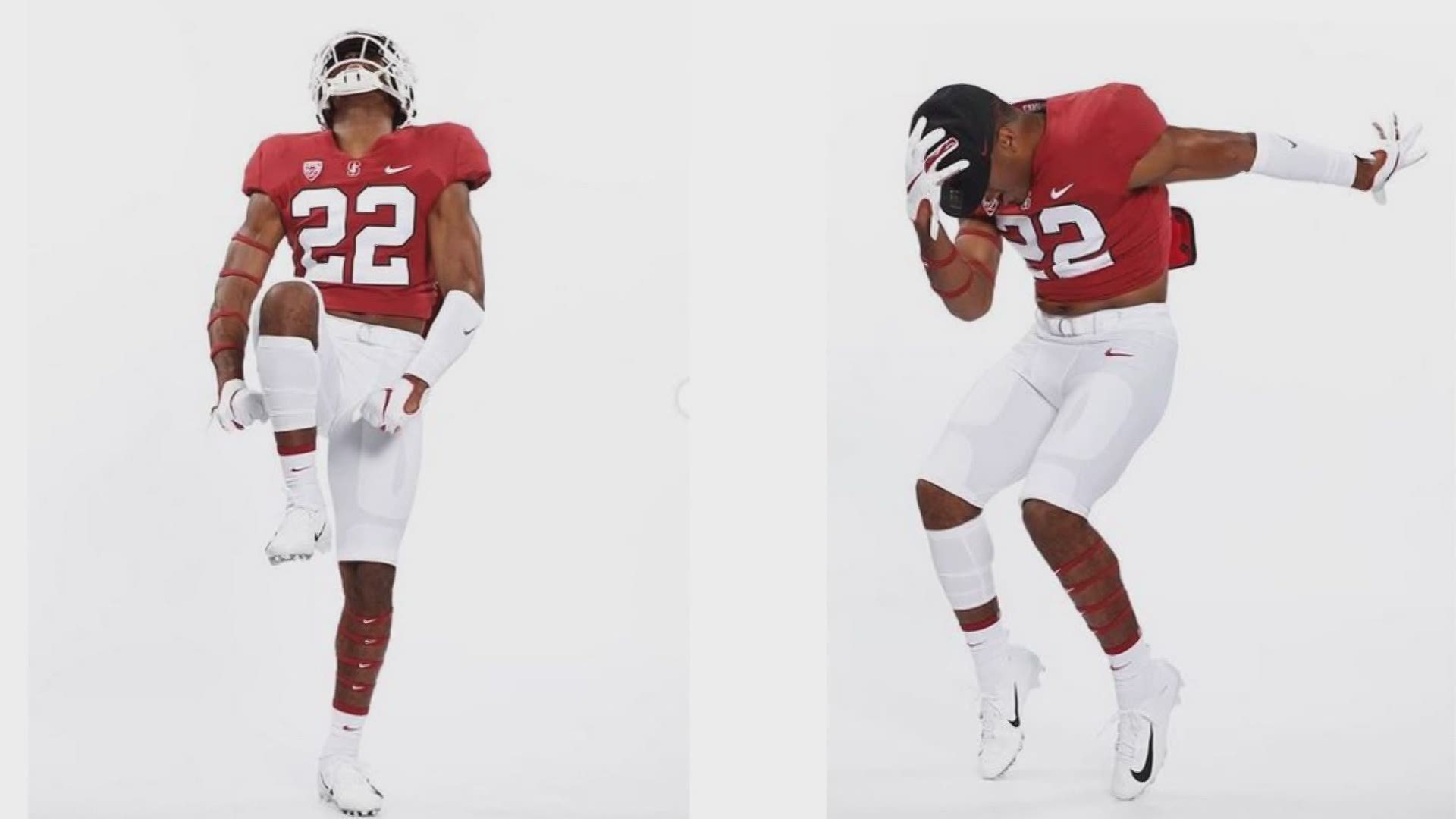 DALLAS — It was 30 years ago Wednesday that NFL commissioner Paul Tagliabue walked to the podium and made the announcement.

"Pittsburgh has traded this choice to Dallas."

With those seven words, the course of history was changed for a young junior out of Florida.

"We wanted to improve our position at running back," newly-minted Cowboys owner Jerry Jones said at the time. "And he's a great back."

But 30 years later, Emmitt has a potential future draftee to think about. His son EJ is on his way to Stanford in the fall.

Right now, college football is a major question mark, given the ongoing COVID-19 pandemic and its impact on the sports world.

But that isn't deterring the senior from Dallas Jesuit.

"You know, I just always have to stay ready," EJ said. "We don't know when this will end, so in my mind, I'm thinking about playing."

EJ is part of a senior class that has been robbed of quite a bit in recent weeks.

"It's been difficult," Emmitt said. "Missing the prom. Graduation's not gonna be the same. But, you know, he will make an adjustment. That's the thing about sports that I love, because sports allows you and has trained us to make adjustments."

There are some positives that have come out of this, though -- like EJ and Emmitt being able to train together more often.

"Because he's at home more now, because of this pandemic, he's just been out with me, training and things like that," said Emmitt.

After his Stanford career, a spot in the NFL Draft could very well be in the future for EJ, and it's something he's considered more as he's gotten older.

"Most definitely, it's crazy just thinking about it," EJ said. "You know, I'm pretty much four or five years away from the draft, and just seeing it getting closer and closer, it's become even more important to me."

They're just soaking up every moment they can.

"As a college athlete, you don't really go home as much," EJ said, looking ahead to his future. "So, with that, you have to take every opportunity that you have to spend time with your family."