This is the second year that UCHealth has partnered with Colorado State to honor 28 total cancer warriors on the jerseys of the men’s and women’s basketball teams. 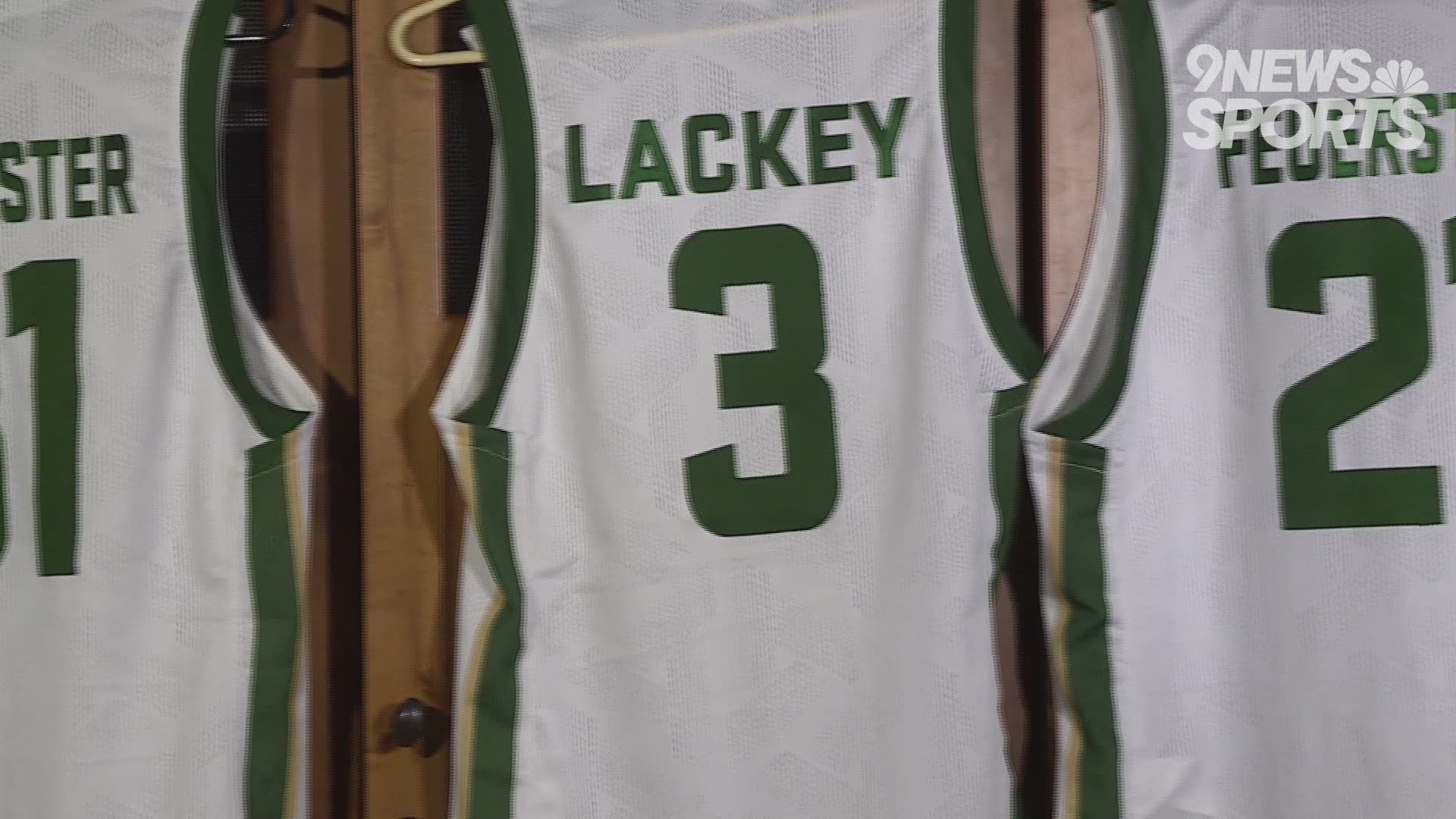 FORT COLLINS, Colo. — It's a simple gesture to show them that they're not alone.

For the second-straight year, the CSU men's and women's basketball teams swapped their names for those of patients fighting cancer at UCHealth. The teams honored 28 patients from the greater Northern Colorado area -- some who are currently fighting, some who have beaten cancer, and some, unfortunately, who have lost their battles.

"It was simply one of the most powerful and neatest things I've been involved with and it meant so much to our players," CSU men's basketball head coach Niko Medved said. "It's truly being a part of something bigger than yourself and we always talk about finding ways to impact our own community here, and it's just the epitome of collaboration."

Junior guard Kendle Moore celebrated with warriors in the inaugural year, when fans were still allowed inside Moby Arena. He said the mood was electric before and after the win over Fresno State in 2020.

"All of us after the game, we all took pictures with the person whose name we have on the back," he said. "We were just talking and sharing stories. Especially after a victory, you can't beat that!"

Moore had the privilege of representing Austin Lackey this season. Lackey was diagnosed with Hodgkin's Lymphoma only three days into his freshman year at CSU, and subsequently had to move out of the dorms and back home nearby to receive treatment.

"College, that's a big stepping stone! People actually get really excited when they're going off to college," Moore said of Lackey's situation. "For him to figure that out just three days after moving into the dorm, it's just crazy."

Lackey had the chance to meet Moore and the rest of the CSU men's basketball team on Wednesday before the Friday tip. Even though the celebration was virtual this year, he said he felt so much appreciation from the team.

"They're not doing this for them, they're doing this for me, and it just brought a whole new level of depth into the situation," Lackey said. "It's going to be a whole different world and scenario watching this game than watching an ordinary game."

Third generation Ram Jana Robbins felt emotional when she saw herself represented with her own jersey.

"It's an extreme honor," she said. "It's very emotional to know that one of these young athletes will be carrying your name on the back of their jersey. It means a lot."

Robbins was diagnosed with both ovarian and uterine cancer on March 19, right at the start of the COVID-19 pandemic. She underwent six rounds of chemotherapy throughout the next few months at UCHealth.

"I guess, in a way, [the jerseys remind you] that you're still here and being recognized for that," she said. "Just to see what it means to the athletes themselves and the coaches, that's huge."

It meant quite a lot to the athletes, especially Moore, who is not only playing for Lackey.

Moore said if he had the choice to wear a name on the back and the front, he would be sporting Lackey's name as well as his grandmother's name in her honor.

"When we first found out about it, the first person I called was her, and she was just so excited about us representing cancer patients."

Prior to tip, the joy was already radiating. Robbins is celebrating being five-months cancer free, after finishing up her last round of chemotherapy in September.

"I was one of the lucky ones, I got to ring that bell in September," Robbins said.

And Lackey felt like he got to experience a game inside Moby Arena for the first time during his freshman year as a Ram, despite the loss to 1st place Boise State.

"I mean, it's been the highlight of my freshman year, being able to watch a CSU game, not only the college that I'm going to, but that they're recognizing me," he said.

Moore felt deep responsibility to step up and play for more than just his teammates.

"That's just more motivation for me though. It just gives me more enthusiasm, more energy to go out and give it 110 percent as I do every day, but now it's a bigger picture. I'm not just playing for me, I'm playing for him and I can show him what I can do for him and what we can do as a team."

Recognition and visibility are key, especially during a time when most resources are focused on the growing COVID-19 pandemic. Robbins emphasized that cancer isn't going anywhere, but positivity goes a long way toward healing. Moore took that to heart.

"You never know what other people are going through until you actually get to know them and hear their story," Moore said. "They go through a lot, and for us to just keep them in our prayers and just give them the motivation to show them that people actually care for them and care about their situation, I feel like that's just great for them."