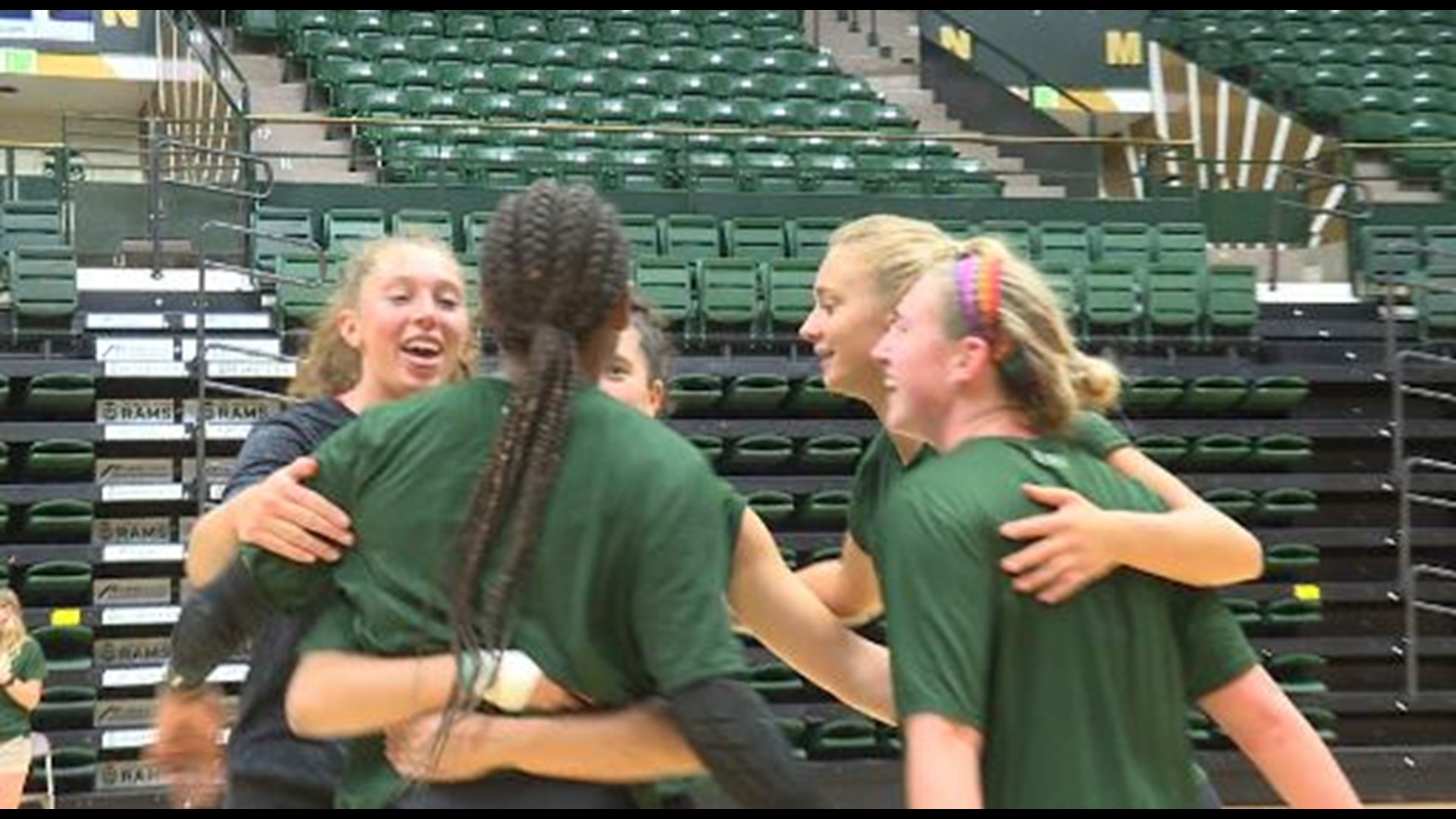 This current group expects nothing less.

"It's an added pressure but it's a healthy pressure I think that pushes us to be our best," said senior setter Katie Oleksak. "We can be successful this year. we can win the Mountain West again."

Head Coach Tom Hilbert has seen all of the banners raised throughout the team's dominance. He begins his 23rd season with the Rams August 30th, and understands this season is no different.

"We know we have a target on our back in all of the matches we go out and play," Hilbert said. "You have to fight complacency sometimes, especially as the season wears on."

The fight against complacency begins in practice, he explained. Playing time is determined prior to the season, and Hilbert says this group is keeping things competitive.

"It's really important that everybody fights like crazy and I thought [they] did," he said. "I think the competitiveness is great right now. Everybody is involved right now."

To get to November, they'll need a strong voice leading in August. That's where Oleksak comes in. Hilbert said he's enjoyed watching her metamorphosis from simply a talented underclassman to a vocal senior captain.

"She's very talented, she's very athletic, she's fun to watch," he said. "And now, this year more than any other year, she's really leading and creating atmospheres where her team can win."

As a setter, Oleksak feels as though she's one of the "coaches" on the court. She gets to direct each of the plays and sees the bigger picture. It was also important for her to take the time to get to know each and every one of her teammates on and off of the court to better their chemistry inside of the lines.

"I enjoy being the person who touches the ball every play. I enjoy being the middle man and I also think that connection happens off the court in the locker room," she said. "Kind of knowing people's personalities, what they like, what they don't like, how they like to be talked to, I think that's really important to incorporate those aspects while we're playing out there."

While team accolades take precedent, she's not shying away from her own personal goals. The two-time Mountain West Player of the Year understands what her three-peat could actually do for the rest of the squad.

"I think by making myself better, I can make the team better, especially in the role I'm in as a setter," she said.

The Rams tip off their season and their quest for a third-straight Mountain West title Friday August 30 at 11am against Chicago State at Moby Arena.