The game ball is from coach Karl Dorrell's first win with the Buffs over UCLA. 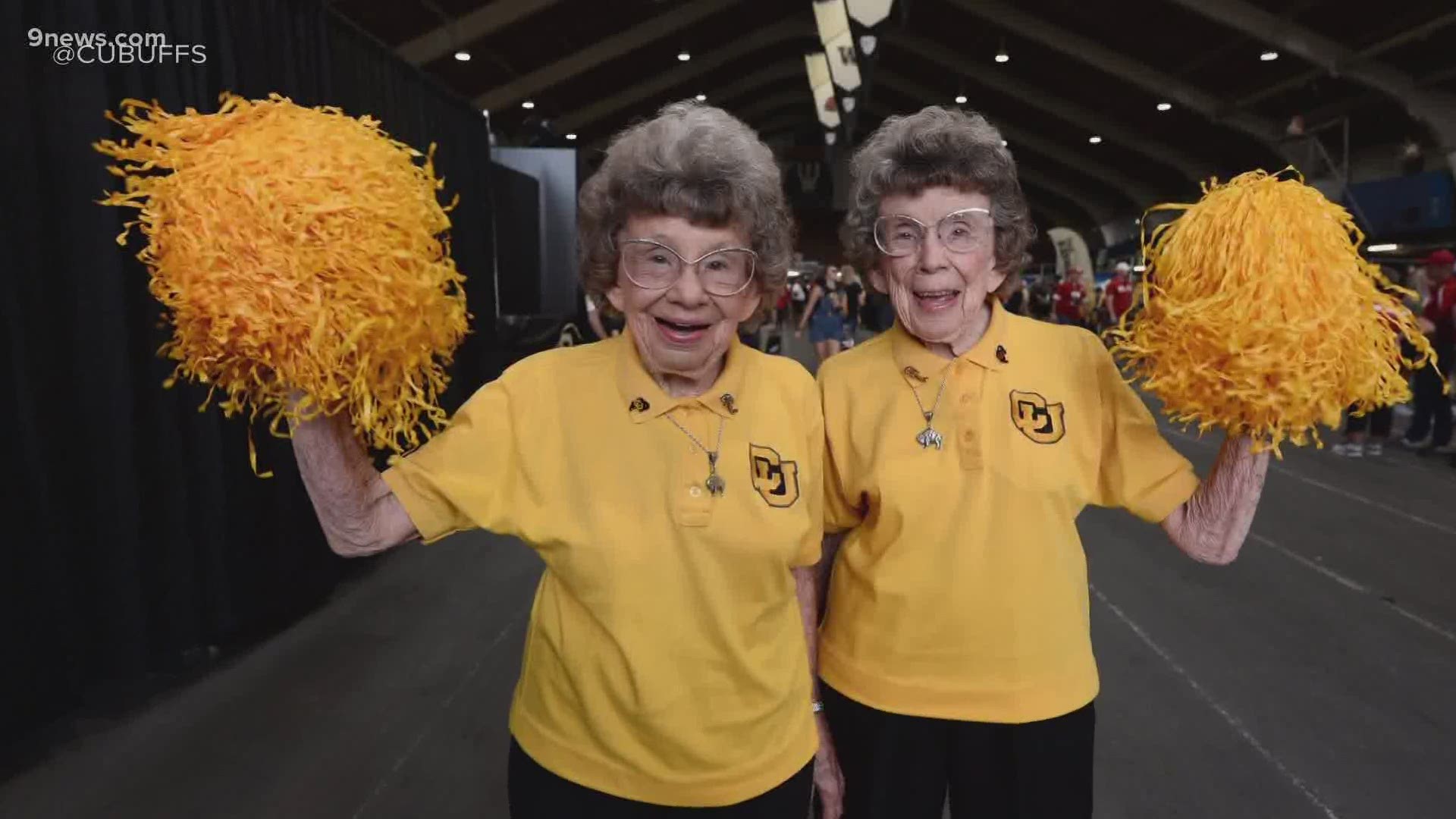 BOULDER, Colo. — A University of Colorado at Boulder (CU) superfan got a special surprise from the team just in time for Christmas.

Colorado Buffaloes head football coach Karl Dorrell gave the game ball from his first win with the team over UCLA to one of the CU superfan twins, Peggy Coppom, he said in a tweet.

Dorrel said the ball was dedicated to Coppom's twin sister Betty, who died earlier this year after a battle with pancreatic cancer.

> The video above aired on Aug. 5 about CU superfan, one of two famous twins, dies at 95.

RELATED: CU superfan, one of two famous twins, dies at 95

“It is a sad day for Buff Nation with the passing of Betty Hoover, one of our beloved twins. Betty and Peggy Coppom have been attending CU Athletics contests for over 70 years and have been season ticket holders since 1958." Colorado Athletic Director Rick George said in a statement at the time of Betty's passing. "While we have many great fans, none have been more visible and loved than Betty and Peggy. If you know CU Athletics you know Betty and Peggy."

George came with Dorrell Tuesday to present the game ball to Coppom.

Known better as "The Twins" at CU Boulder's home football and basketball games, the two women had attended nearly every game since 1940, and also made an effort to meet every student-athlete on those teams.

Coach ⁦@k_dorrell⁩ and I presented the game ball from his first CU win over UCLA to one of our beloved twins Peggy Coppom a few minutes ago. We miss you Betty! Happy Holidays to all. pic.twitter.com/GPAlXywDfP