Holy Family grad Hailey Schalk would have been the only golfer in Colorado history to win four-consecutive state championships, until COVID-19 derailed her plans. 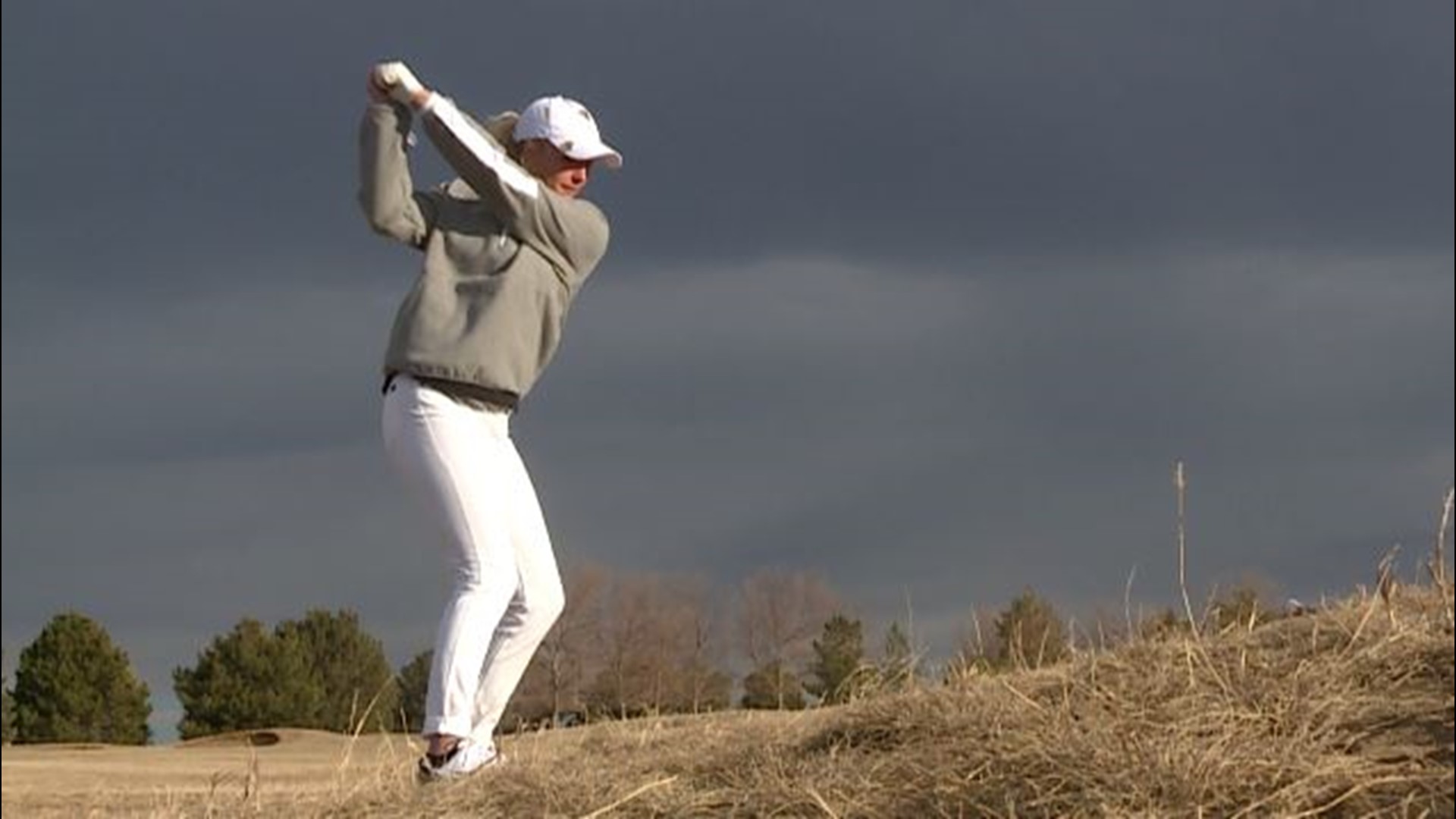 ERIE, Colo. — Not a single collegiate tournament under her belt, but already she's earning her place with the Buffs.

"I would say growing up playing Junior Girls Golf, everybody knows the name Hailey Schalk. She has always been a fantastic player, one of those golf prodigies, as you could say," CU junior Kelsey Webster said.

Webster has golfed with Schalk since the latter was 12-years-old on the junior circuit. Even two years her junior, Schalk was already a few steps ahead back then.

"I was late to the game, I didn't start playing until my sophomore or junior year of high school, but I kind of even knew her before that. She's always been a great putter and her swing, when it's on it's on," Webster recalled. "I remember we played a junior tournament here and she beat me by one. I think she shot six-under for the day and I shot four or five-under for the day. We've always been competitors but we've always been friendly and I'm excited to have her here."

From junior competitors to college teammates. The 2018 Fairview graduate knew the Buffs would be in the bunker without Schalk.

"I'd like to think that I played a part in her coming to CU," Webster said. "It's been really great having her here. She's fantastic. She's a great player and just a great person, a great energy on the team."

"She would always be like, 'Come to CU!' and encouraging me to come and so when I committed, she was really supportive and helped me meet the team," she said.

The second-semester freshman is still shaking off some rust. Although she played in very few junior tournaments over the summer and three unofficial tournaments during the first semester, it's been two years since her last official school season.

"I couldn't compete at all and everything was getting canceled," she said. "I had nothing to really look forward to, so it was hard to find my motivation."

Losing a senior year is tough. Losing an opportunity to make state history is devastating. Schalk would have been the first golfer ever (male or female) to win four-consecutive state titles, but she's finally moving on to the next metaphorical tee box.

Webster never won a state title during her stint with Fairview, but she came extremely close during her senior season. She feels like that final disappointment gave her the necessary perspective to help Schalk through this dark time.

"She had the chance to make history, which is really sad that she didn't get that chance," she said. "It takes a bit of perspective to come into college and to realize that there are just a lot of bigger and better things ahead of us. We have just so many great things here and she has the capacity to do even better here at CU than she did at Holy Family. She didn't get to make history in high school, but maybe she could do that in college."

The CU Women open up their spring season Feb. 8 at the Lamkin Invitational in Rancho Santa Fe, Calif.