Cyclist, athlete with cerebral palsy team up to ride for inclusion

A Big Bike Adventure stretching across four days, 158 miles and 8,400 feet of climbing. 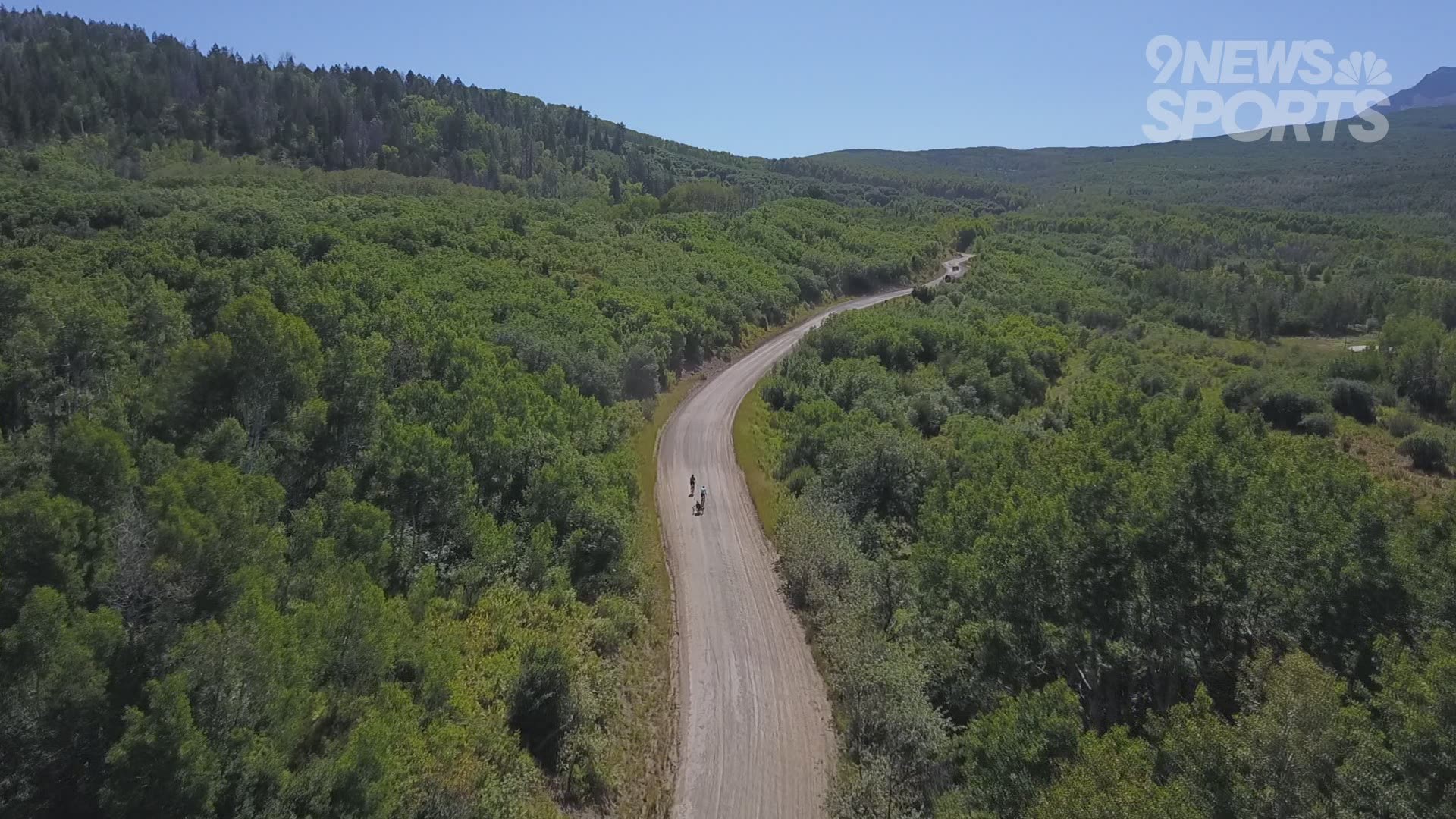 CRESTED BUTTE, Colo — “There is not an ugly part of this 158 miles and when it gets quiet and when it’s just us, we’ll get to hear nature and how beautiful that is to just be a part of something bigger than either of us.”

10,000 feet above sea level, a pop of blue moves between the aspens of Gunnison National Forest.

“My name is Helen Gardner and Hank Poore and I are three days in to a four-day trip riding the West Elk Loop here outside of Crested Butte.”

Helen, tall and slender, has a smile as bright as her red hair and baby blue eyes. Waiting alongside mile marker 5 of Kebler Pass, a little quip rings out among the group. She turns, a smile stretched across her face, as she talks to her riding partner, Hank. The nearly 19-year-old teenager smiles back at her from his special-made rig.

The duo met in 2016 through the Kyle Pease Foundation – a program designed to create awareness for differently-abled athletes. Hank, an accomplished athlete of his own, has broken many barriers despite using a power wheelchair and a phone to communicate. Together with Helen, he has run in a marathon and over this week in August, they will ride 158-miles across Kebler Pass.

“We do this for several reasons,” Helen says, her eyes watering as she speaks. “Inclusion and showing that people that may look different to other people can do things like this.”

For this trip, support is key. Helen is joined by her boyfriend and fellow cyclist, Craig, and Hank is joined by his mom, dad, and older sister, Katie.

“It feels great to watch him do this and I also think him getting to see these mountains and stuff is really wonderful because mountains are not always accessible,” Katie says. “Just the fact that he gets the opportunity to come out here and see all this amazing stuff and with one of his favorite people in the planet is really awesome and makes me really happy.”

Dubbed the Big Bike Adventure, this will Helen’s second journey over the pass with an athlete with special needs. Her first ride came last year with a 9-year-old boy named Noah, who also has cerebral palsy. But Hank presents a different challenge – he and his rig weigh 30 pounds more.

“We’re a little sore, we’ve been riding for a couple of days, and Kebler is really a challenging, challenging mountain pass,” Helen adds. “It’s gravel and I’m doing this on a road bike and Hank has never experienced anything like this before.”

Only a few miles in, Helen and Hank hit a dusty, gravel patch. The bike tires just won’t go.

“I’m so mad,” Helen cries out, jumping off the bike in frustration. “I can’t bike and pull him on this stupid hill.”

She leans forward, pushing the bike and Hank through the rough patch. Her head down, she eyes the words taped on her bike stem. It reads “HANK”, in big, block letters. Her reminder to keep going.

“When I say push, I’ll feel him push. And when I need him, I’ll hear him,” says Helen. “And that is invaluable when it gets really hard.”

Four-and-a-half hours in, the top of the pass is now within reach.

Helen, Craig, and Hank pull to the side of the road for one more rest stop.

30 minutes later, the sounds of a bottle filled with rocks shakes in chant as Helen and Hank come into view. Hank’s mom calling out to the two, tired riders – “You made it Helen and Hank!”

Helen gives one more final push, a loud sigh escaping from her mouth. Katie helps Helen off the bike and she turns back to her partner. She can only manage to get two words out.

Helen and Hank finished their Big Bike Adventure on August 31, 2019. Their journey took them four days and stretched across 158 miles with 8,400 feet of climbing. The pair have raised almost $7,000 for Athletes in Tandem. You can donate to their cause at crowdrise.com/helenandhank.