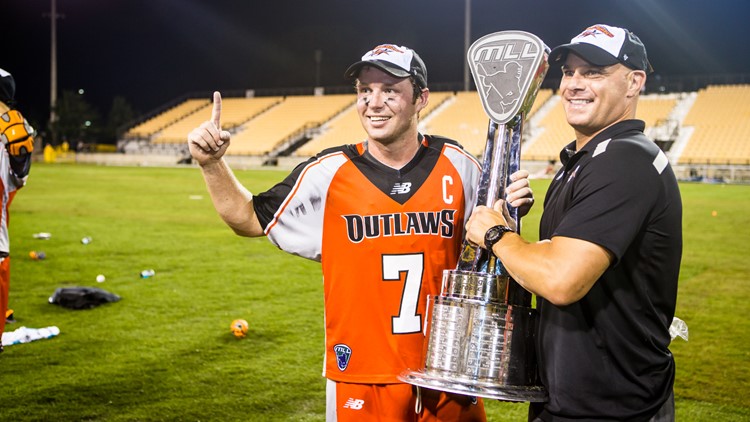 DENVER — On Wednesday the Denver Outlaws announced that former captain and standout Matt Bocklet will be taking over as the new team president.

"I am excited by the opportunity to lead an organization that has such a profound impact on my career and my life," Bocklet said in a statement.

"Everyone talks about the lacrosse community, but in Denver it is exemplified better than anywhere else. Our fans, partners, players, coaches and staff have inspired the Outlaws to consistently be the best professional lacrosse team, and I look forward to bringing a few more championships home."

Bocklet retired in 2018 and is the franchise's all-time leader in games played (144), also appearing in five All-Star games. The Outlaws retired his number in 2019.

"Matt Bocklet has been a dedicated leader for the Denver Outlaws, and the Denver community for the past 11 years," MLL Commissioner Alexander Brown said in the team's release.

"Matt has deep passion for the team and for the sport, and he brings the invaluable experience of having been a player, a coach and a business leader within the organization. We are thrilled to have such an experienced leader take the helm of this storied franchise."

Bocklet most recently served as the head coach for Cherry Creek High School, leading the Bruins to the 2019 state championship title.

Before that, he spent six years as the head coach at Highlands Ranch, where he was named the 2014 CHSAA Coach of the Year.