The DU Gymnastics team earned the No. 2 overall ranking, the highest in program history, as well as the No. 1 beam ranking prior to Sunday's home meet. 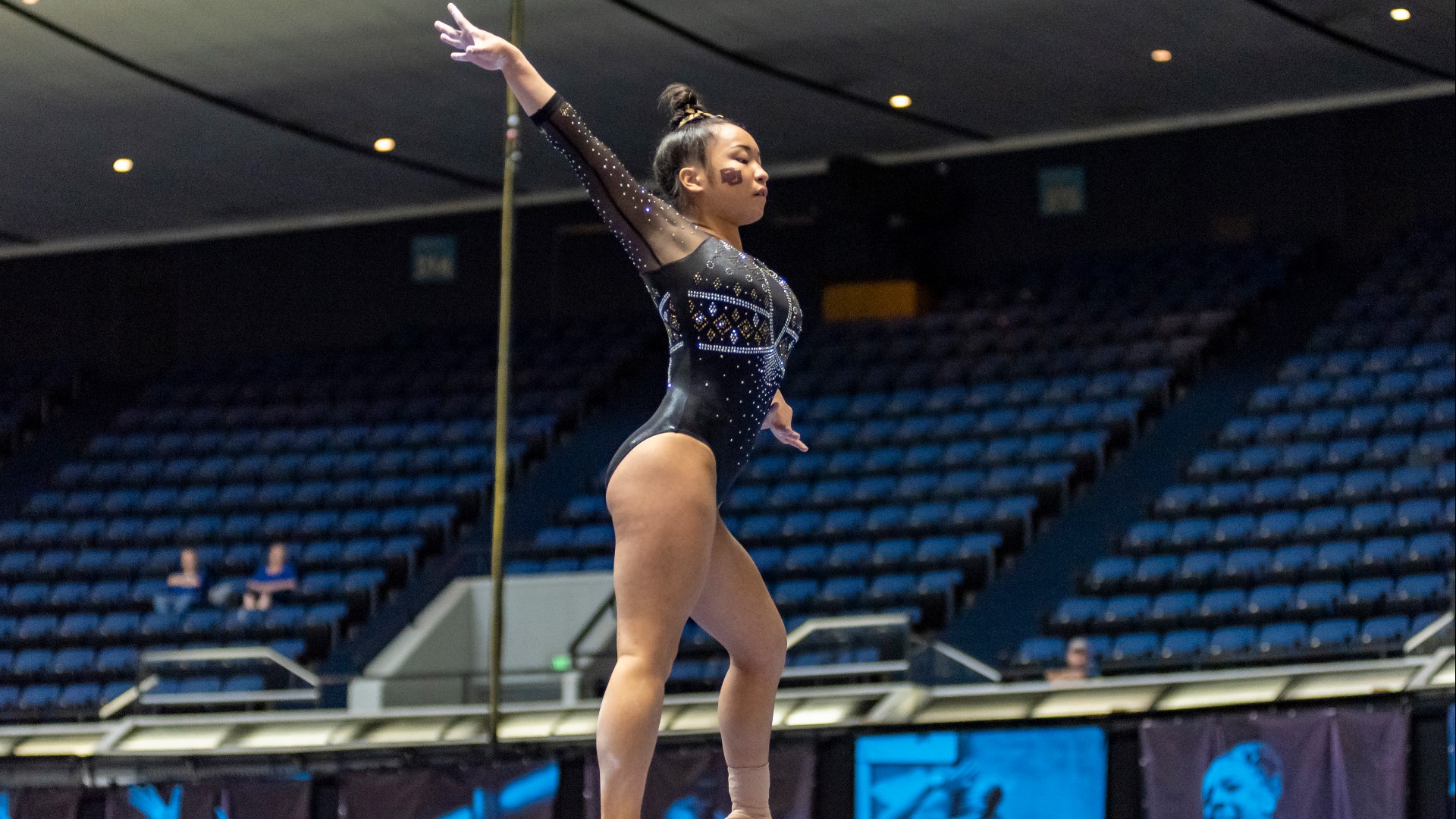 DENVER — Denver Gymnastics is a perennial powerhouse every year, but for the first time ever, the women are ranked second-overall in the entire nation.

"We're really proud, I feel like they're really proud," head coach Melissa Kutcher-Rinehart said. "But what it indicates to me, is the hard work we do every single day in practice."

But that's not all they earned in week one: the beam team raked in the No. 1 spot, as well as an individual No. 1 ranking for sophomore Alexis Vasquez, who earned the elusive perfect 10.

"I remember getting off the beam and just being so happy with my routine, no matter what the outcome was, because I knew I did my best," she said.

Junior captain Mia Sundstrom is an all-around competitor, and remembers the moment fondly.

"That moment brings me chills, immediately," she said. "Alexis is one of the most incredible beam workers in the country and that 10 was so deserved."

Coach Kutcher-Rinehart recalls the many times Vasquez pulled in scores around a 9.5 or 9.95, but never reaching the pinnacle.

"And to get that 10.0 the first meet of the year this season was great, but my happiness is watching her be happy about that and achieving that accomplishment," she said.

But it's not all about rankings and scores, especially not in the first week of a four-month sport. A top program is built on three, or maybe four, principles.

"So we have an overarching philosophy for our team, and it's to build a tradition based on teamwork, character, and excellence. But every year, each team likes to develop its own theme of the year."

Sundstrom proudly spoke about the theme of the 2020 season: meraki.

"Meraki is a Greek word that stands for 'you leave behind a piece of yourself in what your doing' because you put in so much love and passion and joy," she said. "And it helps everyone on the team find their individual role and become the star of that role."

Vasquez interprets meraki as the thing that separates the Pioneers from any other team in the NCAA.

"Overall, our team has just such great character and we know each other so well and I think that's what makes the difference. Any team can be talented but we really have the heart behind it," she said.

Denver hosts its first home meet of the season Sunday January 12 at 2pm, hosting Minnesota. While any home meet is special to the entire Pioneers team, it's something that Boulder-native Sundstrom circles on her calendar each season.

"Being local, I grew up watching the Denver gymnastics team," she said." I was a fan, so to wear Denver across my chest is so special and it brings me so much pride and joy and it's just my constant daily motivation."