The Denver Pioneers won their second-consecutive Summit League title to earn a berth to the NCAA regional in Washington. 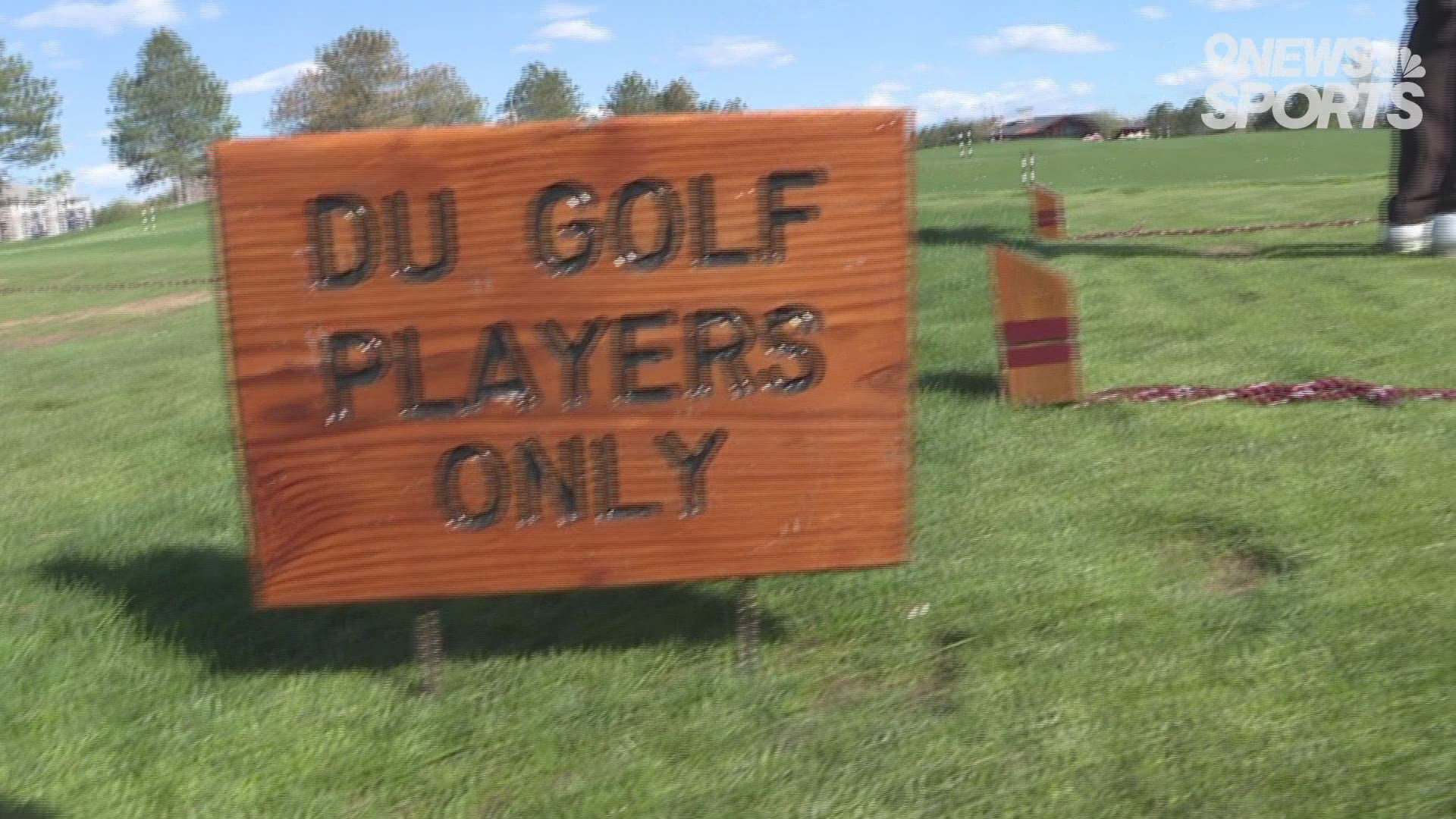 "There's some pressure to it, but I think understanding how that went and dealing with that will definitely help myself and my teammates," senior Jackson Solem said. He won the 4A individual title in 2015 for Silver Creek High School, despite attending Longmont Christian as a student.

His University of Denver teammate Cal McCoy also hoisted a trophy in his home state. The 2018 Regis Jesuit graduate won the team title three years in a row, so he understands playing 'team' golf.

"At this stage, golf is an individual sport, but at the same time, we're playing as a team and it's different, you have to flip the switch a little bit," McCoy said.

But even winning CHSAA's highest honor paled in comparison to a repeat Summit League title.

"Being able to have that success with each other and know that we all had a part in it, whether the guys were there or not, everybody had some sort of part in that win," Solem said. "So that was really awesome."

Solem was pretty awesome, himself. The senior took second place at the league championship and earned an All-Summit League Tournament Team selection.

"Jackson's a really good player. He hits it really far and you know, he's got really good touch around the greens and he's a really good putter as well," McCoy said. "There's really no weakness with Jackson. He's always positive, it doesn't matter what's going on, he's always upbeat and rooting for us and trying to get the best out of us."

For McCoy, that was 'been there, done that.' He earned the Summit League tournament MVP award his freshman year, and he's still contributing to this contending team two years later.

"He never gets too up or too down," Solem said about McCoy. "I know he's a year younger than me but I love playing and practicing with him because he's kind of a role model for me of how he plays the game and how he goes about his business."

And as a role model, it's his duty to command a certain look. The two NCAA Regional-bound golfers are sporting an identical mullet.

A uniform, if you will. But Solem flies solo with his superstitious 'stache.

"We won and I said I wasn't going to shave it until we finished, so hopefully I have it for a few more weeks," he said.

Whether it's the mustache on his face or the way they're playing on the greens, McCoy thinks they're the real deal.

"I think we could make it all the way. We've been progressing every single week," he said. "Even if the results don't show up, at the end of the day, it doesn't really matter what we've done in the past. I think if we can play really well this week, and if we can just focus on one shot and one day at a time, we can go from there."

The men will hope to avenge the women's loss at their own NCAA regional.

Only sophomore Anna Zanusso qualified for the NCAA National Championship as an individual, finishing as the second-best golfer on a non-qualifying team.

RELATED: DU golfer fulfills dream of playing at Augusta one year after lockdown