The flood gate officially opened at 5:30 a.m. and anglers came pouring in. There were over three hundred vehicles in the first few hours. 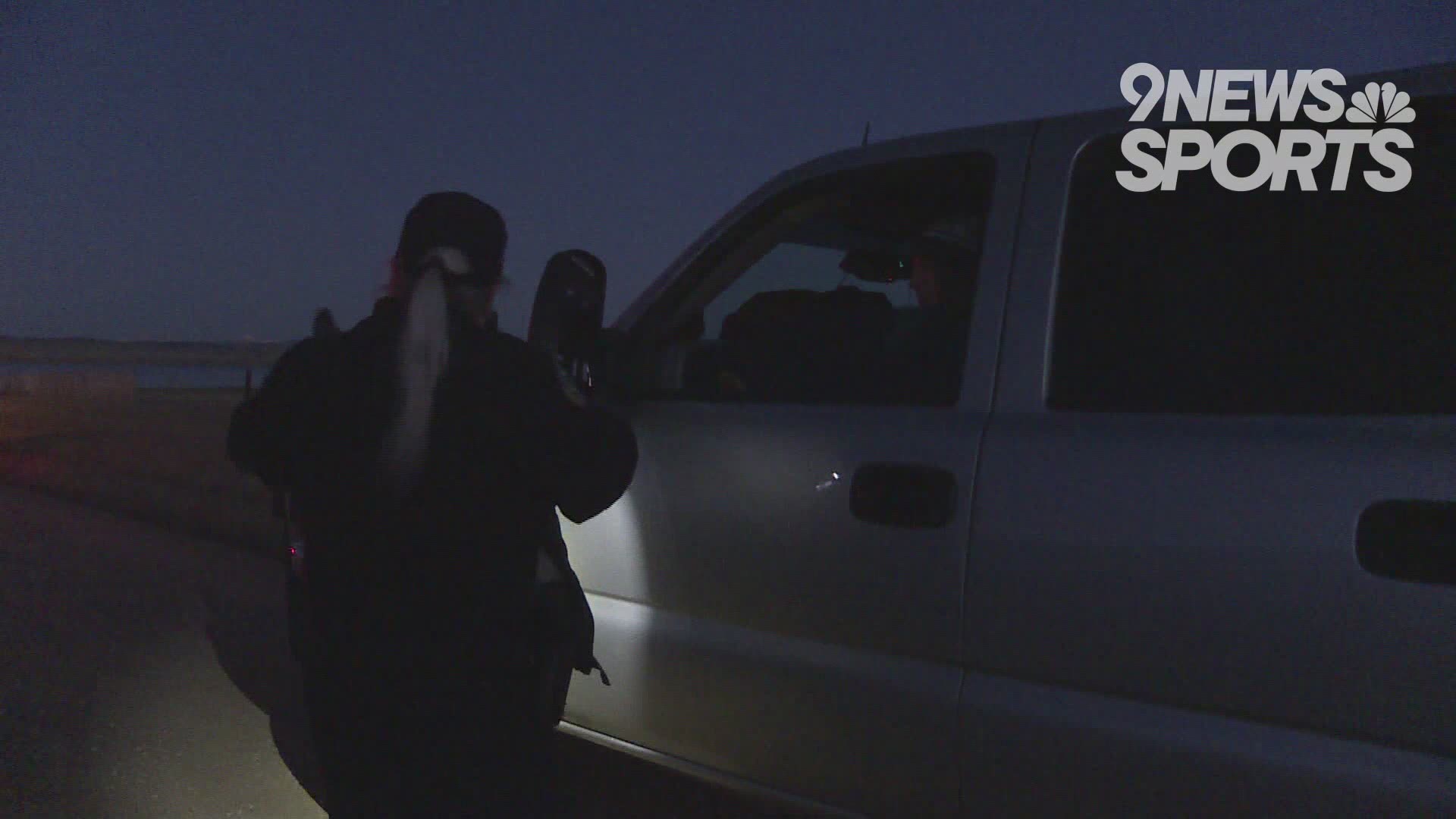 LAKE GEORGE, Colo. — Spinney Mountain State Park was the place to be.

“When I drove in at 3:30 this morning, there was already a line started”, exclaimed Darcy Mount, Park Manager.

South Park’s annual traffic jam did not disappoint. “Generally (speaking), when the word gets out people get up here real quick," said Ron Mangean from Denver.

Like the swallows returning to Capistrano, every spring fishermen lineup at Spinney Mountain State Park.

“Its just opening day, they keep us cooped up away from this place all winter, so if we can be the first ones on it, why not," said Sean Wickman, the first angler in line.

The flood gate officially opened at 5:30 a.m. and anglers came pouring in. There were over three hundred vehicles in the first few hours.

“I’ll call it a fan club, they wait. This is the only place they fish or here on opening day,” said Mount. “So really, this isn’t any different than any other day as far as Opening day goes.”

With one exception, so many boats hit the water, officials had to limit the number of trailers coming into the park. Beyond that, it was business as usual.

“It is the most exciting day of fishing in Colorado," said Gary Karbousky, a fishing guide from Colorado Springs. He circles Spinney Mountain Reservoir’s opening day on his calendar.

“Yeah long anticipated, because they are such large fish. They are just giant fish here. And (there are) lots of opportunities to catch them," said Karbousky

One of the advantages of fishing from a boat is that it allows you to cover a lot of water. But the great things about Spinney Reservoir is that you have just as good a shot at catch fish by fishing from the shore.

“As you can see the shorelines are just filled with folks, and (while) they’re not catching fish today. We have caught so many fish (over the years).  Opening day is a big tradition and you can catch some big fish here," said Karbousky.

That’s the skinny on Spinney Mountain Reservoir. A Gold Medal fishery that is worth waiting in line for.