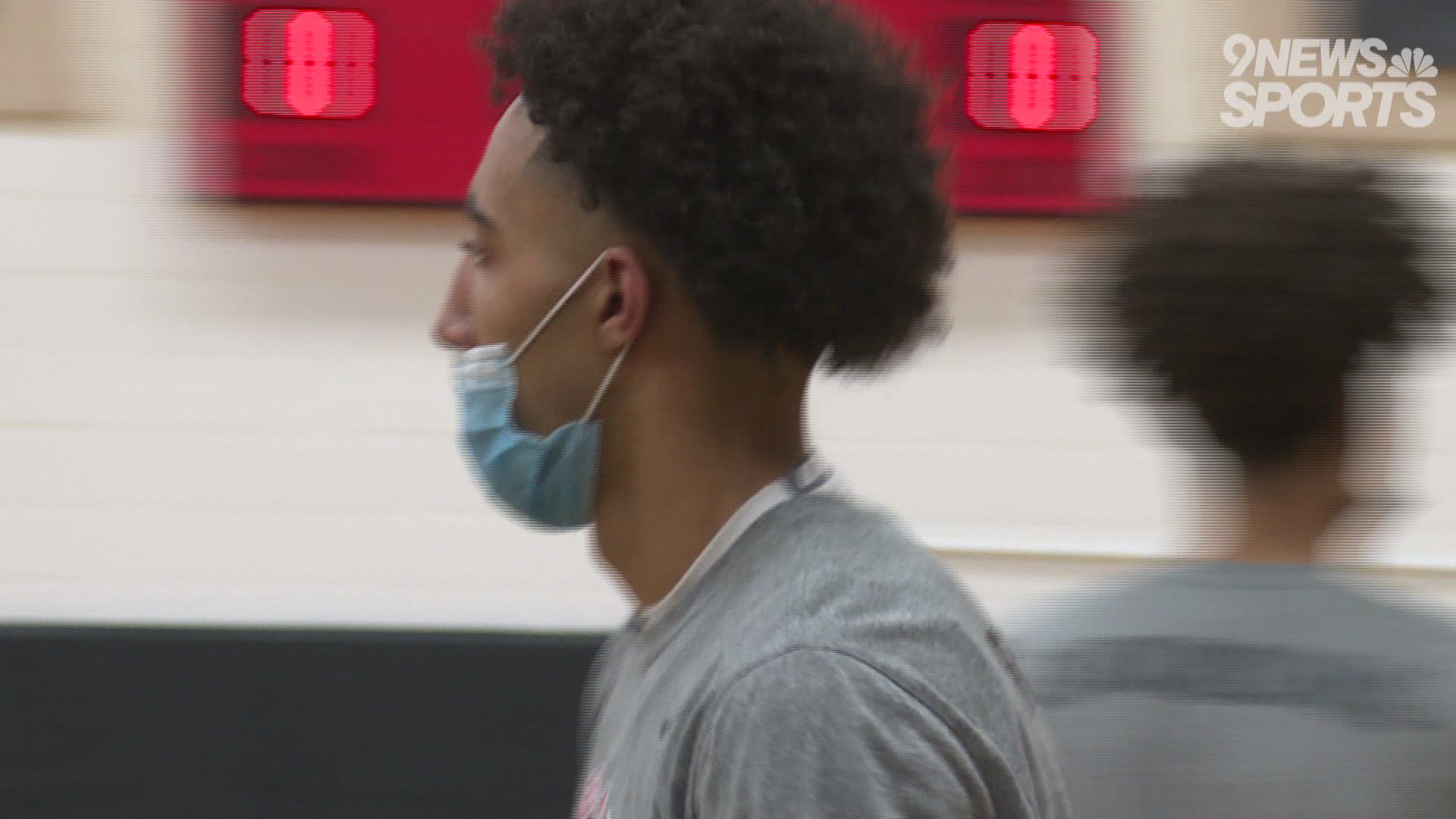 CENTENNIAL, Colo. — Down three at halftime, the Eaglecrest Raptors boys basketball team came to play in the second half in their Tuesday night win against the Arapahoe Warriors.

Outscoring the Warriors by 12 in the second half, the Raptors won 68-60 to earn their eighth win of the season (8-3).

Ty Robinson led all scorers with 20 points on the night, including two loud slam dunks.

The 26 combined points from Jayden Washington and Mostapha Elmoutaouakkil helped the Raptors as well. The game was very evenly matched in the first half especially behind Arapahoe's two quarter-ending buzzer-beating threes.

Eaglecrest was working the ball in the transition game, played tough defense (only allowing 26 2nd half points) and played strong inside through their big man Adrian Price. Price's four points may not stand out in a scorebook but his effort was more than noted in the game's outcome.

Eaglecrest will take on Mullen on Thursday and Cherry Creek on Saturday to close out their shortened 2021 regular season before the state playoff race begins.

Highlights from this game and across the state will air on 9NEWS in the Prep Rally with Scotty Gange Saturday and Sunday morning at 7:45 and 8:45 a.m.

If you would like to send in highlights of your game to be on 9NEWS you can email Scotty at scotty.gange@9news.com or tag him on Twitter at @Scotty_G6!