Emmanuel Sanders thought he was getting a day off from the tough media questions Monday after the loss to Green Bay. His youngest fans had other plans. 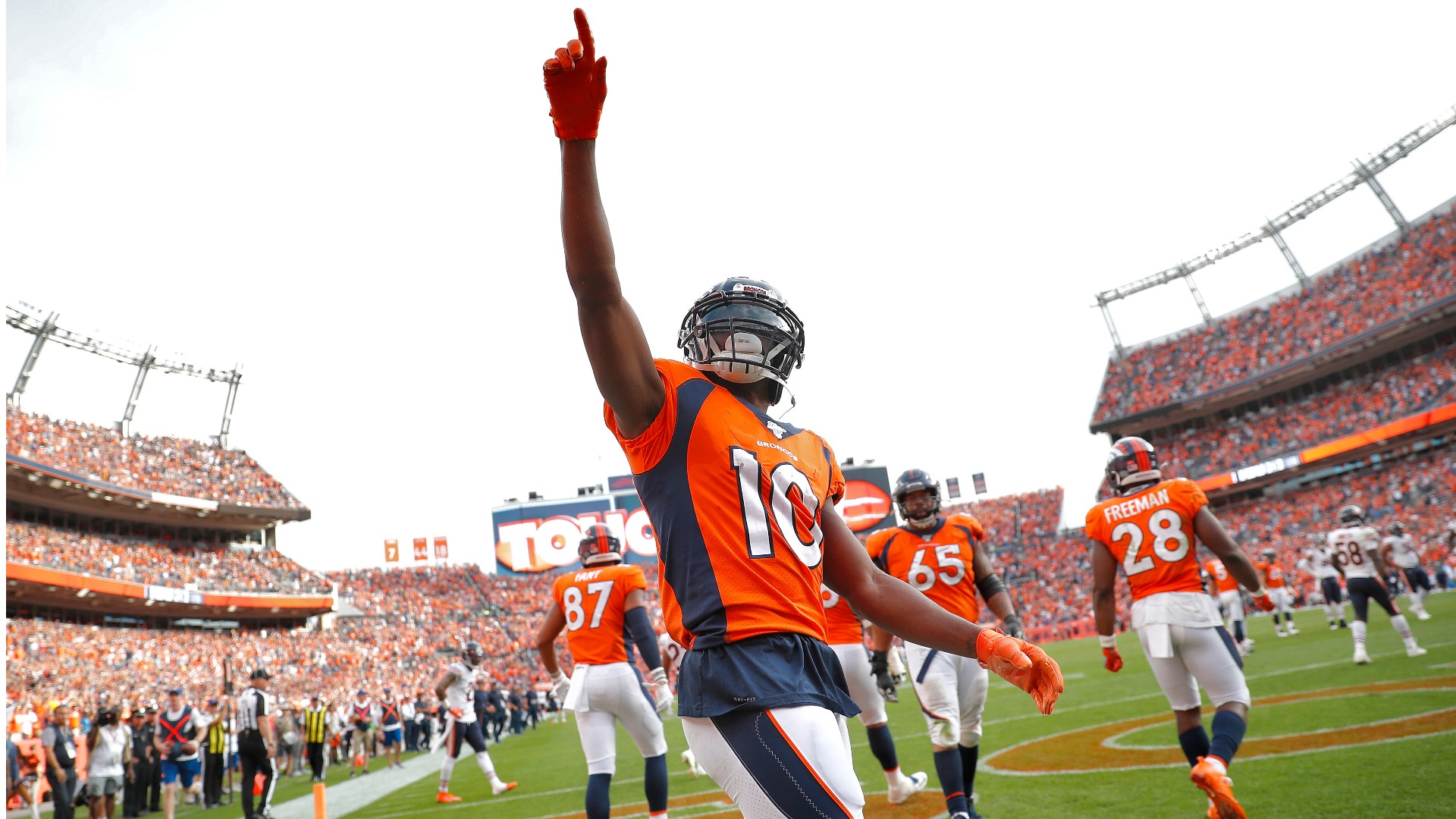 DENVER — Emmanuel Sanders was licking his literal wounds after a tough loss to Green Bay Monday morning. Before his 10:00 physical therapy to treat his quadriceps contusion, he sought after some mental TLC in the form of community service.

Sanders limped through the doors of McGlone Academy in Denver to a standing ovation from about 100 students and staff members. The Academy recently became a middle school four years ago and only just started competing athletically last year, however, the "wolfpack" has not had the proper equipment to play each sport.

Sanders came equipped with a storage locker decked out in orange and the words "Emmanuel's Locker" across the doors. Bags of balls for every middle school sport filled the cabinets donated by Adidas and funded through a campaign by American Family Insurance.

"Emmanuel’s Locker" is a community outreach program of the Emmanuel Sanders ES10 Foundation. The donations are given to students in after-school sports who may not have access to some of the sporting equipment.

"I would go to my parents and I would ask my parents if they could sign me up for sports and we didn't have the financial needs to be able to do that and to support it," Sanders said. "So it was people in my community that kind of helped me pay for my sporting fees and get me right here talking to you guys and to be able to have Emmanuel's Locker."

Mondays are designated days off for Broncos players. Sanders thought he was getting a day off from the tough media questions after the loss Sunday afternoon. His youngest fans had other plans.

"When are you guys going to win a game?" A student posed.

"I don't know! That's actually a great question! These are actually the types of questions I expected, this is what I like!" Sanders laughed.

"Do you love your job?" Another questioned.

"Sometimes," he laughed as he gestured toward his hurt leg.

"When do you plan to retire?" Someone asked from the crowd.

"Shoot, I thought about it last night!" Sanders said. "Three losses in a row!"

Sanders can't retire just yet. As one of the veterans on this team, it's his responsibility to turn this ship around and use it as a lesson for the next generation.