As the Kansas City Chiefs clawed back and completed a Super Bowl victory over Kyle Shanahan's 49ers, Falcons fans went through a range of emotions. 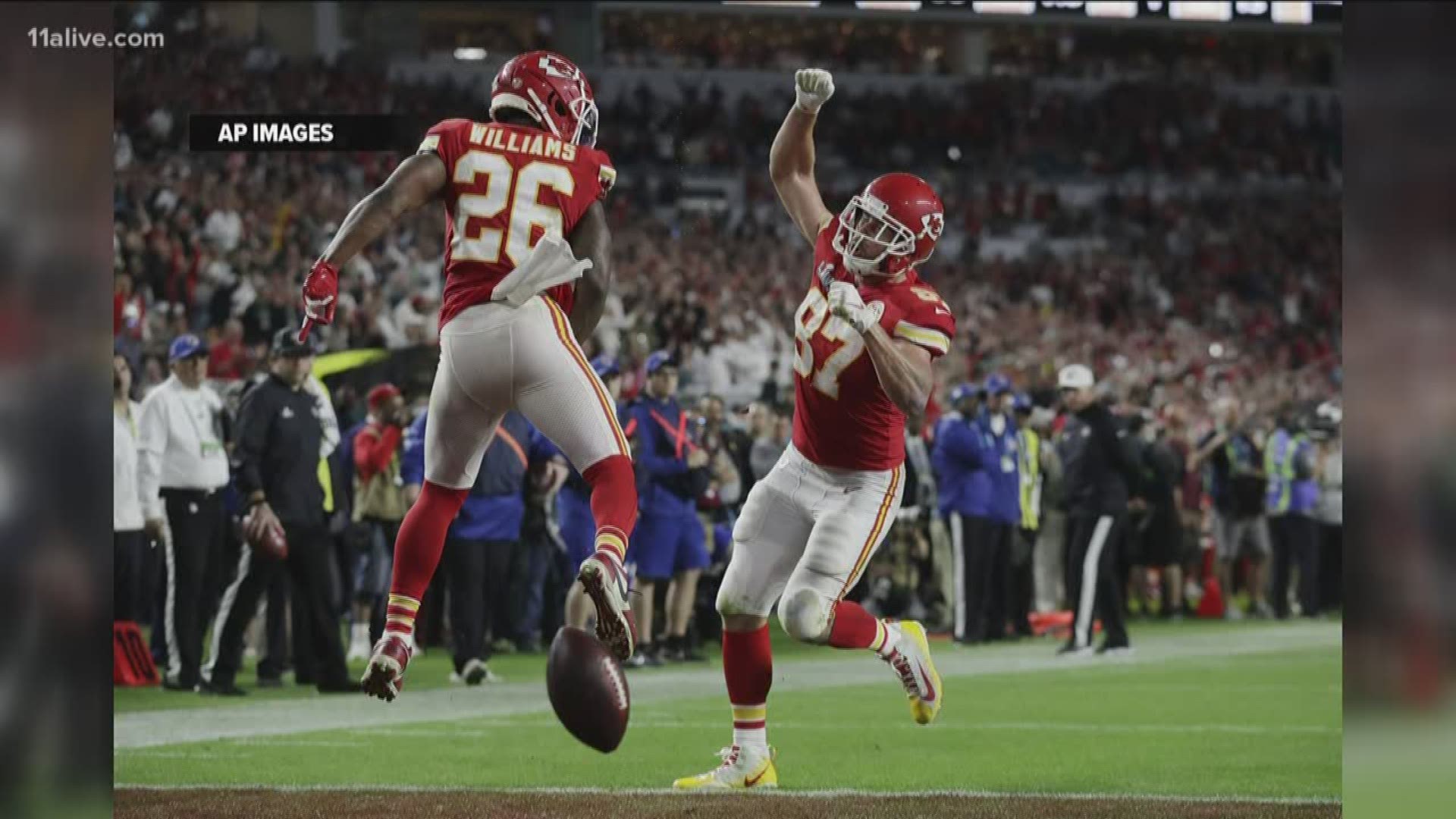 ATLANTA — As the 49ers held a 10-point lead in the fourth quarter of the Super Bowl, one city knew better than any how fleeting it can be with Kyle Shanahan at the helm: Atlanta.

San Francisco was, by ESPN's win probability model, at one point in the fourth quarter better than a 95% favorite to seal the deal. They didn't.

Shanahan was Atlanta's offensive coordinator when the Falcons went to the Super Bowl in 2017, and his decision to continue calling pass plays instead of eating clock by running the ball in the second half is at least in part credited with allowing the New England Patriots to pull off a stunning comeback from down 28-3.

In that game, the Falcons had a 99.6% win probability in the fourth quarter.

And just as the Falcons failed to chew up time and protect a lead as they continued to call for passes that weren't completed, stopping the clock and quickly giving the ball back, so did the Niners conspicuously mute their strong running game.

As the Kansas City Chiefs clawed back and completed a Super Bowl victory over San Francisco on Sunday night, Falcons fans went through a range of emotions seeing one of the worst scenes in the team's history play out so similarly for another franchise.

Over at Sports Illustrated, FalconReport ran the headline: "Kyle Shanahan blew it again."

"Kyle Shanahan got his Jeep stuck in a swamp, but thought he'd have better luck driving into the same swamp in a Honda Fit," the SB Nation blog The Falcoholic tweeted.

National commentators like Stephen A. Smith also laid the blame at Shanahan's feet:

"In the end, Jimmy G couldn’t get it done. But the real culprit here is Kyle SHANAHAN," Smith wrote on Twitter. "From being the Off. Coordinator with a 28-3 lead in 2016, then the head coach for this Super Bowl, he went away from the run & has been outscored 46-0 in both 4th QT’s & OT.#Facts"

A current Falcons player, defensive end Takk McKinley, summed it up this way:

The top 5 trending Super Bowl ads, according to Google

Chiefs are Super Bowl 54 champions after another big comeback