After being diagnosed with Alzheimer's, Pat Bowlen established a three-person trust to run the team and determine which of his children would succeed him as controlling owner. Two of his daughters want the job. Now, his wife Annabel Bowlen is moving in to intervene.

Annabel Bowlen – the wife of ailing Broncos owner Pat Bowlen – has joined the expanding legal battle over which of his children will ultimately control the NFL team, 9Wants to Know has learned.

Much of that dispute is shrouded in secrecy because it is being fought in probate court, where the details of legal documents are not a matter of public record. However, 9Wants to Know confirmed through Annabel Bowlen’s attorney, Hugh Gottschalk of Wheeler Trigg O’Donnell, that she had filed a motion to intervene in the ongoing litigation.

That litigation began in October when Pat Bowlen’s brother, William “Bill” Bowlen, filed a motion seeking the removal of the three trustees running the team, asserting that they were not fulfilling the longtime owner’s wishes. Bill Bowlen believes one of Pat Bowlen’s daughters is ready to take control of the NFL team.

RELATED: Ellis states support for Brittany Bowlen, who would like to one day run the Broncos

In a statement issued Thursday, Gottschalk said that Annabel Bowlen filed the motion in Arapahoe County District Court “because William Bowlen does not speak for her with respect to the trustees’ actions involving the operation and control of the Broncos: ‘We believe that that the Trustees have honored the wishes of her husband and their obligation to the beneficiaries of the trust, and that the filing of a lawsuit by Mr. Bowlen’s brother serves no purpose.'”

At the same time, a 9Wants to Know review of the limited information that is available in probate cases shows that Bill Bowlen’s also is trying to cut off money to the three trustees running the Broncos: Joe Ellis, the team’s president and CEO; Richard Slivka, the team’s executive vice president and general counsel; and Mary Kelly, Pat Bowlen’s longtime attorney.

A motion filed Dec. 14 by Bill Bowlen seeks a court order stopping the trustees “from using the assets of Patrick D. Bowlen for fiduciary compensation or attorney fees and costs,” according to docketing information that is public and that was confirmed by Rob McCallum, spokesman for the Colorado Judicial Department.

PHOTOS | Annabel Bowlen Through the Years

1 / 13
Chris Humphreys
Annabel Bowlen speaks at a ceremony inducting Pat Bowlen into the Broncos Ring of Fame during halftime between the Denver Broncos and the Green Bay Packers. Credit: Chris Humphreys-USA TODAY Sports

RELATED: Pat Bowlen Trust fires back at Bowlen Wallace: She presently 'is not capable or qualified'

Pat Bowlen stepped away from his duties with the team in 2014 after announcing that he was battling Alzheimer’s, a progressive brain disease causes memory loss and a deterioration in cognitive abilities. Annabel Bowlen announced in June she also has been diagnosed with the disease.

When Pat Bowlen gave up his role with the team he purchased in 1984, he left Ellis, Slivka and Kelly in charge of running its day-to-day operations and eventually determining which of his seven children should succeed him as the controlling owner of the Broncos. He established criteria he expected that child to meet – education, including an advanced degree, business acumen, five years of combined experience working for the Broncos or the NFL, and traits such as character, honesty and integrity.

Beth Bowlen Wallace, 48, is one of Pat Bowlen’s two children from his first marriage, and she made it clear last spring that she wanted to succeed him as the team’s controlling owner. Brittany Bowlen, 28 and one his five children from his current marriage to Annabel, also wants the job.

After Beth Bowlen Wallace announced her intention last spring to run the Broncos, the trustees issued a terse statement saying “is not capable or qualified at this time” to lead the team. Instead, it appears the trustees are grooming Brittany Bowlen for the role as controlling owner of the team.

Court documents filed in recent months lay bare the intra-family dispute over the long-term future of the Broncos’ ownership.

RELATED: 'I am capable': Beth Bowlen Wallace on the Broncos and her own personal journey

Among Bill Bowlen’s assertions is that the trustees “are refusing the implement a long-term succession plan that meets Patrick D. Bowlen’s stated goals of keeping the Denver Broncos Football Club in his family and under the management and control of his children, knowing that implementation of that plan essentially means the defendants will be working themselves out of a position with the Denver Broncos Football Club.”

Ellis, Slivka and Kelly, Bill Bowlen charged, “are causing dysfunction within the Denver Broncos Football Club and the Bowlen family.”

Bill Bowlen at one time had an ownership stake in the team but sold it to his brother years ago. He supports Beth Bowlen Wallace taking control of the team.

On Nov. 23, attorneys for the trustees sought a stay in Bill Bowlen’s motion while they asked the NFL to step in and settle the dispute. 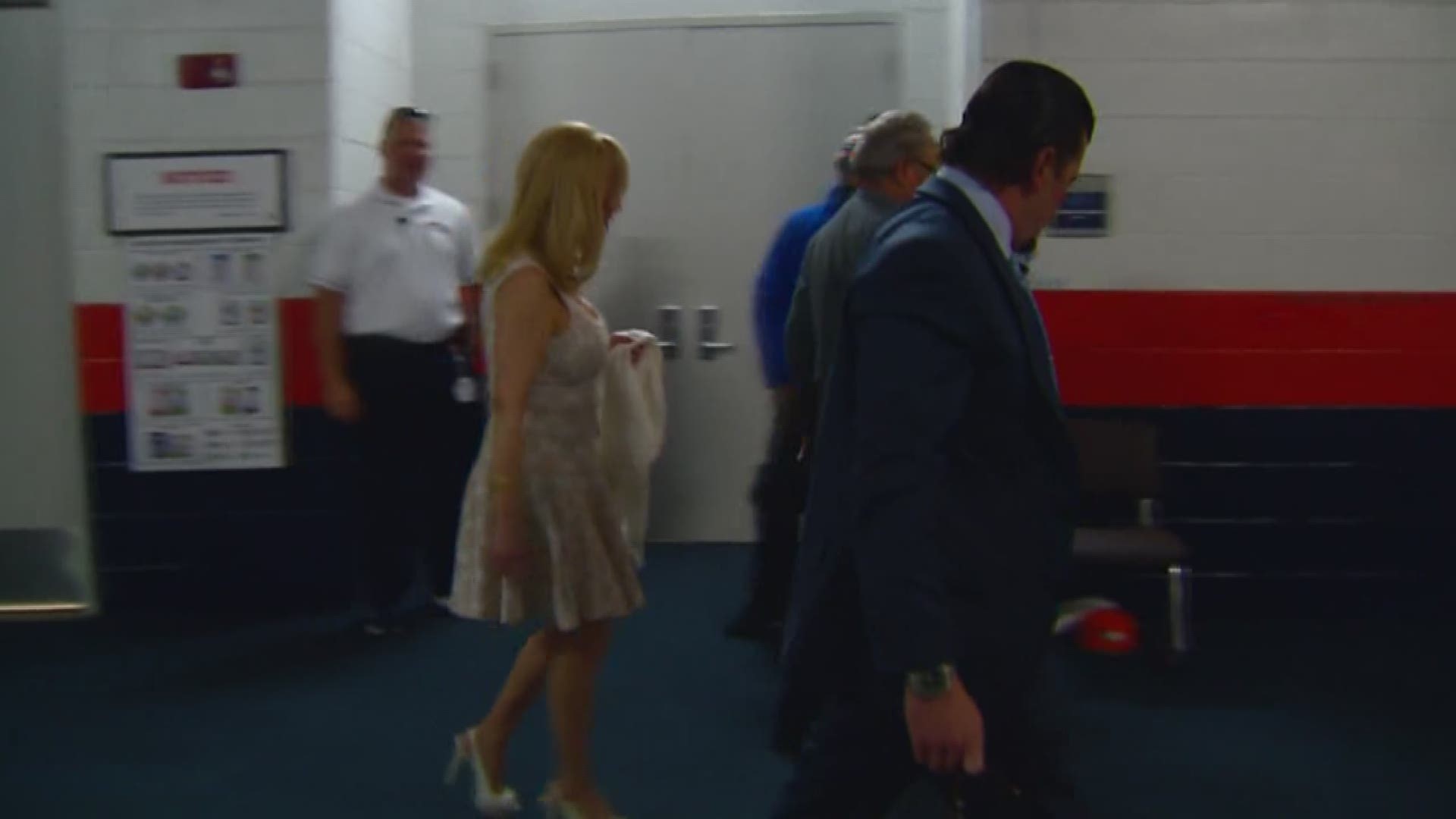 RELATED: Annabel Bowlen, wife of Broncos owner, announces she too has Alzheimer’s

That filing, a copy of which was obtained by 9NEWS, also reiterated the position of the trustees: “Simply stated, in the trustees’ judgment, Ms. Wallace lacks the business experience and acumen, knowledge, leadership skills, integrity and character necessary to be the sole individual running an NFL franchise valued at $2.5 billion.”

In a Dec. 8 court filing, Bill Bowlen objected to the effort to have the NFL settle the issue and sought a hearing. Since then, the trustees have asked for more time to answer his filing and his request to cut off money, and Wednesday Bill Bowlen answered them with a new filing of his own.

No hearings have been scheduled, although District Judge Charles M. Pratt has scheduled time in January to review the case.