Jeremy Bloom was declared ineligible by the NCAA nearly 20 years ago due to NIL rules. Now, he's celebrating the overturned rule for the current athletes. 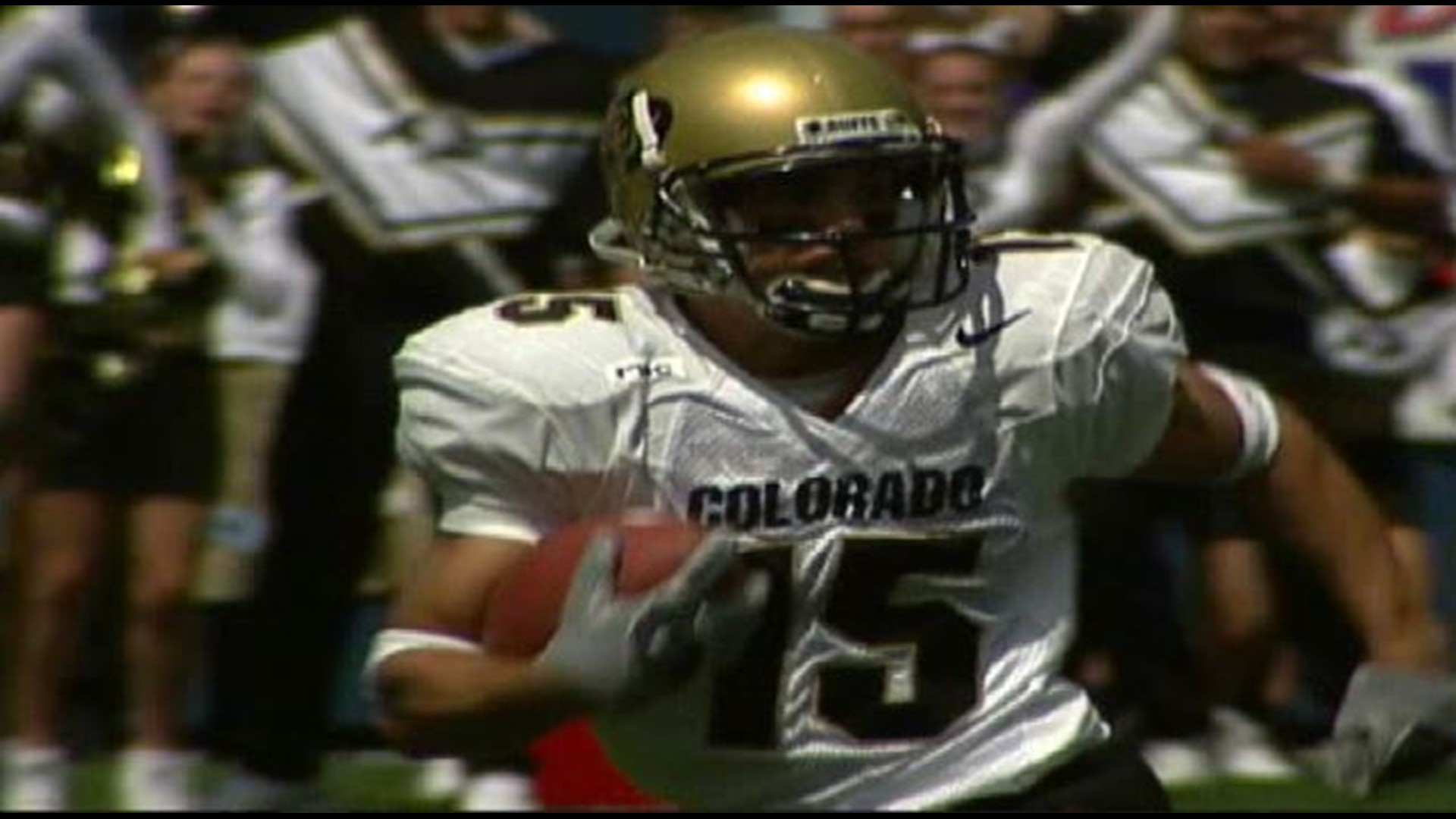 DENVER — Jeremy Bloom sat at a podium on Colorado's Boulder campus in 2003, after his sophomore year with the Buffs. He had just completed two spectacular seasons as a wide receiver and punt returner, finishing on the All-Freshman team in 2002, and setting a record for the most combined return yards (kick & punt) in a single game against Baylor with 143 kickoff yards and 107 punt-receiving yards in 2003.

"My desire to be here next year, is just as great as it is to win that gold medal," he said. "Unfortunately the NCAA possesses enough power to kick me off of the football field and take away my scholarship for school. I only want what's fair."

With its unyielding power, the NCAA did declare him ineligible for his final two seasons.

"The NCAA said 'whoa, hold on, you can't just come in here and play college football and be an Olympic athlete and accept those endorsements that you use to pay for your ski career,' so without that income stream, it makes it virtually impossible to do your sport," he said.

Picking between his two passions at 19 years old was nearly impossible, he said.

"I remember it like it was yesterday, that I could make 5, 6, $700,000 as a 19-year-old, and that's a lot of money no matter who you are, let alone at 19! And then I said, I would never get the chance to play college football for the school that I've always dreamed to play for."

He followed that dream for two seasons, until he decided to train for one final Olympic game in Turin, Italy in 2006. Needing the funds to pay for his training, the decision became clear.

He spent the better part of the next two decades fighting against the oppressive governing body, even taking the NCAA to court, suing for his name, image, and likeness (NIL). This past Wednesday, the NCAA announced its support for a proposed rule change allowing college athletes to receive compensation off these rights. Under the new rules, student-athletes can monetize third-party endorsements, as well as social media, owned businesses and personal appearances.

The new legislation will be drafted in October, with a vote occurring no later than January 2021. If the legislation passes, NIL rights will go into effect for the start of the 2021-22 academic year.

"It would threaten amateurism as we know it, it would threaten the institution of the NCAA, that's been their talking point of the last five decades," he said. "Then to see the news come out [Wednesday] and to have them say, 'we were wrong and we're changing our stance,' I mean, that's a monumental change."

While many argue that recruiting can be more advantageous with money involved, Bloom says recruiting advantages already exist with larger programs.

"The locker rooms are state-of-the-art, the stadiums are beautiful, they sell out, they win national championships, they've got Nike on their chests. So those recruiting advantages already exist."

This ruling doesn't just help the football and basketball players from large schools. Bloom says, consider the other athletes.

"[Take for instance,] the female soccer player can now sign an endorsement contract to go sign autographs at the local car dealership for $250, or whatever that market rate is. And hey, when you're in college, $250 is a lot of money!"

"And in this country, you get paid for your skills, it's why we go to college. When we get a job out of college, they don't just hire us out of philanthropy, they hire us because we have a skill set that will add value to whatever they're doing. That's no different than what's happening with college athletics."

RELATED: CU's Rick George: 'Eliminating sports not at the top of my list'