Elaine Cheris has been fencing and coaching for 40 years. The former three-time Olympian herself has a unique fencing studio in Denver that shows off her wild side. 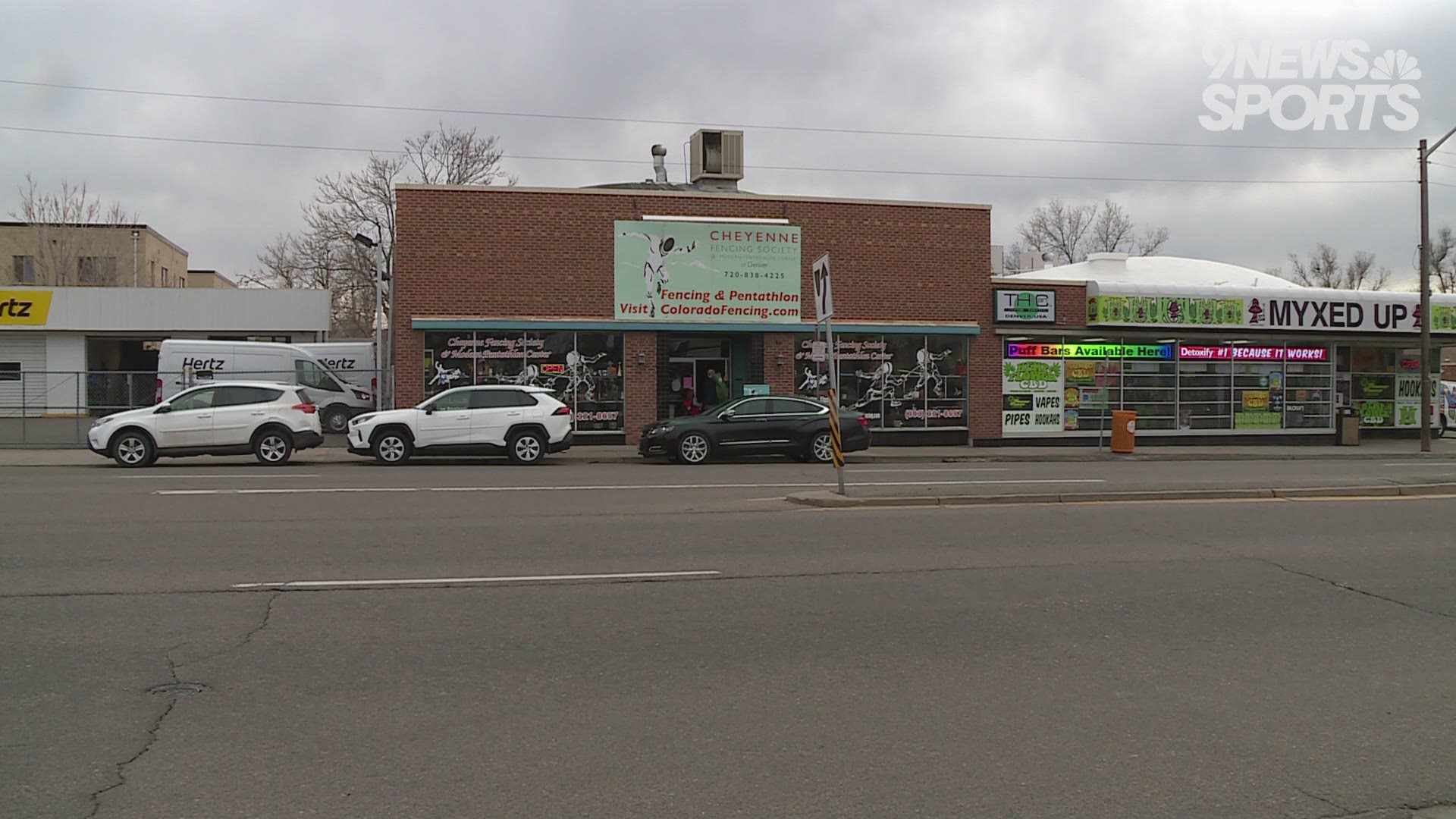 DENVER — Across the concrete jungle of busy East Colfax, and through another jungle inside, hides ones of the greatest kept sports secrets in Denver.

"The first thing I noticed were all of the animals that were around everywhere," Claire Green said. "But when you're training and you're able to look up at the walls and see so much Olympic memorabilia, I think it's extremely motivating."

Claire is new to the sport of fencing and found herself at Cheyenne Fencing Society & Modern Pentathlon Center of Denver, earlier this year. The studio's owner Elaine Cheris is known to be a collector of sorts.

"I like the animals, people drop the animals off when they can't take care of them anymore. It makes it fun," Cheris said, as she held two macaw parrots on her shoulders.

The animal lover and apparent museum curator is also a decorated fencer.

"Sometimes it's still not believable to say my mom's a three-time Olympian," her son Zach Cheris said, who is also training to become an Olympian himself. "Not everybody gets to say that. It's such a big opportunity for me, as well, to have someone like her in my life."

It's an opportunity that is now growing in the Denver community. Cheris opened her studio in 1989, and the 75-year-old said she has been training and teaching every day since.

"It seems like every year [the students are] better and more talented, more focused, the parents are wonderful, the kids are awesome," she said.

Cheris said she loves to teach the youngest ones how to appreciate the sport she loves. Her passion, though, is training the next generation of Olympians.

Green is her newest project: A 24-year-old pentathlete, who excels in running and swimming, but only started fencing, horseback riding, and shooting seven months ago. She chose Cheris for her expertise, as well as her welcoming nature.

"The expectation for all of the athletes is very high and it stays high day in and day out," Green said. "They feel that they have a safe space and a space where they can work hard and be themselves and that's also unusual for a sports arena."

Rob Stull, the CEO of USA Pentathlon, identified each photo on the wall of past Olympians simultaneously as he watched his recruit Green practice. The museum-like nature of her studio only helps to inspire the next crop of athletes.

"It's just a phenomenal place. You can go around the country and the strongest fencing team in the world is the United States," Stull said. "Programs like this are what feed that beast."

But you can bet your tail that you'll never find another program quite like Elaine's menagerie.

"It's just an interesting life," she said. "I would recommend it."