The No. 14 seed is remarkably headed to the state championship game. 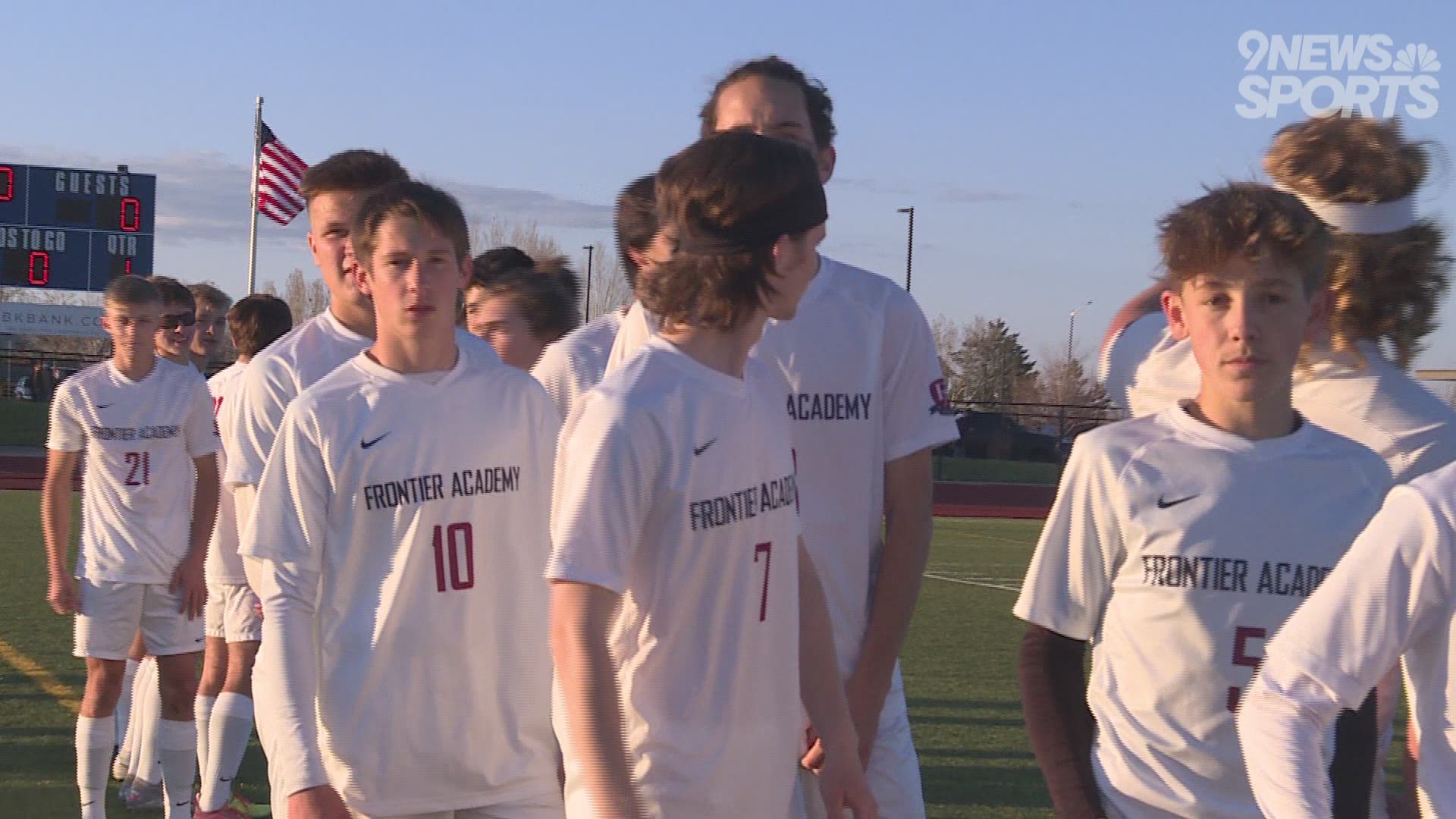 LONGMONT, Colo. — The 3A Colorado state championship soccer game is set as No. 1 seed Colorado Academy will take on No. 14 Frontier Academy on Saturday night in a battle of the academies.

In the first 3A semifinal game on Wednesday night, Colorado Academy continued an undefeated season, taking down KIPP Denver Collegiate 2-1 in a back and forth battle.

Frontier Academy shocked the state and took down No. 3 Lamar then No. 6 Manitou Springs followed by a wild victory over No. 2 Liberty Common in the second game to also earn a spot.

Frontier Academy scored both of their goals via the penalty kick from senior forward Seth Shepperd to win 2-1 in a game that had a remarkable amount of energy on the field and in the crowd.

Liberty Common had beaten Frontier Academy twice already this season, as the two play in the same league.

The 3A state championship game is scheduled for a 6:00 p.m. kickoff in Colorado Springs on Saturday night.

>> Watch the extended video above that includes an interview with Frontier Academy's Seth Shepperd and see the highlights on the 9NEWS Prep Rally on Saturday morning!

Catch the 9NEWS Prep Rally with Scotty Gange Saturday and Sunday mornings at 6:45, 7:45, and 8:45 for highlights and feature stories from around Colorado in the high school athletics community.