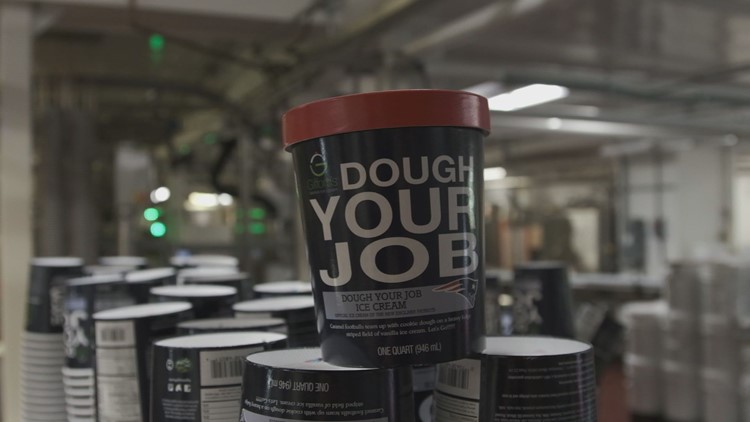 The name "Dough Your Job" was chosen as a play on the team's mantra, "Do Your Job." Vice President of Sales and fifth generation ice cream maker, JC Gifford, said in a statement, "On any given Sunday, you can hear the Patriots legendary head coach and quarterback uttering these simple words, 'Do Your Job'. It’s become a team saying, and it’s all about staying focused on hard work, preparation, and the attention to detail needed to win. We believe the same at Gifford’s."

Fans were first able to try the new recipe at the team's fourth preseason game at Gillette Stadium on August 29. Patriots alumni Scott Zolak and Matt Chatham joined Gifford’s for a tailgate party called "Crush the Quart", where fans raced to take down a whole container of the new treat. Awards like free Pats tickets and free ice cream were given out to winners.

"Dough Your Job" is available for purchase at Gillette Stadium and will be rolled out in grocery stores throughout New England after Labor Day weekend. The flavor will be available at the Gifford’s five family-owned ice cream stands in Maine on August 30.