AURORA, Colo. — Charlotte Hillary and Bo Wardynski are leaving Colorado with a big win to show their future coaches.

The college-bound golfers captured the girls and boys championships at the 2020 Colorado Junior Amateur at Commonground Golf Course on Wednesday.

Wardynski, a recent Regis Jesuit High School graduate, won the boys title by two strokes. He finished 4-under par over the three-round tournament, including carding a 68 (3-under) in Wednesday's finale. It was just enough to fend off a blistering 65 posted by Hunter Swanson, who finished runner-up.

"I've seen a lot of other guys picking up the trophy every other year. It's nice to be part of that," he said. "Just such an awesome feeling." 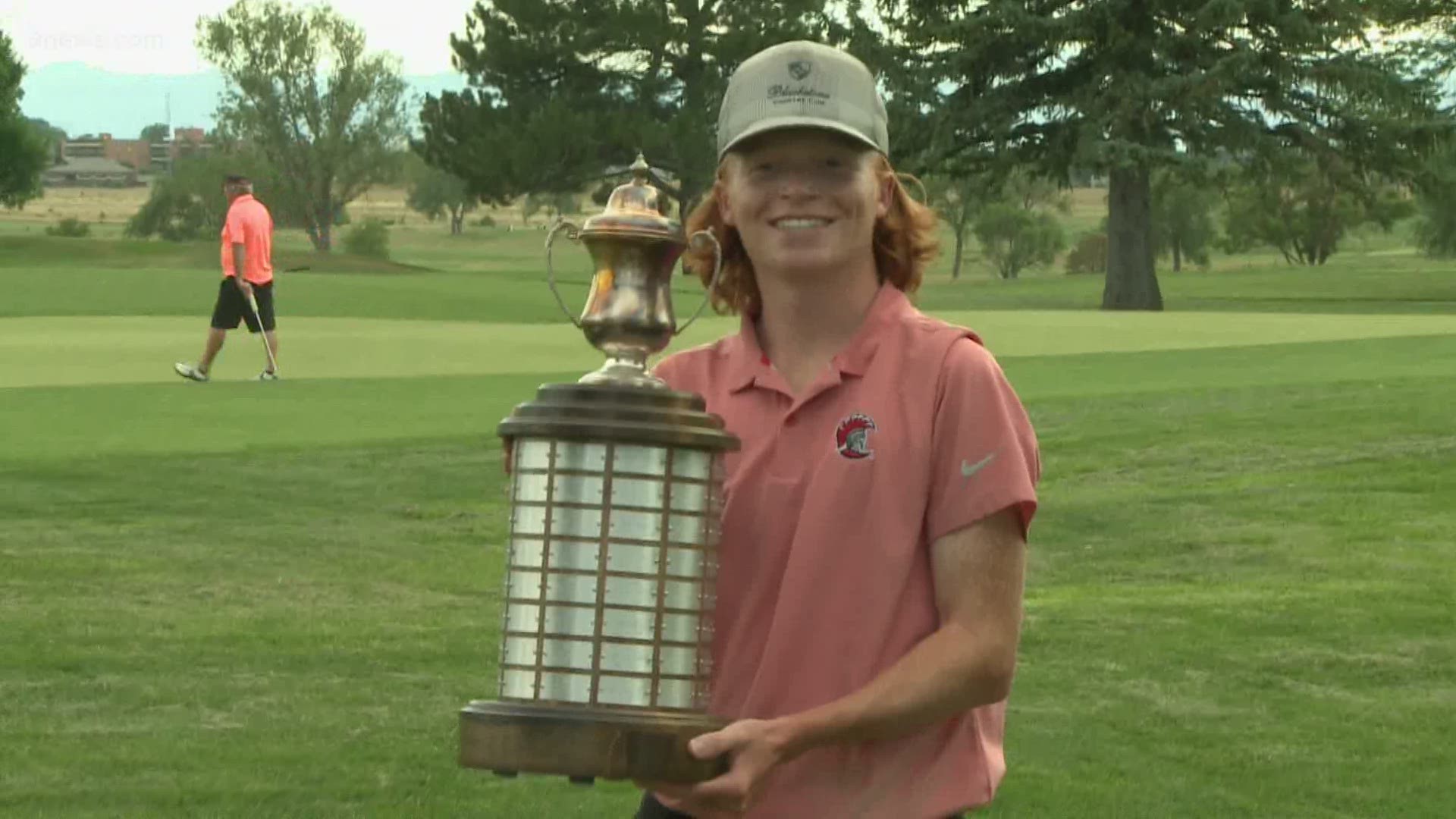 Believe it or not, the chase for the girls title was even closer.

Charlotte Hillary and Aubri Braecklein needed extra golf to decide the girls champion. Tied after 18, the two returned to the No. 1 tee box for a playoff hole.

Hillary, who recently graduated from Kent Denver, had an impressive approach shot which she followed up by sinking a birdie putt to edge out the victory.

"To end on a high note feels pretty good," she said. "I was hitting the ball as well I ever have, so that really helped me out today."

The birdie putt Hillary sank on the playoff hole was a shot at redemption, after missing an even closer attempt for the win on No. 18.

"I definitely was not as focused there, as you probably saw," she said with a laugh. "But it was good to have another good shot and I wasn't that nervous standing over the ball (on her winning putt)."

Hillary is heading to Northwestern in the fall, while Wardynski is going to the University of Tampa. Both plan on continuing their golf careers in college.

Catch more coverage of the 2020 Colorado Junior Amateur on the 9NEWS Prep Rally this weekend!