Bryant was a spectator when Cherry Hills hosted the Amateur in 2012, but has played in a pair of USGA Championships. 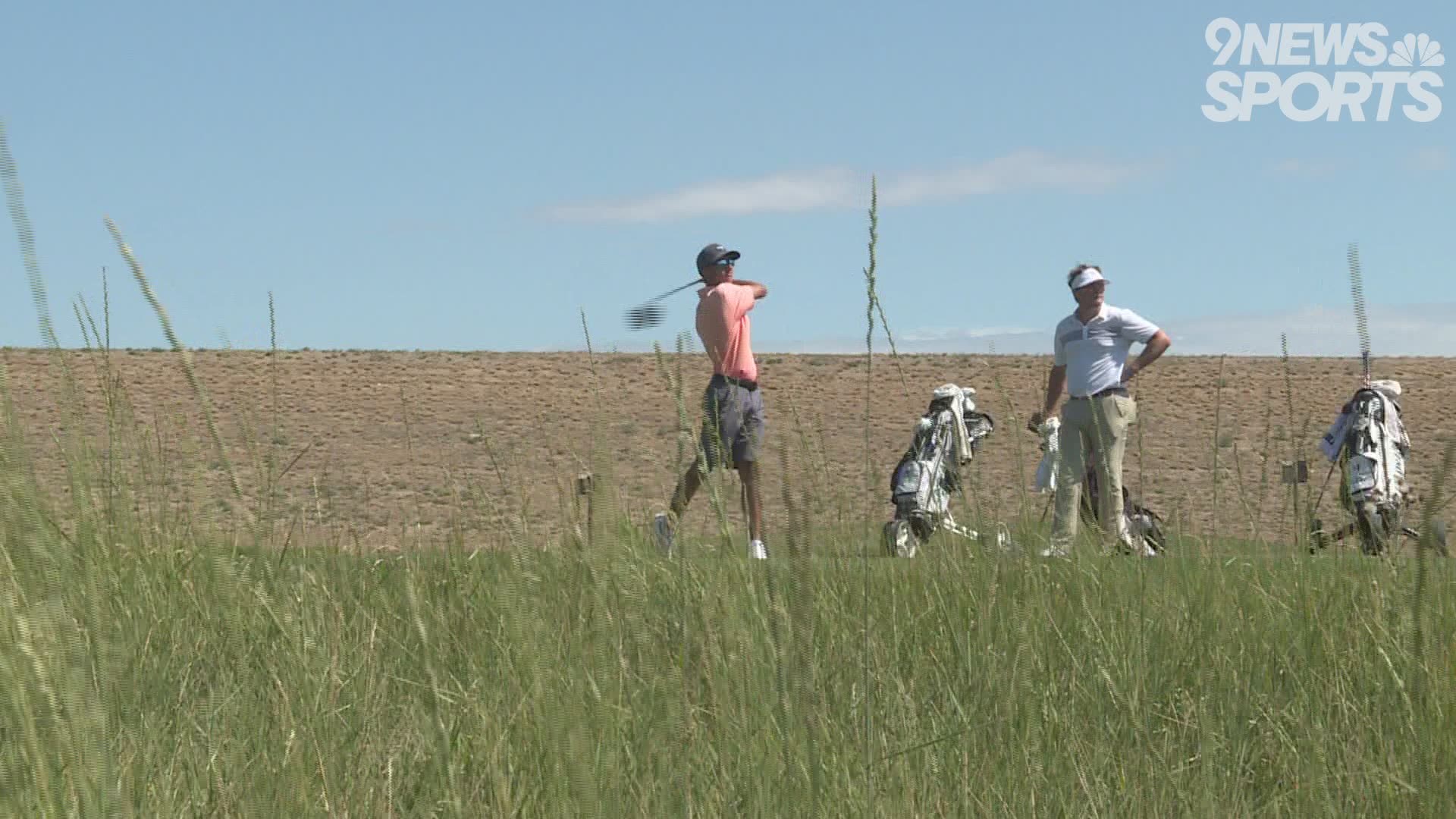 AURORA, Colo. — It’s not his home course, but Davis Bryant appeared to be right at home when tee'd it up at CommonGround golf course.

"I know that I’ve pulled it off before, and you just need to believe in yourself.   That’s the big thing I’ve tried to instill in myself I’d say the last three or four years since I started to play consistent golf," said Bryant, as junior on the CSU golf team.

Bryant took aim at back-to-back CGA Amateur Championships on the same course he won the 5A state championship in 2017.

“Oh, it’s a great problem to have. It’s great to hold onto that thing for a year," said Bryant with a smile.

The 20-year-old was coming off a tie for 57th in the Colorado Open at Green Valley Ranch Golf Club, where he competed against professionals.

“Last week was a great preparation, being on my home golf course was awesome," said Bryant.

The young man has made a name for himself here in Colorado. In a couple of weeks, he will join some of the games all-time biggest names, by competing in the US Amateur.

“Fortunately, I was given this opportunity this year. I’m super excited and can’t wait to get there, but at the same time I want to play well. I want to show what Colorado kids can do," said Bryant.

He was a spectator when Cherry Hills hosted the Amateur in 2012. And has played in a pair of USGA Championships. Bryant has an ace in the hole when it comes to battling the elements at Bandon Dunes.

“My dad will be on the bag, so he’ll be able to help me out with bad weather we might get.  And probably will get," said Bryant.

Now that is a father / son golf trip for the ages. One Davis hopes includes bringing the Havemeyer Trophy back to Colorado.

“It would have to be a special week to obviously make it to the final match. It would be terrific," said Bryant

A terrific prize for a terrific golfer.