The Westminster native captured her first professional win in her home state on Friday. 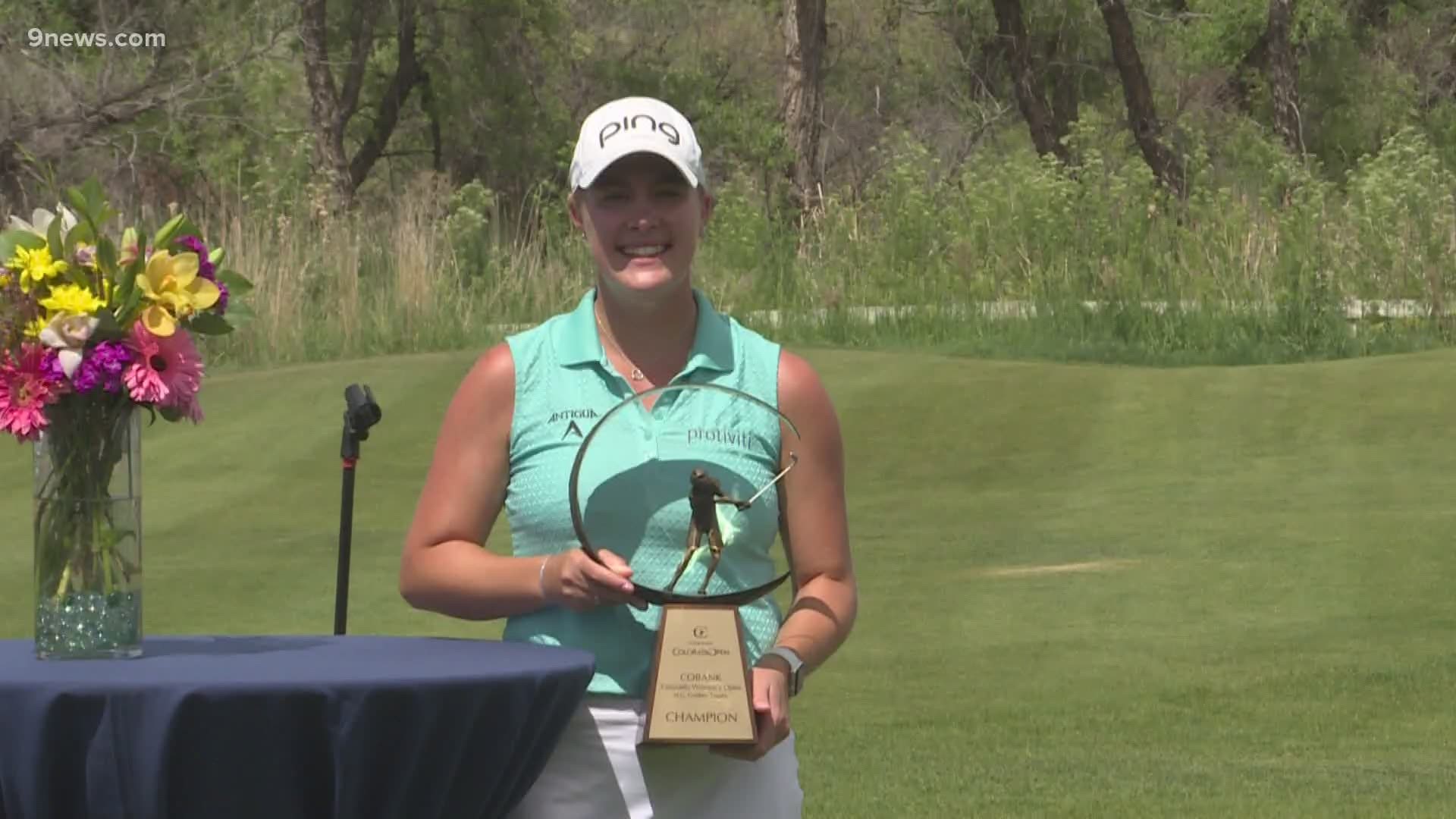 DENVER — There's no place like home for Jennifer Kupcho.

The 23-year-old golfer from Westminster has achieved a slew of notable accolades in the past year-plus, and she added the title of CoBank Colorado Women's Open champion to it Friday.

Kupcho returned home to capture the three-day tournament at Green Valley Ranch Golf Club by three strokes -- finishing 16-under par. It is her first victory since turning professional.

It also erases the bittersweet taste she experienced as the tournament's runner-up two prior times.

"Honestly, it's crazy to just be back competing," she said. "I was a little nervous coming down the stretch and my game probably was not ready for that, but it's really cool to pull it off."

All eyes were on the Jefferson Academy alum from the opening round on Wednesday. Kupcho got off to an impressive start by carding a 67 on the first day, then followed it up with a blistering 65 (7-under) Thursday.

In Friday's finale, she was battling against Carlota Ciganda of Pamplona, Spain (who is ranked No. 15 in the world in LPGA rankings). Ciganda closed the gap to as little as one stroke on the back nine, but a bogey on 18 dropped her three back of Kupcho at 9-under.

"It's exciting to do it in front of my parents and a little bit of a hometown crowd," she said. "It's fun to be able to compete instead of just playing with friends."

Kupcho will receive $50,000 of the $150,000 tournament purse for winning. The title also includes a 15-year exemption into future Colorado Women's Open Championships.