Jon Rahm tests positive for COVID-19, withdraws from The Memorial with 6-shot lead

Two PGA officials broke the news to Rahm after he finished his third round. 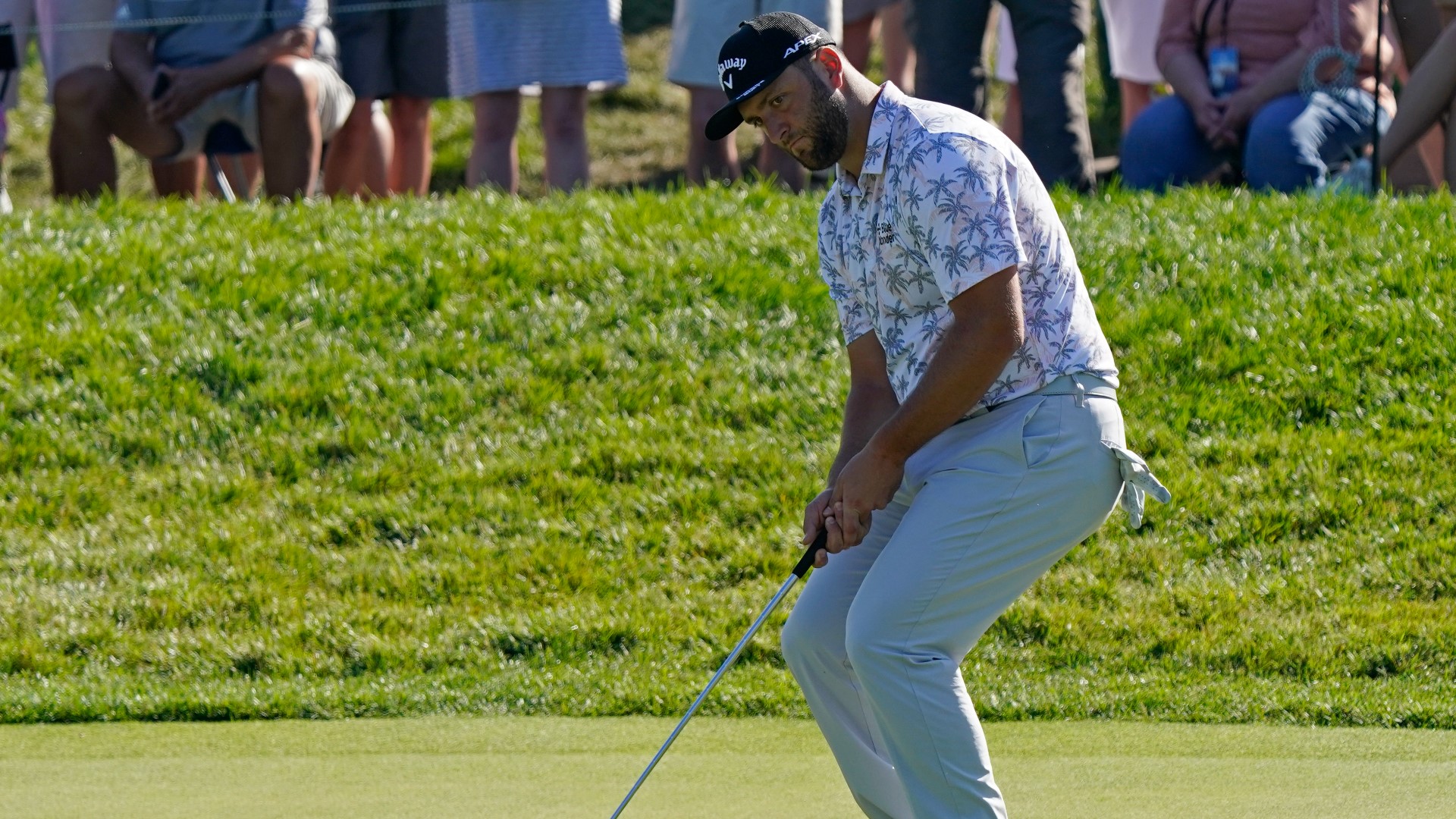 DUBLIN, Ohio — Reigning Memorial Tournament champion Jon Rahm learned he tested positive for COVID-19 and has to withdraw from the tournament, according to the PGA.

Two PGA officials broke the news to Rahm after he finished his third round.

Jon Rahm has tested positive for COVID and has to withdraw from the Memorial with a 6-shot lead.

On May 31, the PGA says Rahm was notified he was subject to contact-tracing protocols due to being in close contact with someone who was COVID-19 positive.

Going along with the TOUR's COVID Health & Safety Plan, Rahm was given the option to stay in the competition and enter its tracing protocol, which includes daily testing and restricted access to indoor facilities.

Rahm had tested negative until his most recent test which was taken after he finished his second round Saturday morning and before the third round started.

The PGA TOUR medical advisor told Rahm immediately after he finished the third round.

Rahm will have to stay in isolation through June 15, in accordance with CDC guidelines.

"While this is an incredibly unfortunate situation, throughout 50 events since the PGA TOUR's Return to Golf, there have only been four positive tests (including Rahm) within competition; Rahm is the first positive, asymptomatic case as part of the TOUR's routine, contact-tracing protocols," the PGA said in a release.

I feel very bad for Jon Rahm. He’s played absolutely brilliant golf this week. Jon knew as early as Monday that he had come in close contact with an individual who tested COVID positive, and he followed all PGA TOUR protocols as it relates to contact tracing.

Before learning the news, Rahm started the day strong, finishing with a 64 and a six-stroke lead in the tournament.

Now that Rahm is no longer in the tournament, 2019 Memorial Tournament champion Patrick Cantlay and Collin Morikawa head into Sunday with a tie. Both players are 12 under par for the tournament.

Cantlay finished the day four under par for the round and 12 under for the tournament.

Morikawa put in a strong day as well, finishing the day with six under par for the round and 12 under for the tournament.