The Bearcats have the newest high school football field in Colorado. The team's new field replaces its old pasture, after opponents said they wouldn't play there. 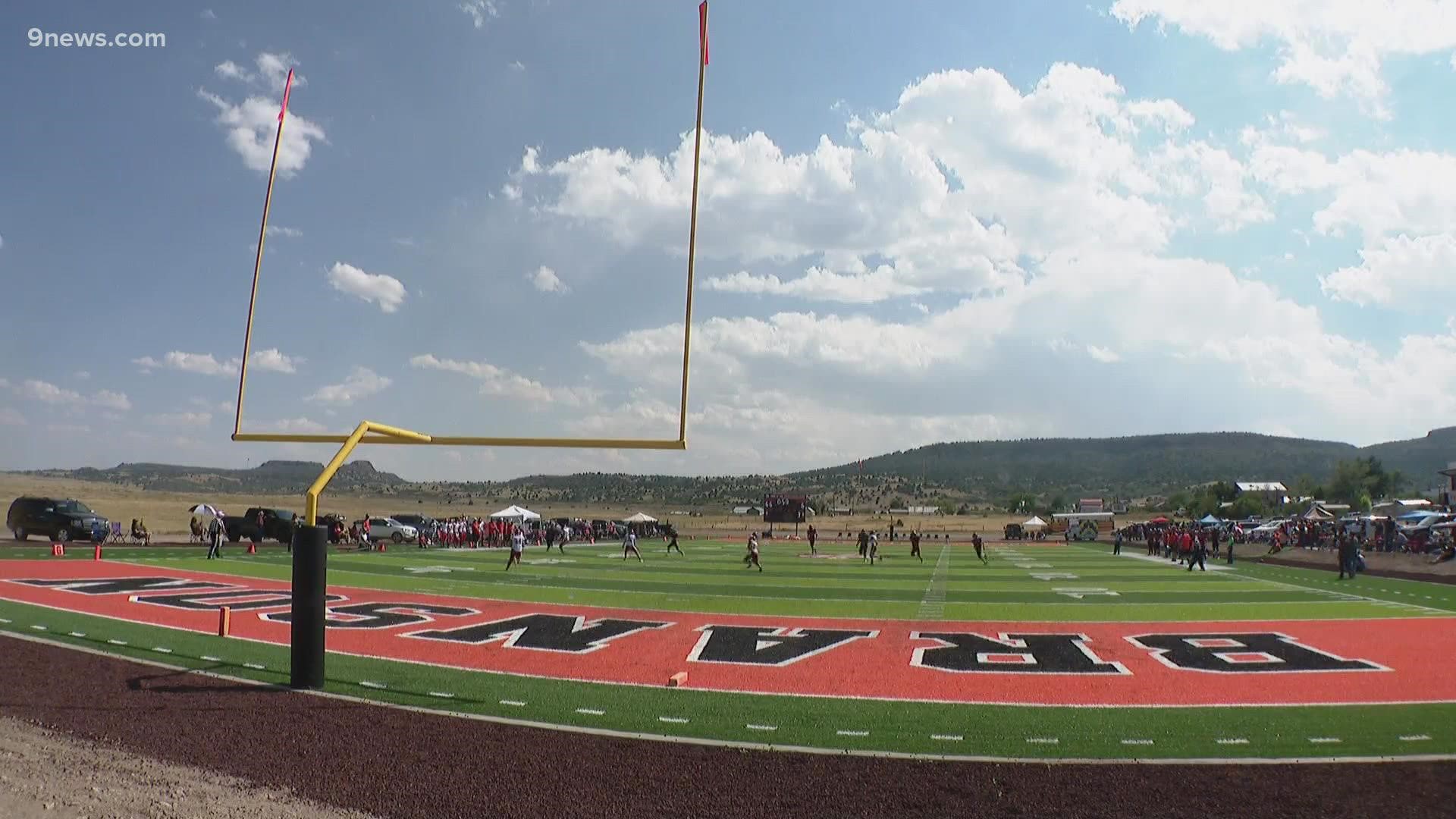 The team and surrounding community members, who live the Colorado small towns of Branson and Kim that sit about 50 miles south of Trinidad, would have considered the game a win even if the numbers were reversed. This was the first home game on the new Caldwell Field.

Branson School District brought back a six-man football team in 2016, but competitors refused to play on the existing field because of the rocky terrain deemed unsafe by other schools. Knowing the district’s finances and grants would not be enough to transform it into turf, Branson’s athletic director Brad Doherty kicked off a fundraising campaign in January.

He did not expect the field would be ready by the upcoming football season.

“My original thought was it’s gonna take us a couple years, and we’re gonna have to play this season somewhere else,” Doherty told the Associated Press.

But people from across Colorado quickly rallied around the cause to make the field, a field the district dubbed a "field of dreams," a reality. Next with Kyle Clark viewers donated more than $80,000. Other donors helped the district raise more than $400,000 and local companies donated materials for the goal posts and scoreboard. This allowed the district to break ground in April.

"It was a team effort. I mean, you want me to say, 'yeah, yeah, I want a little bit of credit.' So many people have thanked me and have been wonderfully positive. But that's not what it's about, it's about the smiles on their faces and all of these people behind us," Doherty told 9NEWS about the experience.

The campus will include the field, a picnic area and walking trail for the neighbors to use.

With Saturday's win, the Bearcats are now 3-and-0. Their next home game is scheduled for Sept. 25.