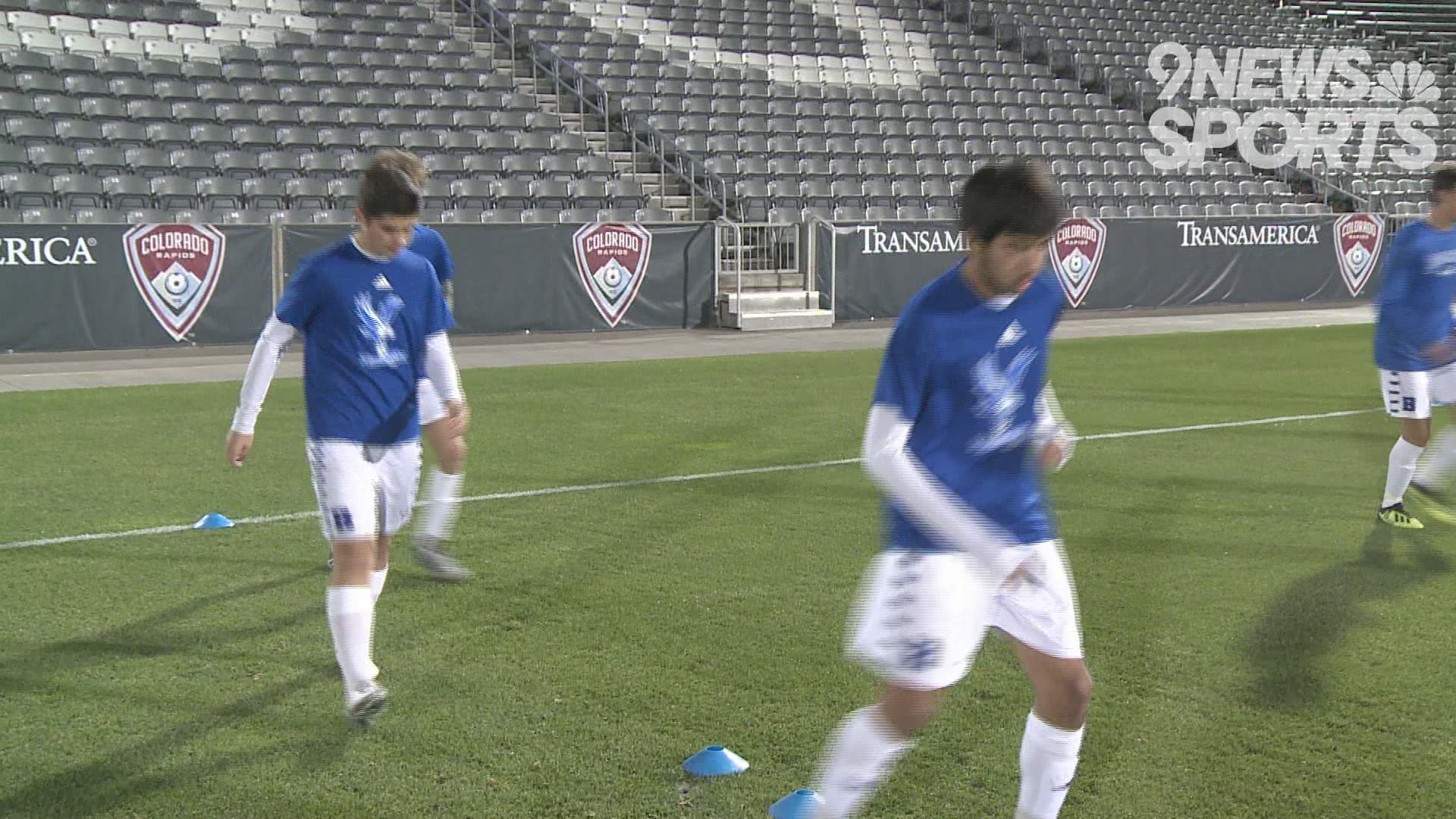 And he and the Eagles are state champions once again.

In a scoreless game with just under 30 minutes to play, Regis was called for a penalty inside the box. Gutierrez's penalty kick was initially denied by Regis goalie Trey Tomlin, but he gathered the rebound and put away the shot to give Broomfield a 1-0 lead.

The Eagles never looked back.

"I have a whole community here counting on me to take one shot. I got fortunate there that the ball came back to me and I had to put it in," Gutierrez said.

The Raiders had a handful of chances the rest of the way, but senior goalie Jack Stoecker made all the necessary saves and preserved his shutout.

"First of all, it's not just me, it's my whole entire defense," Stoecker said. "We all have to be behind the ball and work hard, we all did that and we found a way even though they had some really good pressure up front."

The championship was Broomfield's fourth in the last sixth years and their eighth in school history.

Watch the extended video above and see the highlights on the 9NEWS Prep Rally Saturday morning.

UPDATE (11/23/19): The original version of this story incorrectly stated the cause of the penalty kick Broomfield received. It has been deleted and we regret the error.