The Falcons won the Class 2A team title for the first time since 2010 on Friday night. 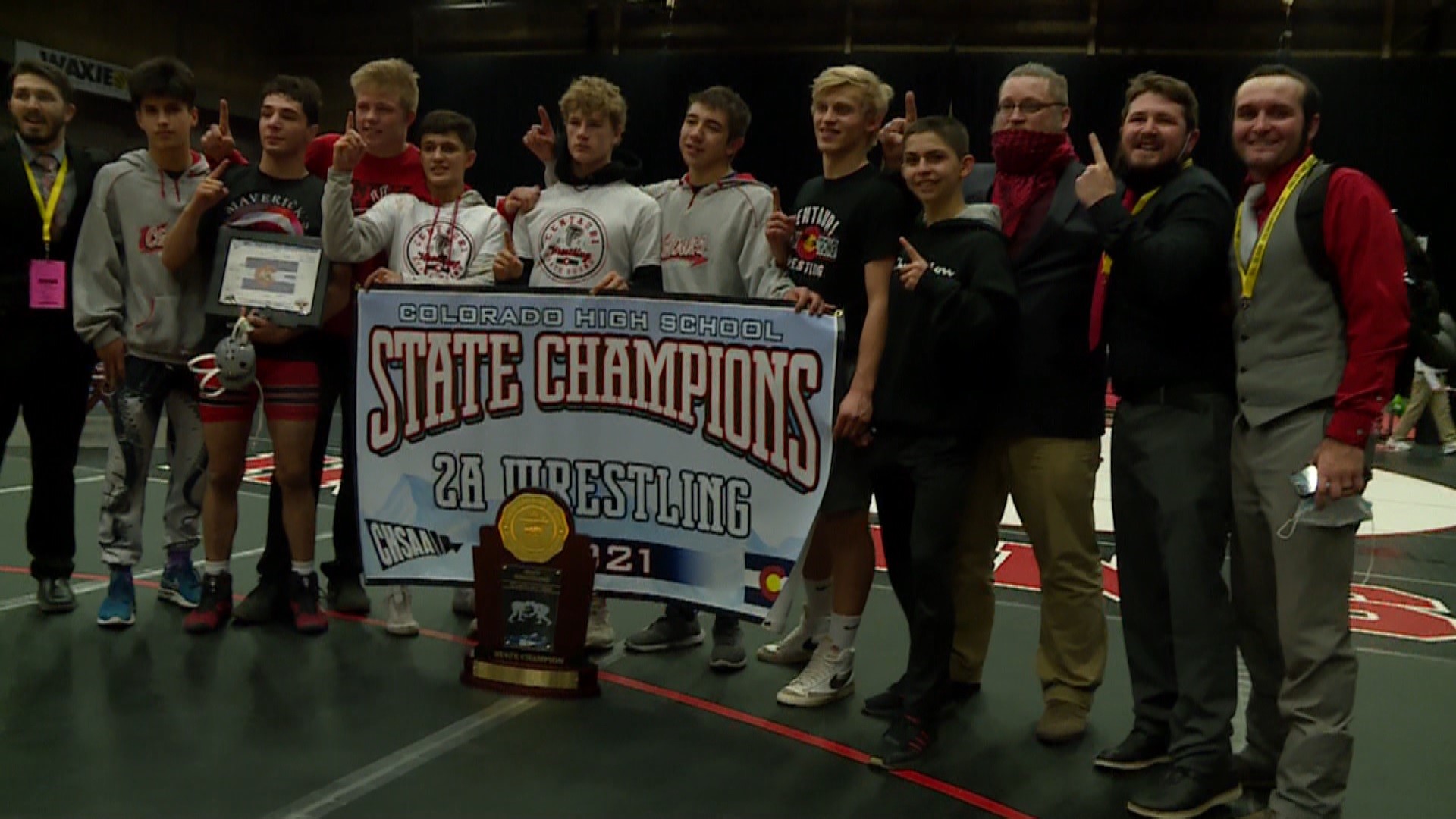 PUEBLO, Colo. — The Centauri Falcons are back on top the Colorado wrestling world.

After an 11-year absence, Centauri is going home with a team title from the wrestling state championships after capturing the Class 2A crown at Southwest Motors Events Center in Pueblo on Friday night.

The Falcons racked up 104 total points, five ahead of runner-up Cedaredge and 10 ahead of back-to-back-to-back champs Wray. It is their third title in program history and first since 2010 when they when back-to-back in 3A.

Highland was the only 2A school to boast multiple individual champions as Zach Tittle claimed 138 and Jack Ring took 170.

Lyons senior Oran Huff won his third-straight state championship title -- and second by knocking off a two-time defending champion -- at 132 over Michael Atencio of Rye.

"I remember when I won my first (title), my dad told me 'You're a state champion. That's your title now and nobody can take that away'," Huff said. "That's stuck with me."

Caleb Camp of Buena Vista was victorious at 106, Levi Martin of Mancos claimed 113 and Lane Hunsberger of Cedaredge took 120.

"It's definitely the best moment I've ever had in my wrestling career," VanMatre said. "But hopefully there's more stuff to come after this."

Tyler Collins of Wray won 152, while his brother Brady finished runner-up at 120.

Traycer Hall of Hotchkiss took home the 160 title, Remington Peterson of Rye won at 182 and Colby Clatterbaugh of Meeker claimed 195.

Paonia's Anthony Miller, who was in a coma last summer, won the 220 state title, while Laith Ibrahim of Wiggins took home the 285 heavyweight title.

>>Watch the extended video above and see the highlights on the 9NEWS Prep Rally on Saturday morning!