The Wolverines got revenge in a rematch of last year's state title match. 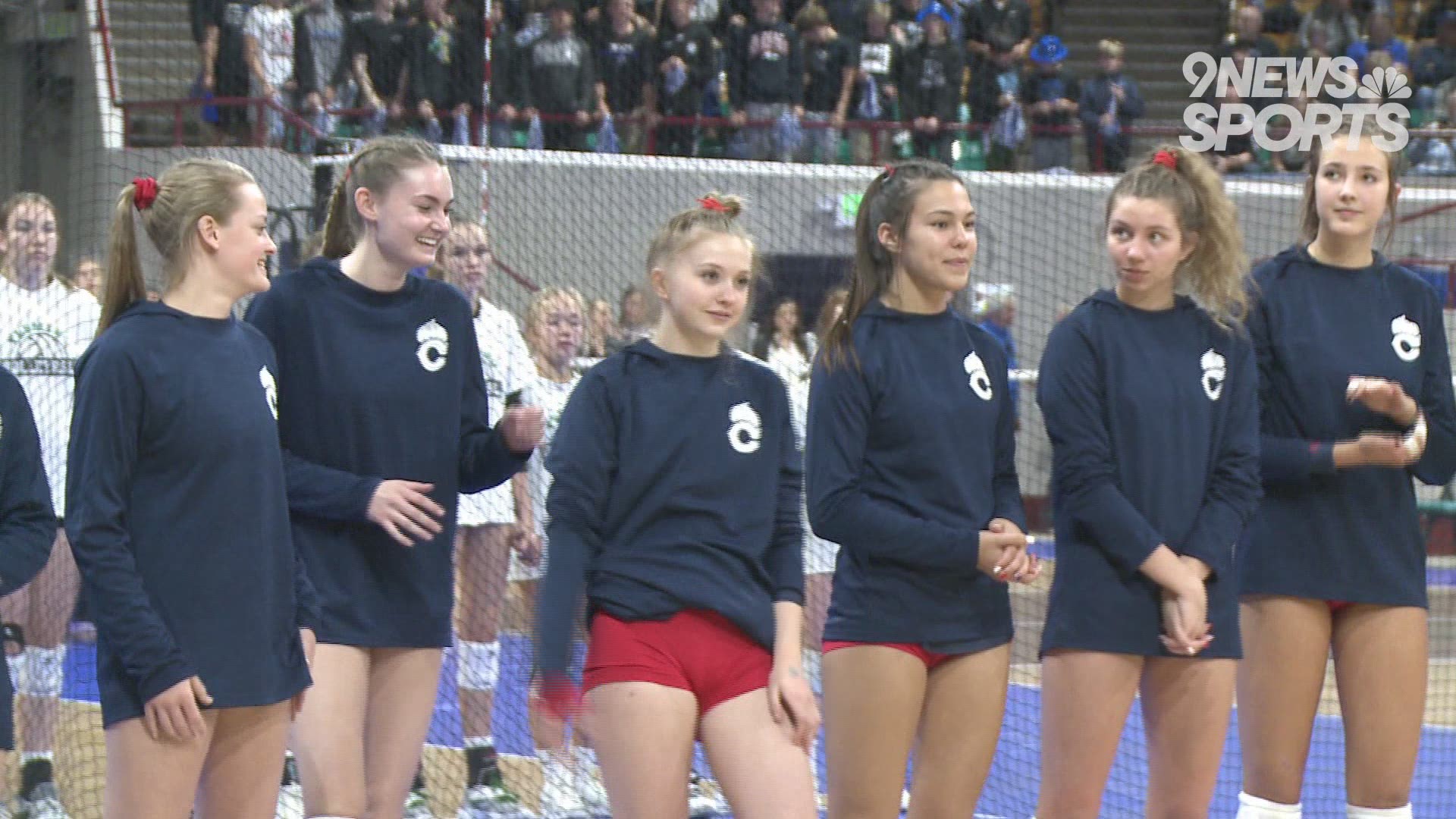 DENVER — Chaparral had been waiting all year for a shot at redemption.

They got it Saturday night under the bright lights of the Denver Coliseum. The Wolverines had made it back to the Class 5A state title match, and were going up against the same Valor Christian team that spoiled their hopes last year.

"It's insane. I don't think this moment can top any moment I've ever had," senior outside hitter Julianna Dalton said. "It feels amazine to take off the jersey for the last time with a win."

The state title is the third in program history, and first since 2011.

Chaparral's championship run ends with a 27-2 overall record, having spent most of the season atop the 5A rankings.