The Indians crowned two individual state champions on Saturday night and had three more wrestlers place in the top-3. 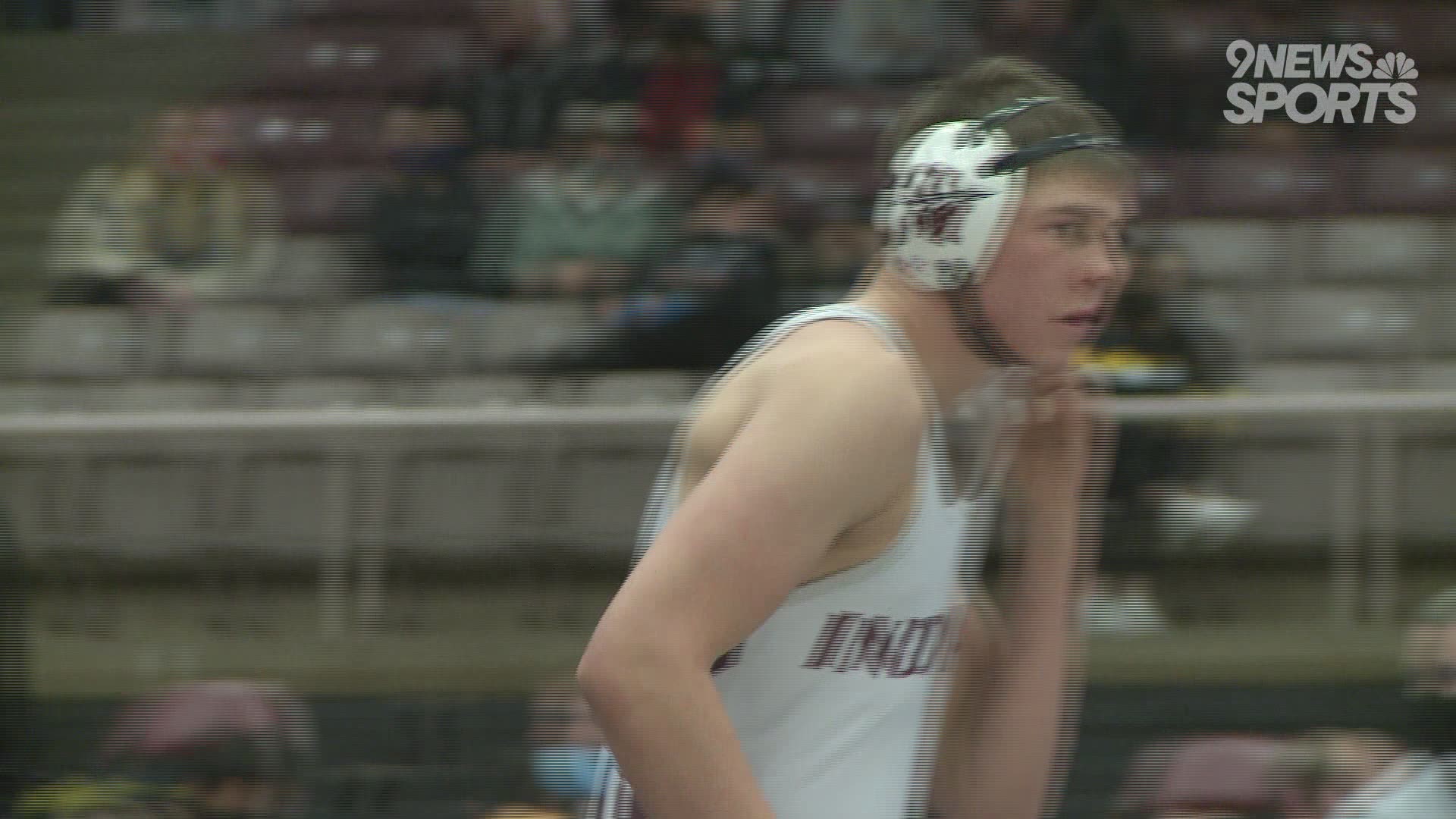 PUEBLO, Colo. — The big boys got it done for Cheyenne Mountain on Saturday night in the 2021 4A state wrestling tournament.

The Indians captured the team state title at Southwest Motors Events Center in Pueblo behind several impressive performances throughout their squad. It was the first-ever wrestling championship in school history.

Other results of note in 4A were Woodland Park junior Brody Hankin winning his third-straight championship, with a chance at a four-peat next season.