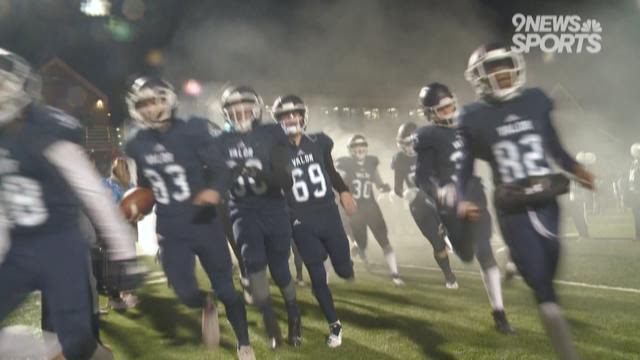 It's a difficult conversation, but it's one that high school athletes are ready to have.

"I've had two uncles that have actually took their lives, and so it's really deep for me," Columbine football's Braeden Hogan said.

And Hogan isn't the only student-athlete dealing with this kind of grief.

Just this past July, two Grandview cheerleaders died by suicide — adding to the statistic of increased suicide rates in Colorado, according to the United Health Foundation.

"We are more aware of it now, and it's a little strange to hear that almost 20 percent of kids go through some sort of depression and or have these thoughts and it's not something you want," Platte Valley football coach Troy Hoffman said. "So much of their lives are ahead of them."

This year, the Sports Medicine Advisory Committee made it mandatory that all high school coaches take the national federation course and/or a district training.

"It's a lot different than it was 10-15 years ago even and it's accelerating and these kids need someone to listen to. As coaches and mentors, we need to be more aware. And if we see something, we need to make sure we're reacting, and that's really what they emphasized," Hoffman said.

"Just being in this program and getting certified in it, we'll be able to pick up on it and be able to talk to our guys and say 'we're here for you and let them feel comfortable and any questions you have and anything you need, just know that we have the resources to help you'."

But there's always been a stigma attached to football players and seeking help with mental health.

"A lot of them come in and they need help, but they're afraid to ask because they don't want certain players or certain coaches to look at them in a certain way," Spencer said. "But with us being open and with everyone letting them know, we create a safe environment for them to come forward."

Valor football player Roger Rosengarten said: "Football players, in general, sort of bottle that up. But you've just really got to have a lot of courage. And you have to go talk to somebody."

Hoffman added: "For whatever reason it is about football thinking you have to be a tough guy, right now the kids here love and they see tears come from my eyes.

"So knowing they can share some of their things they want to, I want to make sure that everyone knows in my squad especially, even in the middle school, that they're open to come talk to me."