Colorado has produced top talent at the college and NFL level in recent history, but tight ends have been few and far between. The 2021 class intends to change that. 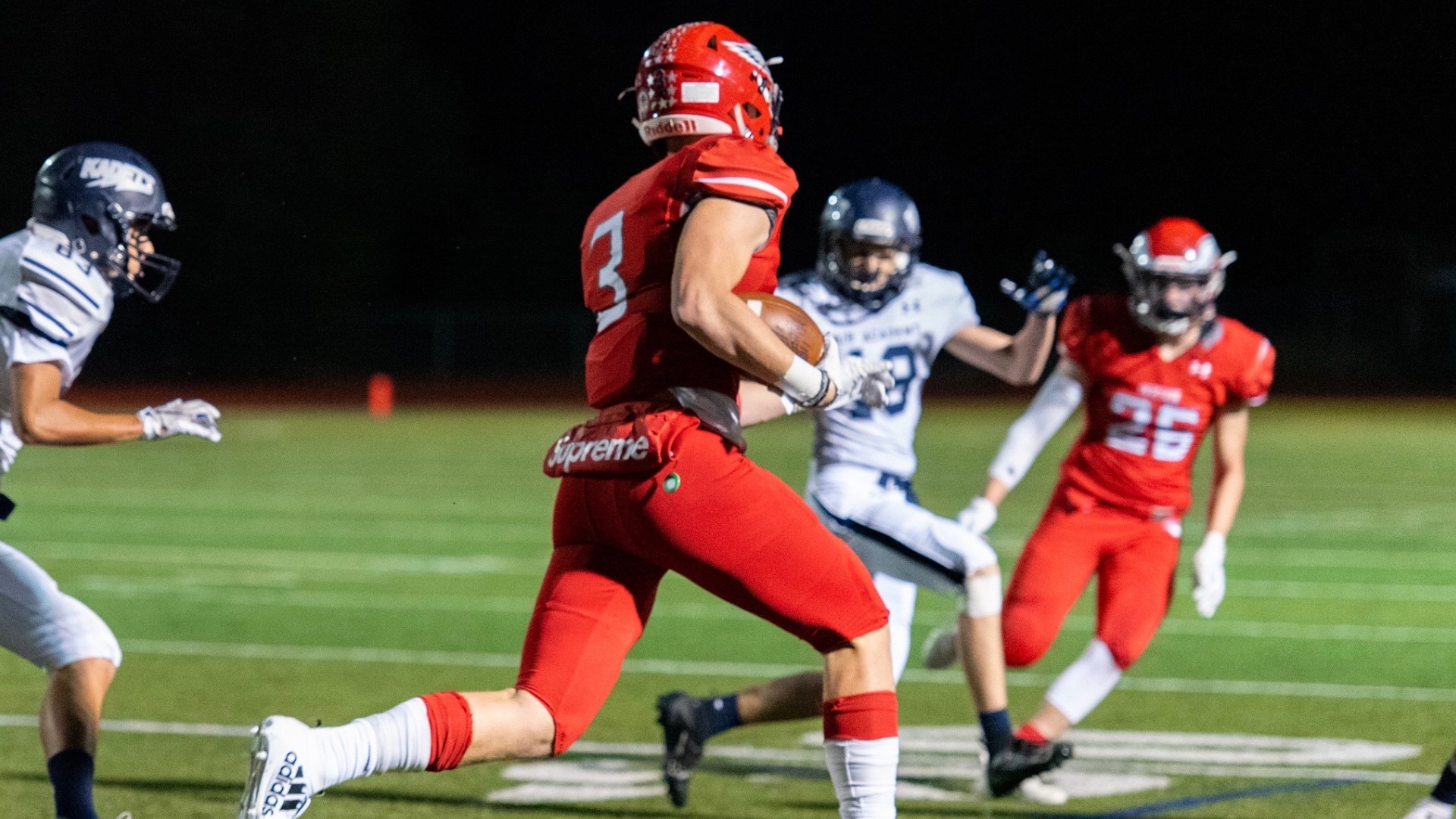 DENVER — Colorado is quickly becoming a tight end factory. The 2021 class is beaming with talent, including four tight ends in the state's top 10 recruiting stock and inside the top 60 in the nation. Get this: two of those four come from the same high school.

Terrance Ferguson is the highest-rated tight end in the state, at number three overall. His Heritage High School teammate Erik Olsen is only three spots behind him.

"I think most of it is pushing each other, when one person does something good, it's pride that you want to one-up him," Ferguson said about Olsen.

"It's just pushed both of us to be better," Olsen said.

The second-ranked tight and and the fourth-ranked player in the state is Sam Hart. Since he plays in 5A, he hasn't seen too much of 4A Heritage on the field, but he is familiar with both Ferguson and Olsen from the recruiting buzz. However, the Cherokee Trail standout does recall playing against Cherry Creek's Gunnar Helm, and vice versa.

Helm said he scouted Hart before their game, knowing he also played defensive end. The two were slated for a head-to-head matchup.

"I just remember thinking, 'damn, this kid is going to Ohio State, he's big time!'" he said. "It just really helped me push myself and have a really good game against [Cherokee Trail]. I mean, all of the respect in the world for Sam. He helps me compete and helps me get after it."

Four of the top prospects all playing the same position and residing in a 20-mile radius certainly begs the question: why now?

"I think that Colorado high school football was kind of overlooked until last season when us four started blowing up and other kids started blowing up at other positions and it finally brought coaches out here and we're finally getting the respect we deserve," Helm said.

The respect is coming by form of offers, dozens of power-five schools lining up for the chance to have one of these four on their rosters. At the moment, only Hart is spoken for.

"Their football is top of the line, they have great academics, I got along with the whole coaching staff, they wanted me super bad, and it's just a whole different atmosphere," he said. "It's unbelievable."

Ferguson leads the undecided group with 28 offers, including an official visit with Wisconsin.

"I've got all of the offers I've wanted and I'm just trying to figure out where I fit the best," he said.

His teammate hauled in 18 offers. At the moment, Olsen says he's favoring UCLA, but has yet to make a final decision and will release a final five in the upcoming months.

Helm isn't too far behind Ferguson, trailing by only two offers. Of the 26, he's focused mainly on three.

"I got an offer from all three of my dream schools so they're all in my top-five."

Those dream schools include Auburn, UCLA, and Penn State. 247 Sports has Auburn as the leader of the pack.

While three of four are still undecided about their futures, they're all in agreement about one thing.

Here's to hoping we'll see them all in the fall!