Fairview repeated as team champion for its fourth title in program history. 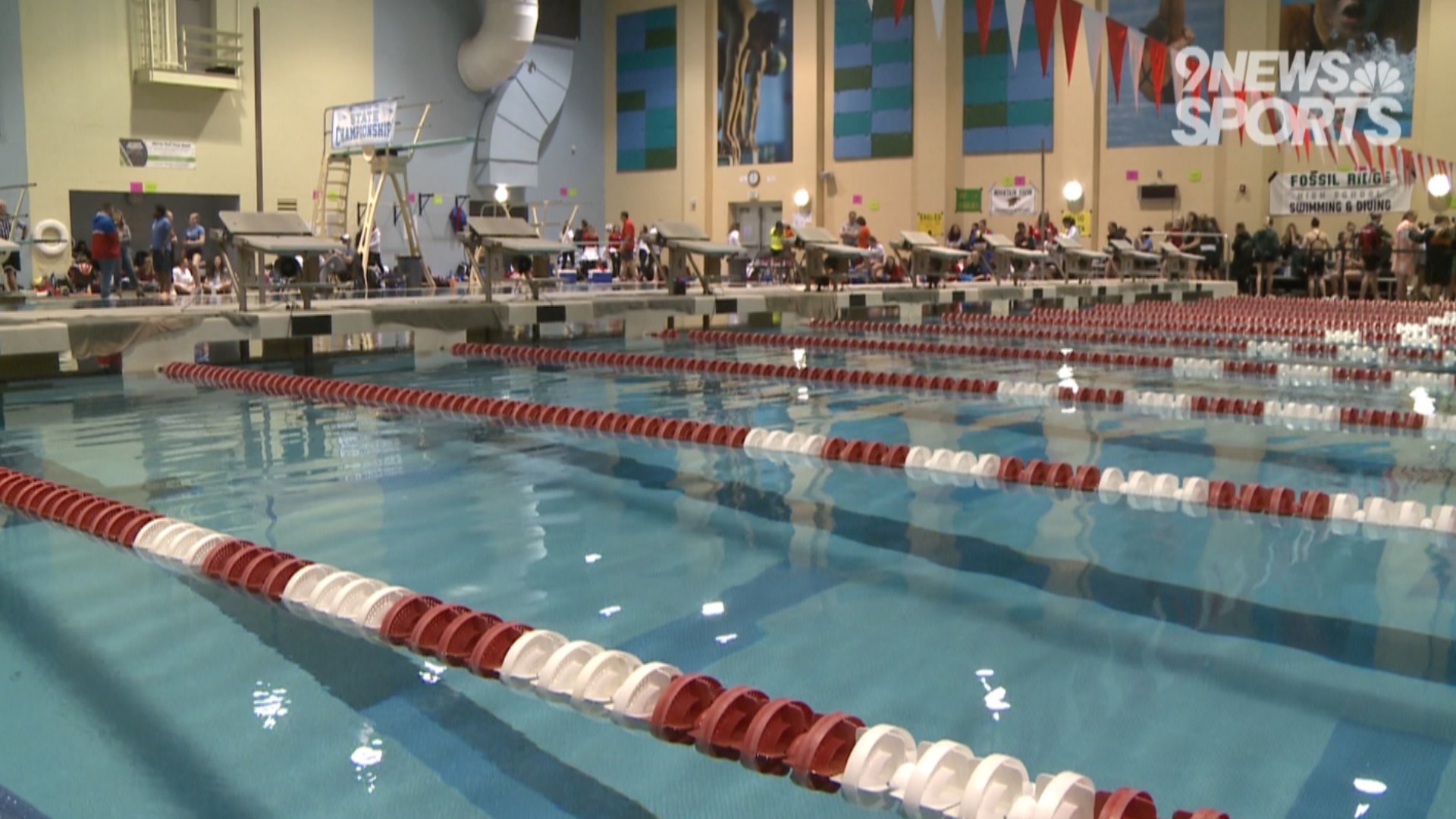 THORNTON, Colo — The first state championships of the 2020 winter season are in the books.

Leading the way was girls swimming, and the first classification to host its finals was Class 5A on Friday night at Veterans Memorial Aquatic Center.

Winning back-to-back team titles was Fairview, which defended its championship crown with 382.5 total points -- 34.5 ahead of runner-up Cherry Creek. It is the Knights' fourth title in program history.

"Any (personal) best time is good, so I'll take it," Shanley said. "Every tenth of a second counts ... To get that time was good."

In their second season since moving up to 5A from 4A, Heritage placed sixth overall. The Eagles boasted an individual champion in junior Anna Shaw, who won the 50 free in 22.99 seconds -- just 0.13 seconds ahead of second place.

"Every second of that race is super nerve-wracking," Shaw said. "That final touch at the wall and looking up at the time and hearing all the cheers is awesome."

FULL RESULTS CAN BE FOUND HERE