With virtual meets, some swimmers haven't seen a competitor all season, but their own teammates are providing them the necessary spark. 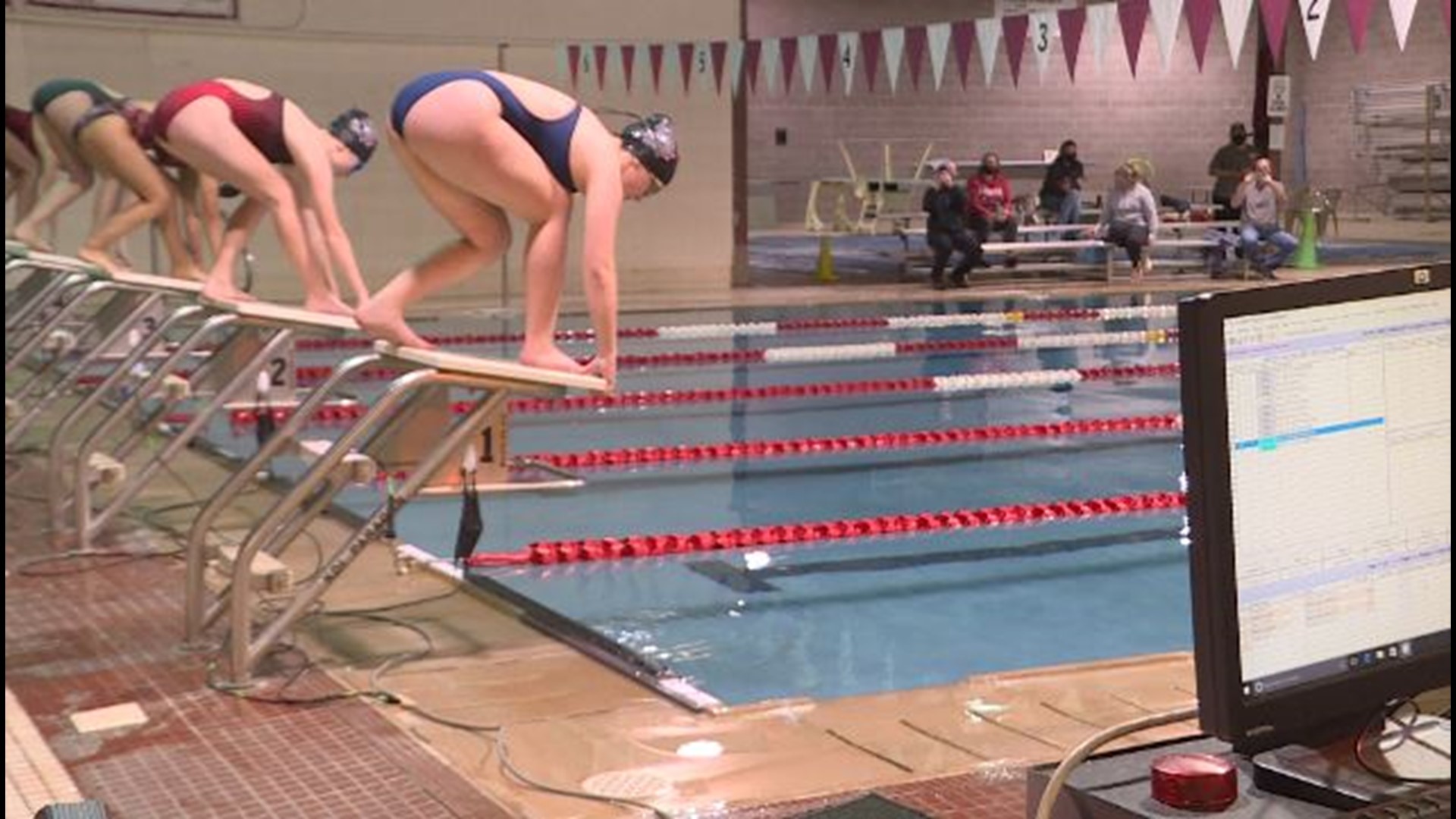 "It's like super personalized now and you're really just racing yourself and your teammates instead of other people that you don't really know," Brighton junior Mallory O'Keefe said. "You really have to dig deep to go your best times and go as fast as you can, which is just different from past years."

The Brighton Bulldogs have been swimming in virtual meets all season, blinding competing against other schools. Sometimes, schools swim at the exact same time in a different pool. Other times, like their final home meet, they raced on a Tuesday night alone, while their opponents had five more days to prepare.

"For me personally, I like swimming against somebody I don't know and knowing I have to beat them," Kylee Goforth said. "It makes me race faster in general."

Without a competitor in the next lane, the motivation to win is purely intrinsic. The rest of it comes from their biggest fans: their own teammates socially distanced in the risers shouting through Bulldog masks.

"It really helps, like when you hear your teammates cheering for you, it just gives you this burst of speed and motivation," O'Keefe said.

Goforth appreciates that there's some noise in the natatorium, but says the support is nothing new.

"It's always been like that, we've always been a really supportive team and we always try to push each other, even during practices," she said.

Their support extends to the team's only diver, who is getting up on the board for the first time ever. Tessa Koehn had never dived head first into a pool prior to this season, so their cheers provide her extra confidence.

"They cheer for me and scream for me and in the back of my mind I feel like, 'Okay, I can do this, I know how to do this and get up there and perform,'" she said. "The support that you feel, they have no idea what I'm doing up there, but the support that I feel from them is just amazing. They're some of the most genuine people I've ever met."

Koehn and the rest of the swimmers have their scores and times, but they won't know if they'll be enough to take home medals for five days after their competition. It's one of the more difficult parts of the virtual meet.

"It's kind of difficult not knowing how you did right then because it makes you nervous," Goforth said.

Some of the swimmers try to block it out completely and only control the things that they can.

"I try not to really think about it and just try to focus on my swim and how I did and sort of wait to see when the other team does their races to just compare it," O'Keefe said.

The girls swim teams will compete in league championships next week with one more chance to qualify for state. This year, there will be no qualifying round at the state championship, and only the top-20 in each category will qualify for the single round.

>>Watch the story above and see it on the 9NEWS Prep Rally this weekend!

RELATED: CHSAA given variance to allow Season B sports to start practice in January