The Rebels' head wrestling coach was presented with the 4A-5A coach of the year award on Wednesday afternoon. 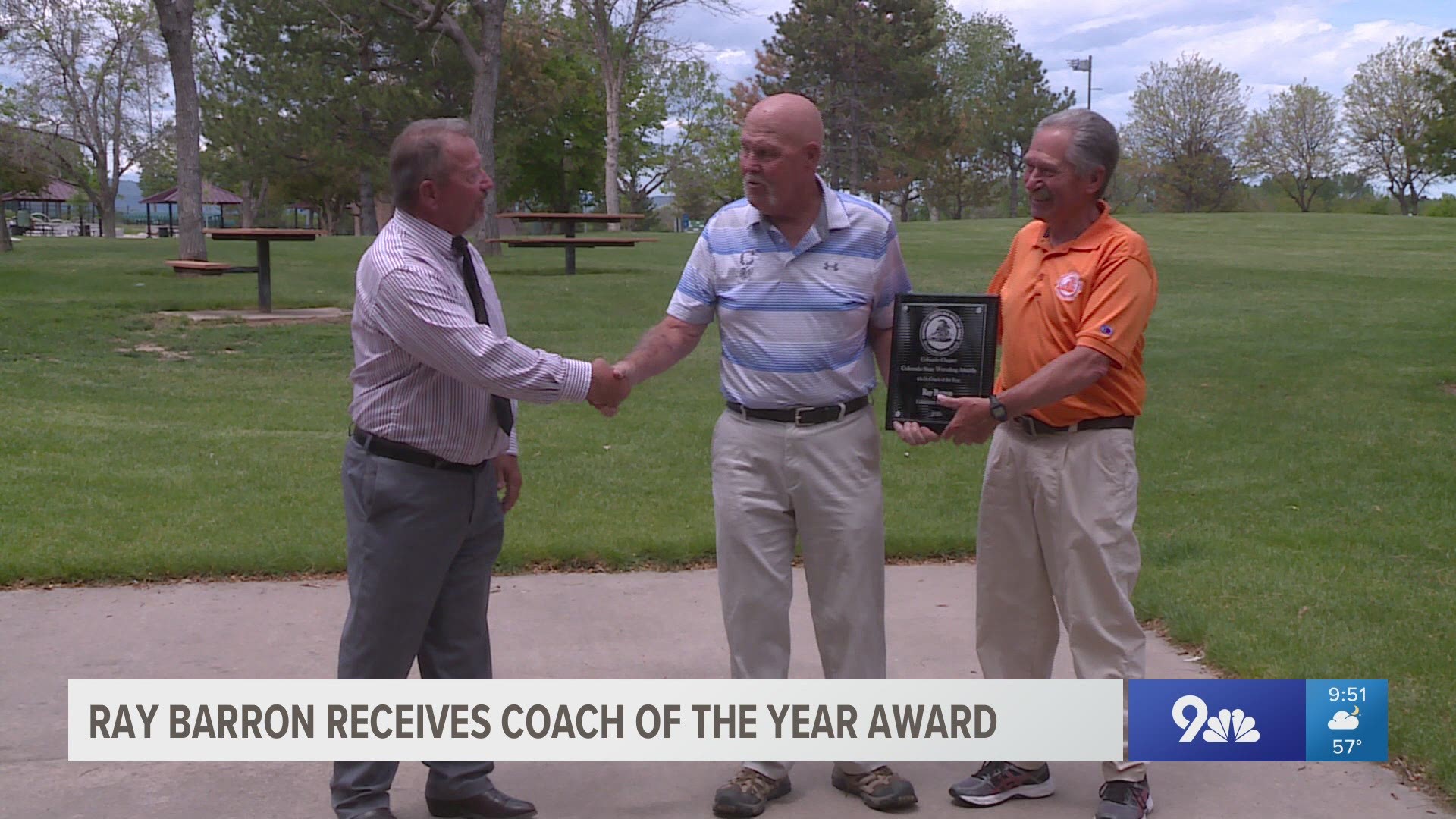 The head wrestling coach at Columbine High School was presented with the Colorado 4A-5A Coach of the Year at Clement Park. Barron, who's battling terminal brain cancer, originally found out he was the winner of the award at Pepsi Center after the state wrestling tournament in February.

"Oh, it means a lot. There are so many great coaches in this state, for them to be able to recognize me is more than -- I just don't know what to say," Barron told 9NEWS after the ceremony.

Rich Fell, who's the VP of the National Wrestling Hall of Fame (Colorado chapter), presented the award.

Barron, who completed his fourth year as Columbine's head coach earlier this year, has been a wrestling coach for more than 40 years. That journey included a long stint at Heritage High School just down the road.

The 2019-20 season was made extra special by the fact the Rebels had two state champions in Jack Forbes (182-pounds) and Zach Schraeder (285-pounds).

"I was stunned. Those guys won the titles and then all of the sudden they said 'you're the (coach of the year)' and I didn't know what to say," Barron said on Wednesday.

Barron won't be coaching the Rebels any longer as he focuses on his fight with cancer, but he knows Forbes and Schraeder can do something special while defending their championships.

"They have just set the tone and they are also juniors, so next year as seniors the team should just really explode," Barron said.

For a guy who knows a lot about high school wrestling, that's certainly high praise.