Most high schoolers can't get away with speeding, especially when they don't even have a driver's license. But Denver South sophomore Max Fedler isn't your typical teen. 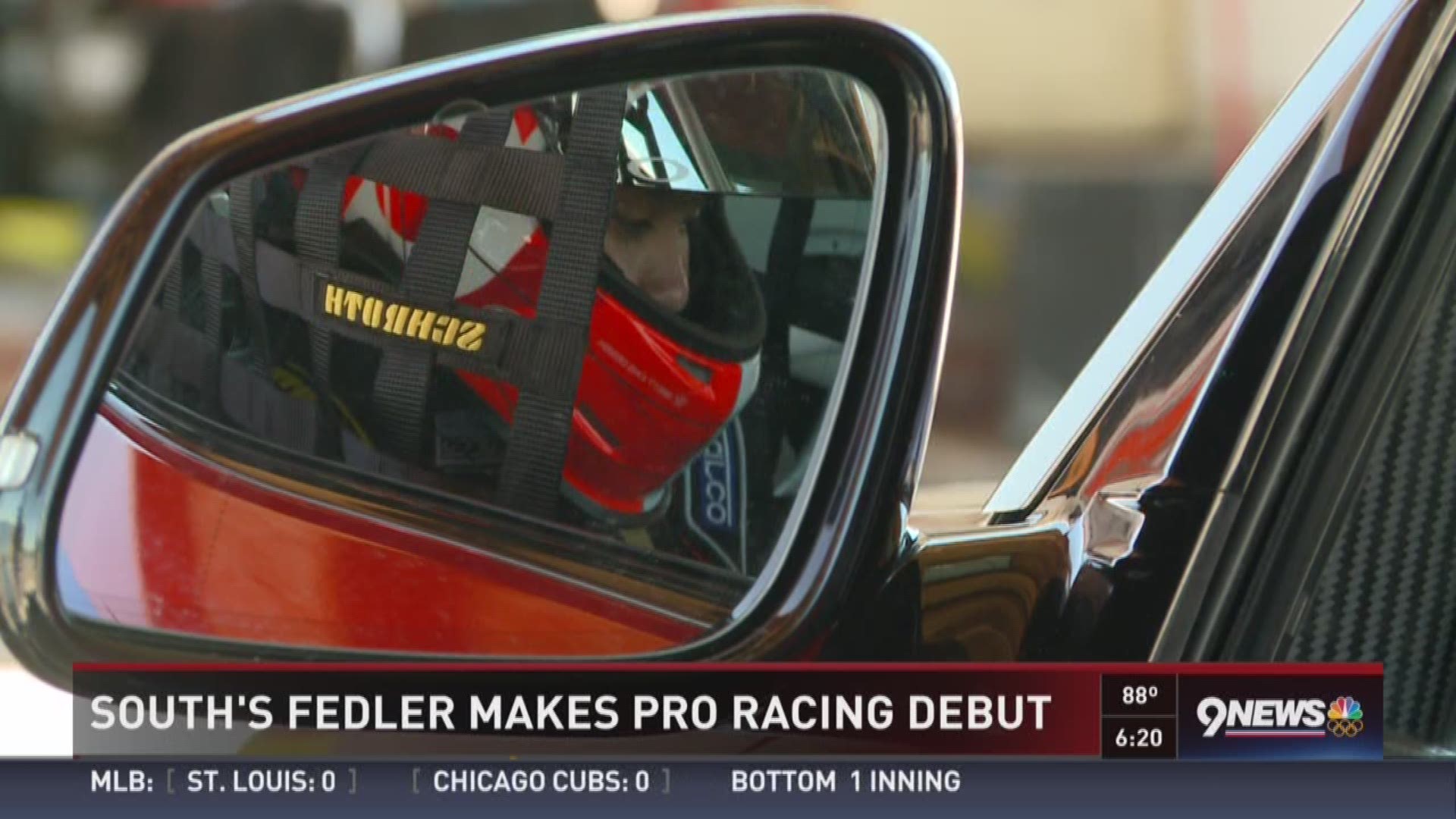 Most high schoolers can't get away with speeding, especially when they don't even have a driver's license. But Denver South sophomore Max Fedler isn't your typical teen.

"A lot of my friends thought I street-raced, or thought I would just go to Colfax and do drag-racing with some kids out there," he said of his unorthodox sport. "Then I showed some of my friends the car and they said, 'Wow, this is crazy.'"

Fedler was recently granted his SCCA Professional Racing license, and this week, made his professional racing debut in the Pirelli World Challenge during the IndyCar race series.

"Over the years I just got better and better at go-karting, and eventually I moved my way up," Fedler said. "As you develop as a youngster in go-karting, you can apply that same talent to cars and it's really not that hard."

Max and his younger brother, Everest, are fourth generation racers. Their great-grandfather was the first, and their grandpa and dad followed. The boys started racing go-karts when they were eight years old.

"Everyone in my family is passionate about [racing]," Fedler said. "They want me to succeed, and honestly the best team I have is my family."

At age 15, Fedler was the youngest driver in his IndyCar race series, which featured Audis, BMWs, Bentleys and Aston Martins. Fedler drove a BMW M235i race car, one of just three of its kind in all of North America.

"When I'm in the car, everything outside the car no longer matters. It's just me and the road. It's strangely relaxing given how chaotic it is," he said.

Perhaps one of the reasons Fedler is so comfortable in races is because he's used to competition. In addition to racing, he also plays on Denver South's lacrosse and cross-country teams.

"I just have a racer's attitude. I have to beat everyone I see," he said.

That competitive edge will aid him, as his professional debut will also mark the start of a professional chase.

"The only suit I want to wear to work is a driver suit," Fedler said. "This is my dream, my passion, and I want to race for the rest of my life."

He's well on his way. After qualifying at 19th place, he drove to a 9th place finish, and won the VP Fuels Hard Charger Award, according to his Facebook page.