The No. 2-ranked Jaguars and No. 3-ranked Farmers ended their key Class 4A match in a draw Thursday night. 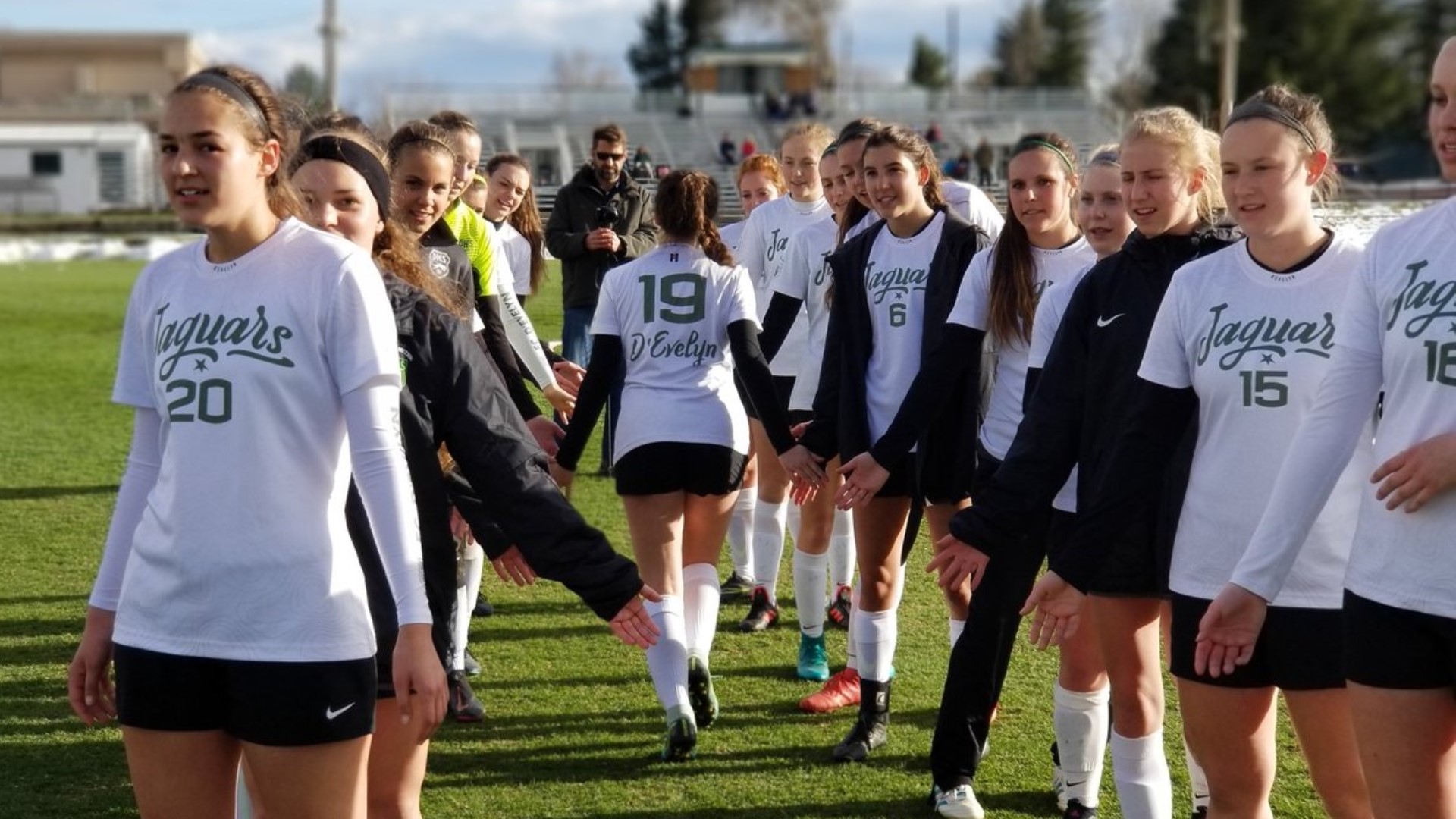 LAKEWOOD – Not much separates the D'Evelyn and Wheat Ridge girls soccer teams.

They are currently No. 2 and No. 3, respectively, in Class 4A of this week's CHSAA rankings, and have both experienced early-season success this spring. In fact, only about nine miles stand between the two schools.

On Thursday night at Lakewood Memorial Field, that pattern continued as their back-and-forth battle ended in a 1-1 draw.

The Jaguars and Farmers were held scoreless throughout the first half of Thursday's match.

D'Evelyn senior Laryssa Hamblen finally broke the standoff with a goal in the 66th minute that was assisted by Peyton Fritchie.

But Wheat Ridge was quick to respond with a goal of its own in the 72nd minute when Molly Kratzer fired one into the back of the net to force overtime minutes later.

Both squads had opportunities in the two 10-minute overtime periods, but were unable to capitalize.