The Reds returned to state for the second time in three years, but this time, they left with the hardware. Eaton beat Lutheran 5-1 for the 3A state softball title. 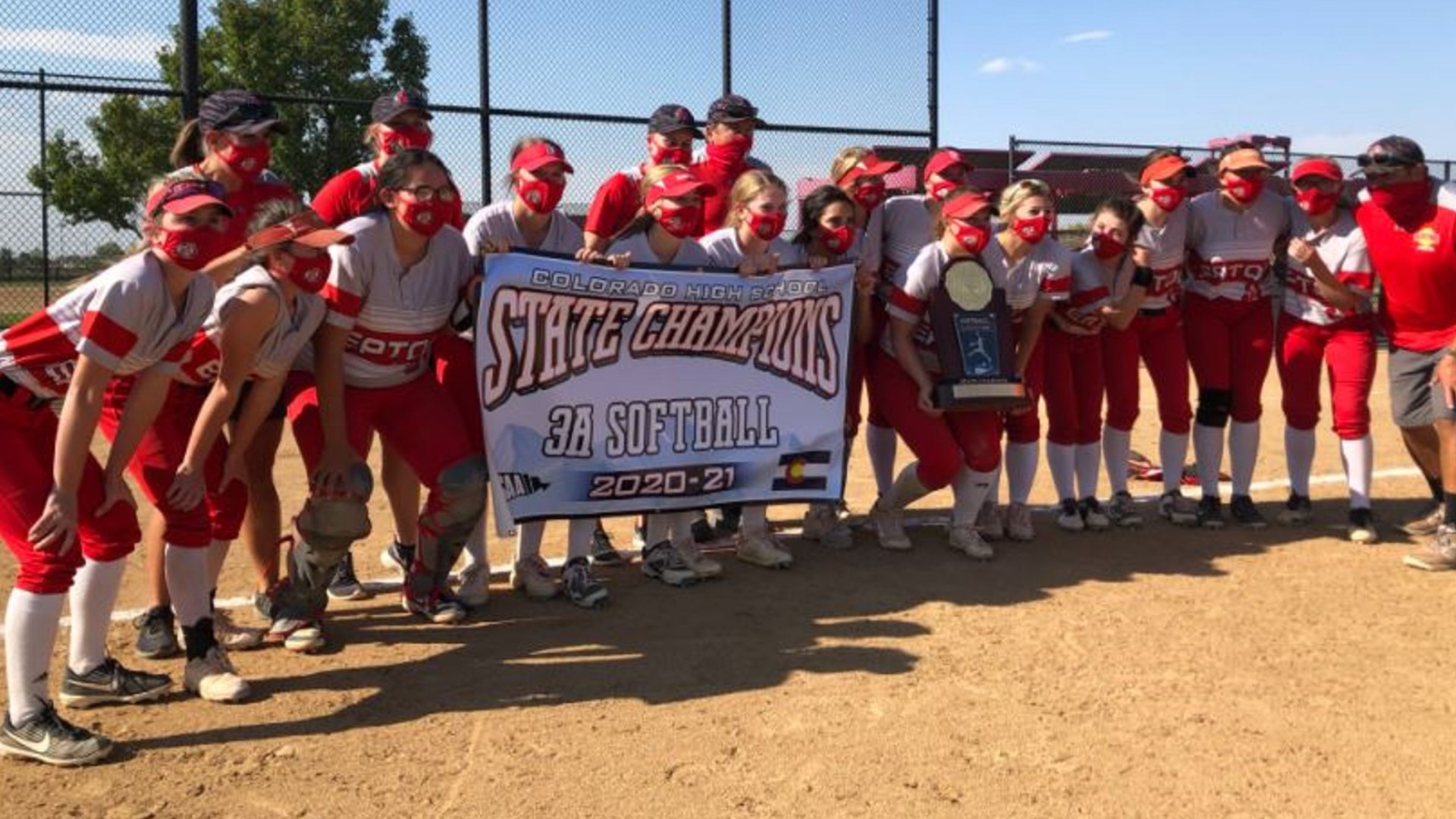 AURORA, Colo. — Eaton is no stranger to the 3A softball state championship game. In fact, the Reds played in the final game only two years ago. They have never taken the first place hardware back up north with them, however, until this year.

The Eaton Reds finished their shortened 2020 season with a 5-1 win over newcomer Lutheran in the state title game. It was a game senior Jennifer Jarnagin was unsure would ever happen.

"We knew our season was going to get shortened and then in basketball last year when they cut off the state tournament last year, we were really nervous that we wouldn't even get to play in state," she said. "It's heartwarming that we got to play in state and win."

Jarnagin had the final run for the Reds, a solo shot to deep center field. It was her freshman pitcher Sadie Ross that got the scoring started in the first inning with a ground-rule double to left-center. Ross finished the game striking out 12 and allowing only one run in the complete-game win.

"We've been waiting for this a long time. The seniors have been putting in so much work that it's finally time," she said. "We've had our ups and downs but we finally came out together and that's what finally matters."

Across the Aurora Sports Complex, Fossil Ridge also raised its first title in team history. The 5A SaberCats took the runner-up trophy home last year, as they watched Columbine celebrate its first title.

Holy Family celebrated its second title in the past three years in class 4A.

Eaton High School is the 3A State Softball 🥎 Champion for the first time in school history! #9sports #copreps pic.twitter.com/soo6AjlS9n