Ed McCaffrey has assembled quite the coaching staff at Valor Christian. 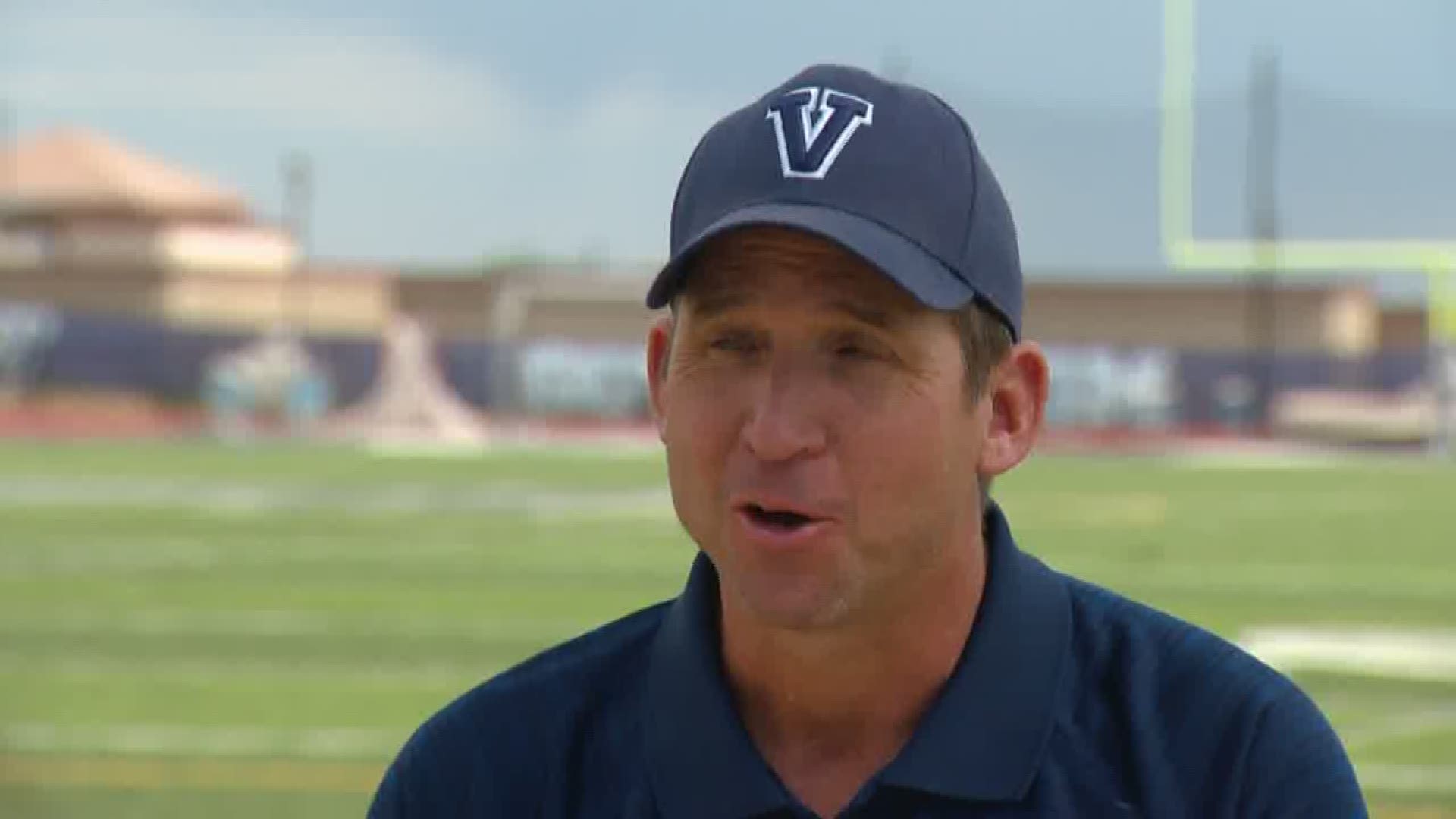 HIGHLANDS RANCH -- While the majority of high school football teams are going on their summer hiatuses right now, the off-season is just heating up for new Valor Christian head football coach Ed McCaffrey.

McCaffrey, who was hired back in February to take over the Eagles, has been tasked with hiring a staff, getting to know the players and hitting the field -- all in the midst of his busy summer schedule that consists of football camps and clinics.

"It's been going great, I've been having the time of my life," McCaffrey said. "Luckily I've been blessed to serve the program."

When the position for the job first became available last December, McCaffrey was on a search committee to help find the team's next leader. Instead, it was a familiar face who ultimately had the answer.

"Believe it or not, I talked to Dave Logan, who's a good friend of mine over at Creek," he said. "I was asking him if he had any recommendations, and he suggested, 'You know, maybe you should apply,' and it dawned on me that, you know, what? I should. I'm going to go for it."

McCaffrey was soon taken off the search committee and went through a grueling hiring process with a number of high-profile candidates. After he was selected, he says it was a family decision to take the job -- especially considering youngest son, Luke, was going to be a senior at Valor this fall. McCaffrey had previously coached all of is sons in pop warner football growing up.

"When you coach your own son, sometimes emotions get in the way," McCaffrey said. "You learn to have other coaches help you out. And we have other coaches with kids on the team, and we coach with each other, and through each other and try to create a really positive environment for every kid."

McCaffrey will have a strong supporting cast behind him. The Valor Christian coaching staff he assembled can boast a combined 16 Super Bowl Champion rings.

Watch the interview posted above to see what McCaffrey says his biggest coaching challenge has been thus far, and what it will take for him to consider his first season a success.

Valor Christian and McCaffrey will open the fall season on Aug. 24, 2018 out of state. They will take on Faith Lutheran of Las Vegas at 7 p.m.