No. 14 Erie stuns No. 1 Golden in extra innings to win 4A softball title

The Tigers needed eight innings in a wild, back-and-forth affair to take down the top-ranked Demons. 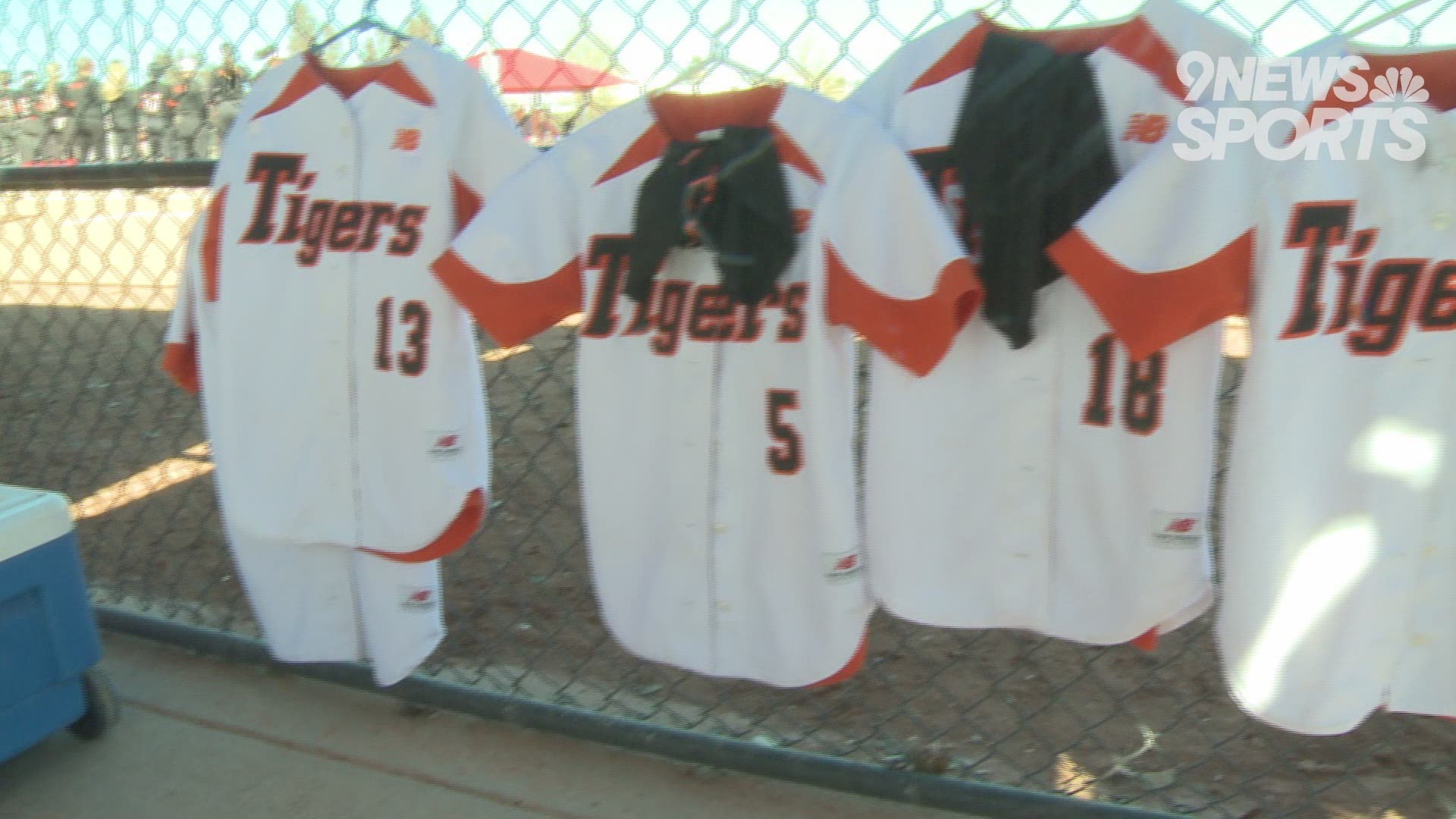 AURORA, Colo. — It was one of the best championship games in recent memory.

In the end, it was No. 14-seed Erie capping off a magical run the last two days to secure the school's 12th state softball championship by defeating Golden 13-9 in eight innings.

The script for this game was written and re-written, as both teams and fans went through a roller coaster of emotions.

Golden jumped on top early 1-0, Erie took a 5-1 edge, Golden eventually tied it 6-6 in the fourth inning and 9-9 in the seventh inning before Erie used four runs in the top of the eighth to secure the title.

"Yeah, definitely." Erie senior Kaylee Armstrong said when asked if it was the craziest softball game she's ever played in, "It was very nerve-wracking."

Armstrong hit two home runs on the afternoon, including a two-run shot in the eighth to give her team the final insurance runs it needed.

If their was an MVP of the game, it would have to be Armstrong or fellow senior Madysun Vaughan. She also hit two home runs on the afternoon, including the first two-run dinger in the deciding final inning.

“It’s unbelievable. And it all just kind of hit me at once. You don’t know until everyone just starts running in the middle (of the field). It’s a crazy feeling," Vaughan said of winning the championship.

Erie used wins over No. 3 Pueblo South, No. 2 Holy Family and No. 1 Golden on their way to the title.

Still, Vaughan says the group was underrated coming into the tournament.

“We were that seed, but that didn’t show how good we were. This game is crazy… Anyone can win it," she said.

And this year, that team happened to be the Erie Tigers.

Watch the extended video above and see the highlights on the 9NEWS Prep Rally Saturday morning.