The first Fanscape of the 2019 summer takes us south to Pueblo, where the oldest football rivalry west of the Mississippi lives on. 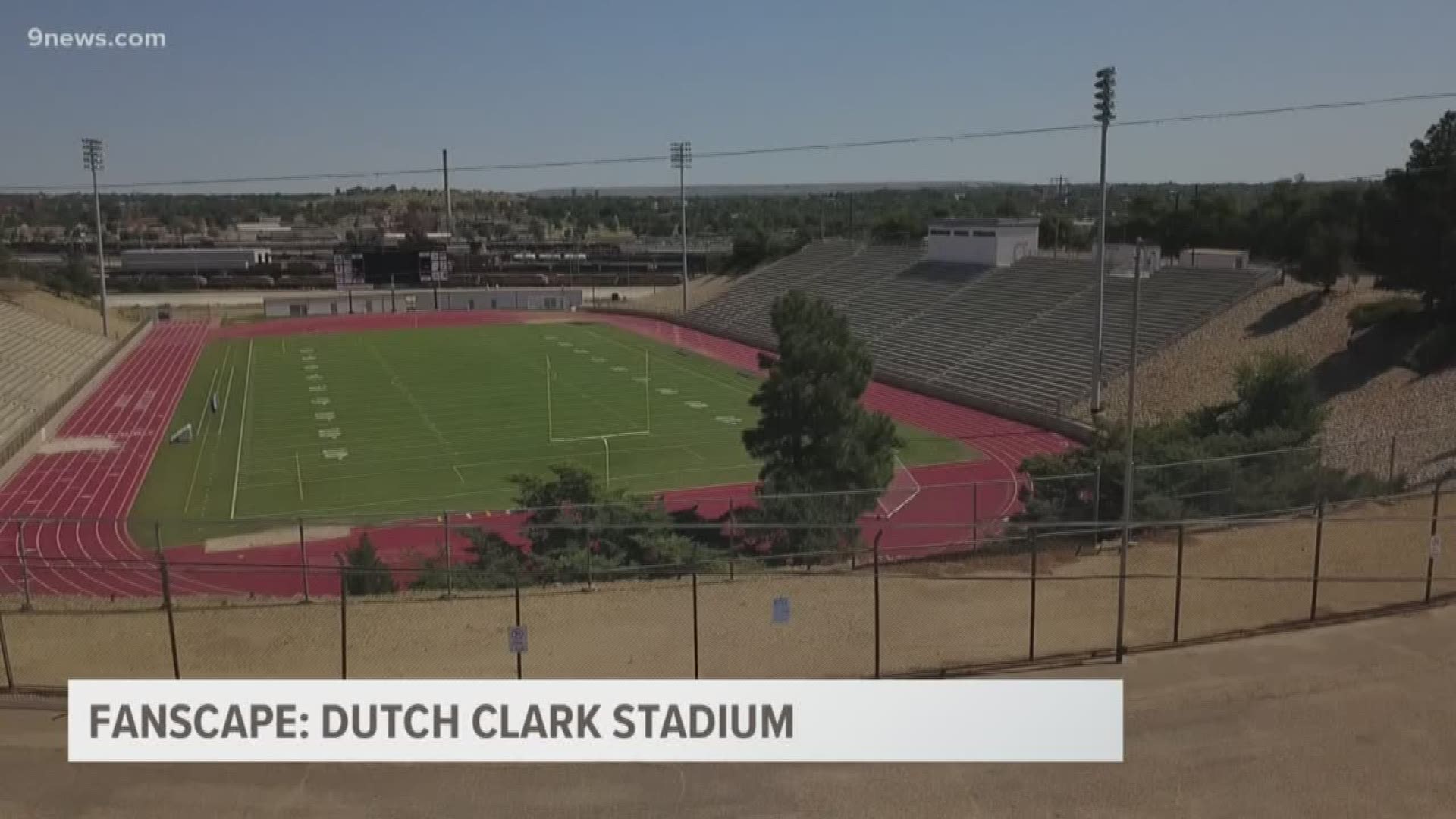 PUEBLO, Colo. — Pueblo, Colorado, is a town divided - and yet - simultaneously bonded.

The latter is at the heart of Dutch Clark Stadium.

"It's almost hard to describe unless you see it in person," Pueblo Centennial athletic director John Ward said.

The stadium was named after Dutch Clark, a student-athlete who played football at Pueblo Central from 1923 until 1925. He went on to attend Colorado College in Colorado Springs, before making it to the NFL.

"[Clark] is still considered the most important player to come out of Pueblo," Ward said.

Dutch Clark Stadium was built in 1950, and underwent some renovations in the mid-1970s. It currently houses more than 15,000 seats, making it the largest high school football stadium in Colorado. Believe it or not, the stadium sells out once a fall for the annual Bell Game, played between rivals Pueblo Central and Pueblo Centennial.

The schools have been playing since 1898. The bell was introduced as something to play for in 1950," Ward said."The whole week leading up to it, it's the only thing anybody in town talks about. You'll see everyone wearing their (Centennial) red or (Central) blue."

"[It's] the oldest rivalry west of the Mississippi," Cotterman added. "Generations and generations have played in the game, and it's just electric."

The sound in Dutch Clark Stadium reverberates from the bowl to the trains lining one end zone of the field, and back.

"When you're on the field and a team scores during the Bell Game, you know it," Ward said. "Especially hearing it come across the way from the other side."

"My grandfather was the head coach at Centennial for 30 years. I grew up being the water boy, moving on to a player," Cotterman said. "It does give me the chills when I walk in here. I just think of my family. A lot of them have passed away, but every time I come here, I have special, special memories of being here. From eating a hot dog with my dad, to playing to coaching now, yeah, it definitely gives me chills."

While many fans may be divided by sidelines, it's the place that brings everyone together.

"Pueblo is high school football. It's a unique setting in Colorado," Cotterman.