The Clear Creek Golddiggers have played at their iconic field along I-70 for decades. 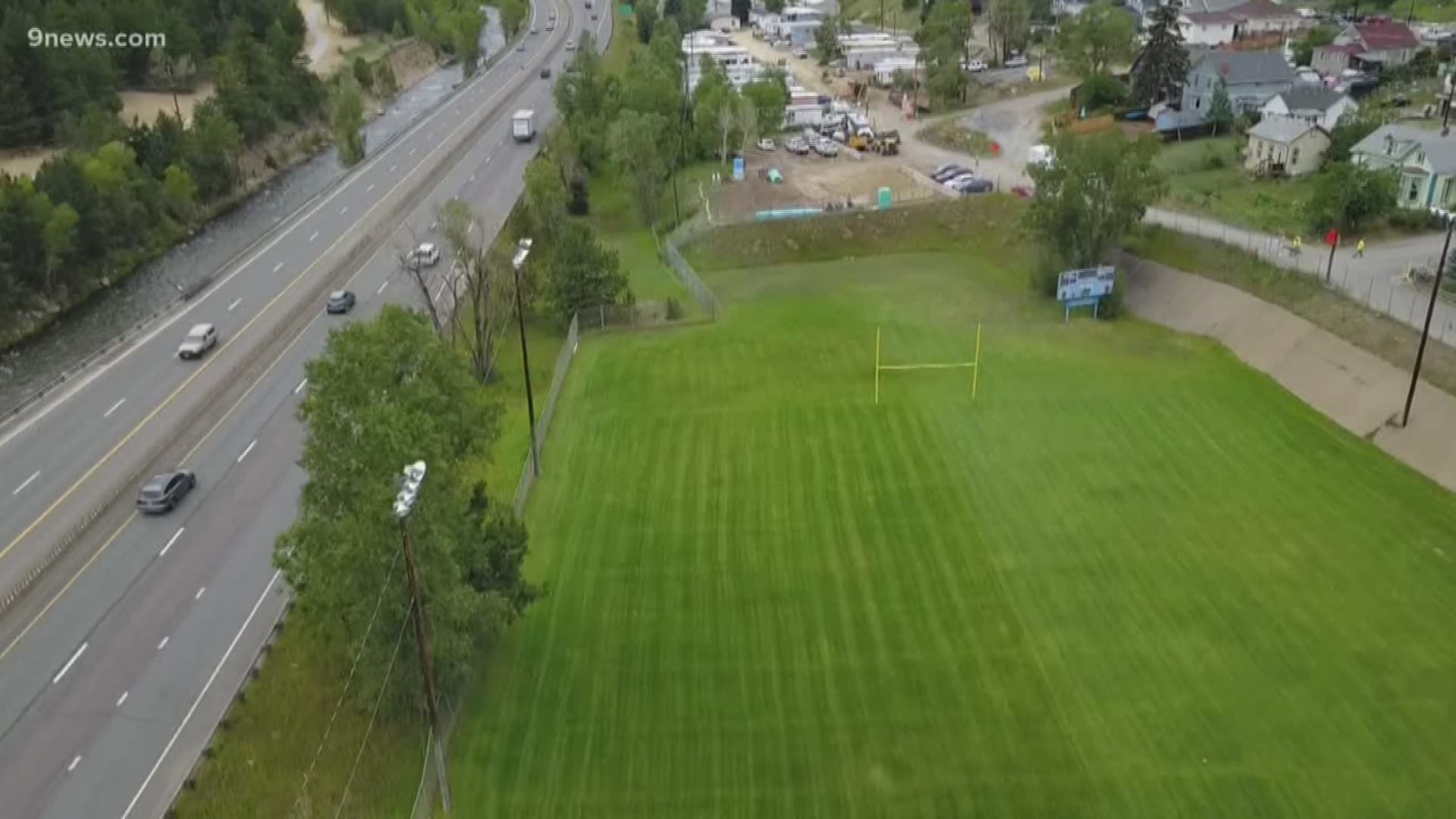 IDAHO SPRINGS, Colo. — "There's nothing like it," Clear Creek High School Athletic Director David Schuessler said. "We've had people from out of state come by here and pay admission and come watch a game here."

If you mention Idaho Springs, a couple things come to mind.

Constructed in 1958 on top of mine tailings, Interstate 70 didn't exist when Clear Creek High School's home football field was built.

"But now that it has been, millions have passed by here and seen the field," Schuessler said.

On Friday night, game night, Golddigger Stadium is the community hub. The town convenes under the lights, along with hundreds of tourists passing through on their way to weekend getaways.

"Friday nights, the traffic's bad coming up this way anyway, so a lot of people have to slow down regardless," Schuessler said. "So they kinda go by slow. They're probably able to watch a few plays on their way by here."

The interstate is so close, it wouldn't take much for a rogue pass or punt to attempt to hitch a ride further west.

"Several times someone's had to climb that fence to go get that ball," Schuessler said.

And yet, when the teams take the field, the highway noise is drowned out.

"I think coaches may have to holler a little louder to get heard at times, but the focus is on the game," Schuessler said. "And like I said, unless a trucker honks his horn on the way by, it's just kind of background noise."

Like its surroundings, changes in Idaho Springs are constant. And eventually, some become inevitable.

"It is a sense of pride, but we also have a changing community, so the board had approved the potential sale of this property field," Schuessler said.

A number of factors will go into the decision. But it also means this upcoming season could very well be the last for Golddigger Stadium.

"There's many people like myself who have had multiple generations play here on this field," Schuessler said. "Those emotional ties are always going to be there."

After more than six decades, this field has left a footprint in Colorado's giants.

If this fall is truly the finale, Clear Creek wants it to be remembered.

"Even though it's a contentious topic and there's a lot of people who aren't happy about the sale of this field, I hop that our last homecoming and our last home game, we can make it more of a celebration of what we did have here."