Faith Christian football head coach Micah Connor took over the program of his alma mater after 30 years, only to face another obstacle of the coronavirus pandemic. 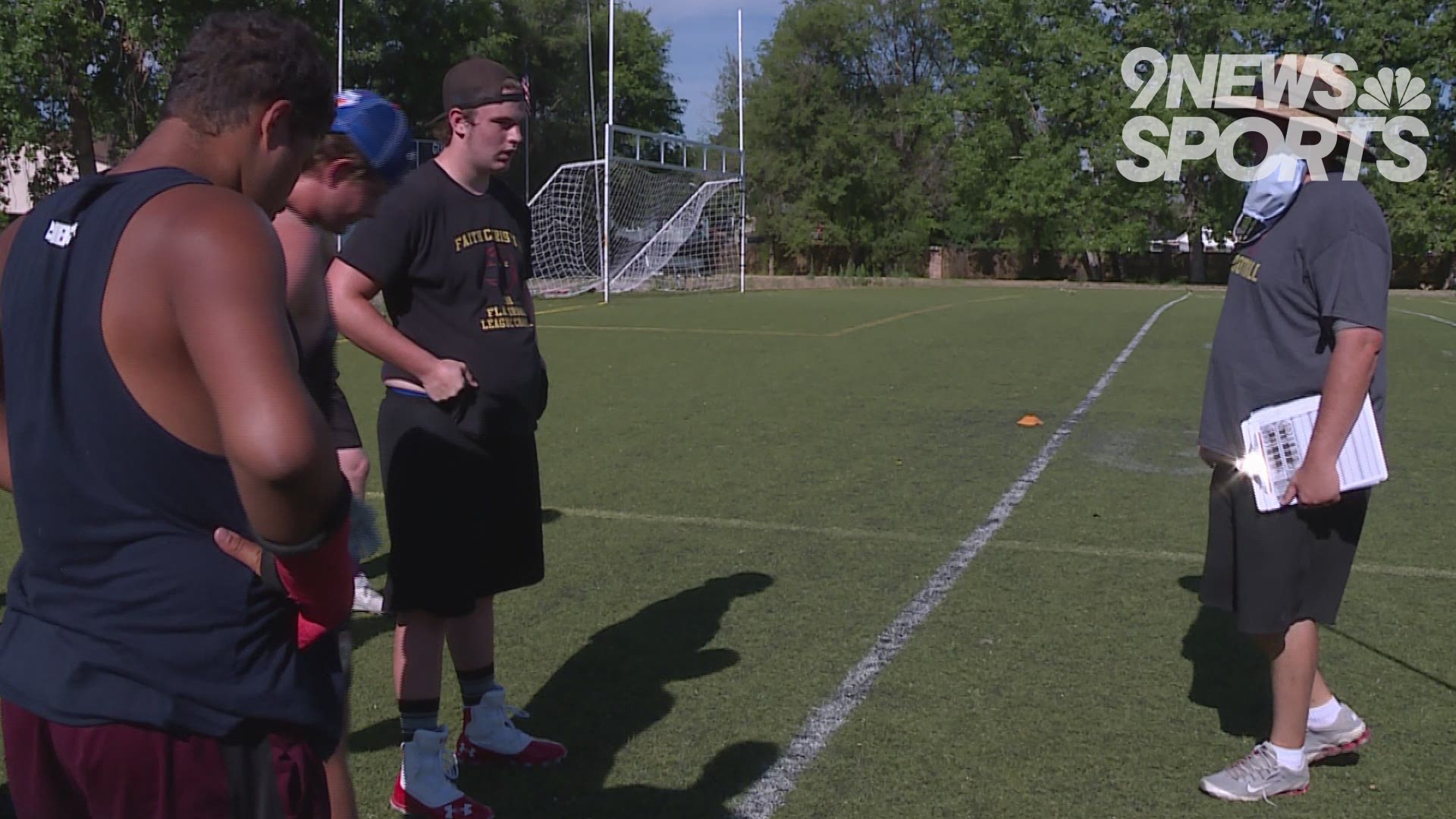 ARVADA, Colo. — He waited 30 years for the opportunity to lead the Eagles, but now Micah Connor has another obstacle standing in the way of his first season at the helm of Faith Christian Academy. The coronavirus pandemic is changing the way Connor must run his first off-season training camp.

"Trying to work through a process that you already don't know and then you have to add other things to it. I would imagine it's like having twins as your first kids," he said.

Connor was a member of the inaugural football team at Faith Christian Academy in 1990 and returned to his alma mater to begin coaching with the Eagles in 1999. He hadn't left the sidelines of the Arvada private school since.

"I kind of bleed crimson, like everybody else, I guess," he said.

He's not backing down from this challenge, but he'll look to senior leadership for help. Carson Wolf is stepping up to assist his former Defensive Coordinator. He knows the difficulties Connor is facing from just a football perspective.

"He had to adjust to having 40 kids last year to having 20 kids now, and I would say it was tough," Wolf said. "He adapted well."

While you'd think it would be easier to socially distance 20 kids instead of 40, Connor explained their current predicament makes this more difficult. Other teams are able to separate their athletes into positional groups and keep them in those smaller pods throughout training camp. When you're working with only 20-30 total players, they're all playing multiple positions.

"It's not as easy to coordinate smaller groups that don't change," Connor said. "Just put nine kids in a group and let them go do stuff. Not as easy when you have kids that do multiple things."

The team is doing its best to keep equipment clean and keep its kids safe.

"Everything we touch, balls, everything we do here, it's all sterilized before we put it away," Connor said.

However, as a private school, Faith Christian is a bit looser with its restrictions than some of the public school districts. No masks or long sleeves were required for any of the student-athletes, although the coaches did wear masks. Temperature checks were not taken at the beginning of practice, but athletes are asked not to show up if they are running a fever. Parents must also sign waivers for each of their student-athletes before any of the summer training programs.

"This is completely voluntary. Come and see what we're doing and if you don't feel comfortable, stay home," Connor said.

Wolf felt comfortable with the precautions and was happy to start exercising and socializing with teammates again.

"I was excited! It's way better than staying at home and not being able to hang out with anybody," he said.

"We're not going to add injury to insult. We're having kids be healthy and be prepared for the contact that happens."

So, will the first-year head coach actually have a season?