With no high school football this fall, the Chatfield coaching staff steps up to support the softball team in multiple volunteer positions. 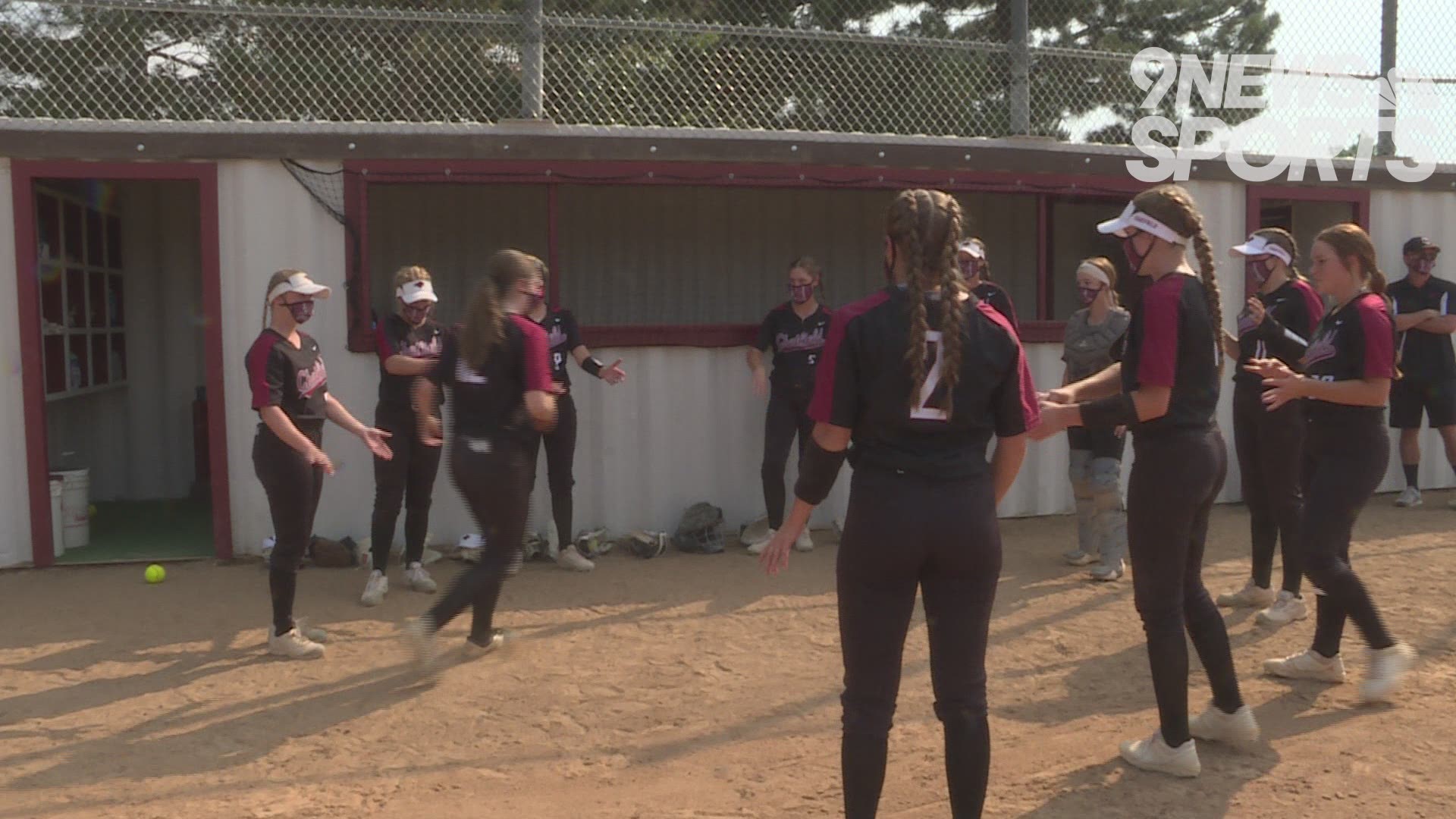 LITTLETON, Colo — Softball teams around Colorado understand how lucky they are to be the only contact sport still standing in 2020.

"We're just happy to be out here," Chatfield softball head coach Jen Lazerri said. "Every day that we get to be out here is a blessing."

She is one of only four head coaches leading teams this fall. The Colorado High School Activities Association (CHSAA) announced in early August that only softball, boys tennis, boys golf, and cross country were approved for return before 2021. Of course, that left football waiting until the winter to find out its fate, and left a lot of coaches and players with time on their hands.

"The day that CHSAA made the announcement that softball was a go but all of the other team sports were being pushed to the spring, within an hour, the head football coach called me and said 'hey, I haven't had a fall season off since maybe elementary school. I know these girls, I love these girls, what can I do to help?' So, he's doing my stats. He's doing Game Changer for me every game," Lazerri said.

Head football coach Bret McGatlin will eventually be heading into his ninth year at the helm of the Chargers, but at the moment, is just grateful to be in some form of a coaching role.

"I'm pretty sure my wife would divorce me if I was around the house too much," he said jokingly. "I love watching softball, my daughter played softball. I know a lot of these girls and Coach Lazerri and I are very close. We support each other with our coaching, so it's really fun to come out here and watch her coach. It's just a different role for me."

Freshman head coach Kyle Elmore will be leading his young team for five years this spring. Now, he's been recruited as an assistant coach of the JV softball team, even though he admittedly has little experience with the sport.

"We're hard-wired to be coaching football at this time and when fall comes around, it's football season, but since we don't have a football season and we'll have to wait until spring, I was eager to do something in the fall," he said.

Andrei Gisetti is potentially the newest addition with the most experience in his field. The linebackers coach has been working as a video coordinator for the football team for the last decade. He brought his telescopic camera to the backstop of the softball field to help the team see the bigger picture, while he has time to spare.

"Chatfield is a big family and they've got a game in town and we can help and participate and be a part of it," he said.

Lazerri was moved by the coaches' decisions to volunteer their time with her, but she hopes it will also teach her athletes a greater lesson.

"In a time when coaches were hearing news that they just lost their seasons, they kind of flipped it. We're going to try to make something positive out of a crummy situation and let's get involved and I think it's a good message for our kids," she said. "Times are hard and we're going to do whatever we can to flip the script a little bit and make things positive."

Elmore said the movement speaks to the character of the Chatfield community.

"I think our school does a really great job of helping each other and being there for each other and supporting each other whenever anyone needs help, so it just kind of fits right in to who we are as Chatfield Chargers and get the job done."