DENVER — No matter what, history will be made Tuesday night at Pepsi Center.

Both Fort Collins and Valor Christian won their Frozen Four games on Thursday night to punch their tickets to the state championship game. Neither school has brought home a state title in program history.

3-seed Fort Collins advanced by holding off a late rally by 2-seed Chaparral in the semifinals. The Lambkins shot out to a 3-0 lead before the Wolverines responded with two goals of their own. It ultimately ended in a 3-2 victory for Fort Collins.

Marsh was referring to the regular-season meeting between the two teams, which Chaparral won when it was No. 1 vs. No. 2.

This time, it was the Lambkins who got revenge. That was thanks to goals like the one by Marsh in the opening minutes on a fast break. (watch below)

Chaparral eventually responded with a goal on a 5-on-3 opportunity from Blake Johnson in the second period. The Wolverines then cut their deficit to just one in the third period when Jackson Mundell found the back of the net.

Fort Collins will face Valor Christian, which won the first semifinal game against Regis Jesuit, in the state championship game at 7:30 p.m. Tuesday at Pepsi Center. 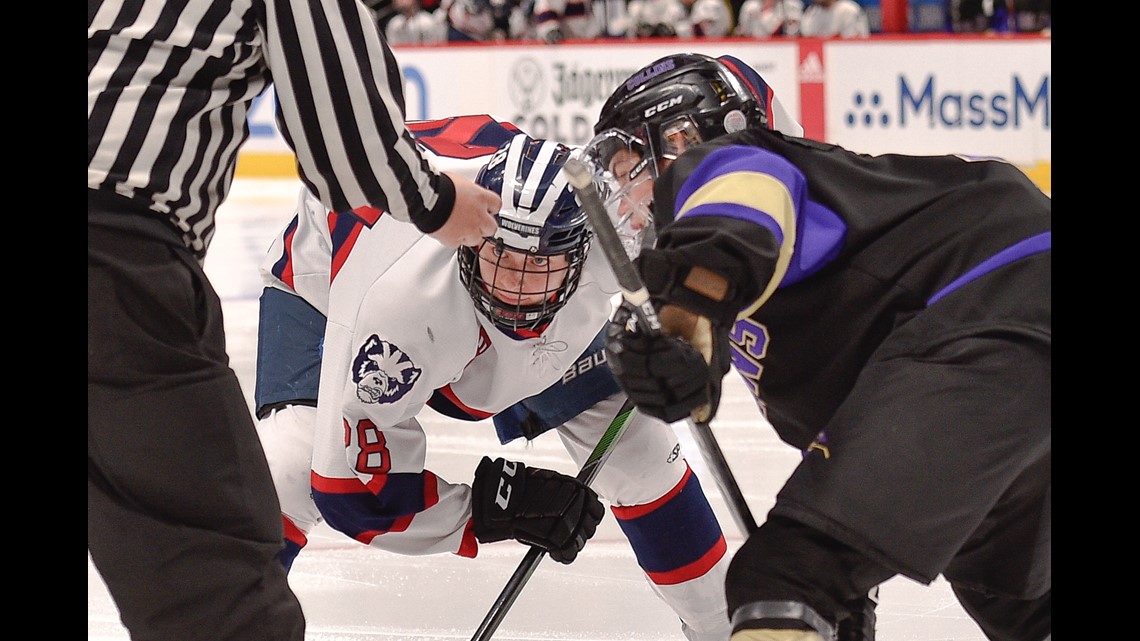