ESPN ranks Lauren Betts, a 6'7 sophomore from Grandview High School, fourth-overall in the nation and the top player in the 2022 class. 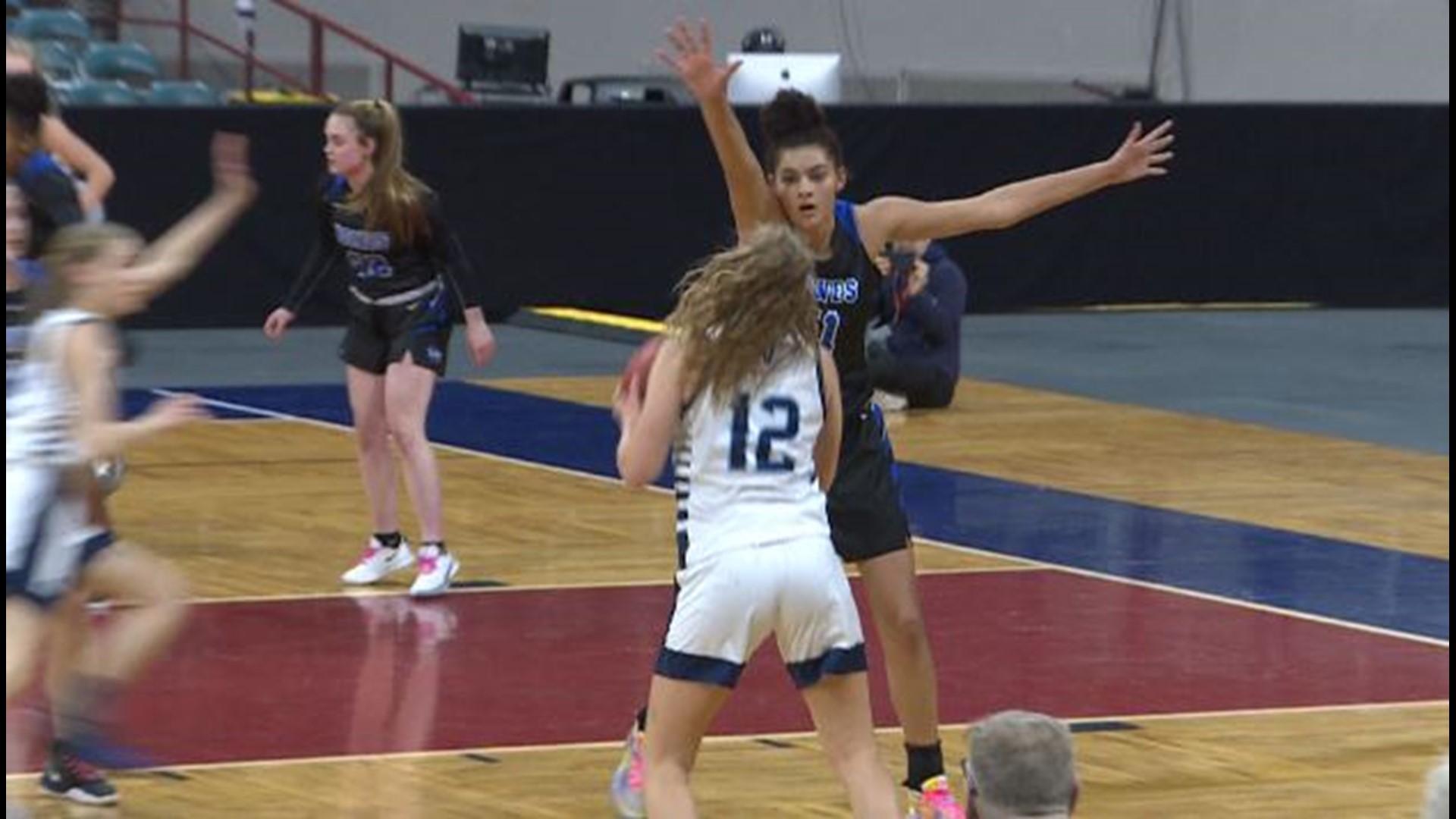 AURORA, Colo. — No one who pays attention to Colorado high school basketball would be surprised to see 6'7 sophomore Lauren Betts in the recruiting conversation, but even Betts was surprised to see a list published by ESPN in late April.

"I truly had no idea. That article was a true shock to me," Betts said. "There were so many good girls that I'm just grateful to be put on that same list with those same girls."

Above her in the list: two seniors and a junior. Betts is ranked number one in the 2022 class by ESPN and the best center overall, regardless of class. She said she had no idea her stock would be ascending this high so early in her high school career.

"I really didn't. Working hard every day, I'm just thankful that it put me in that situation."

It also put her in the position to represent her country for Team USA U-16. Betts and the national team took home the gold medal in her first trip to Chile.

"There were so many talented girls, like hundreds of really good girls there, and to be put on that team and put in that position was just amazing. I really never thought that would happen."

Her superstardom is surprising, but there's nothing shocking about her talent or where it originates. Her parents, Michelle and Andrew, met at Long Beach State as division one athletes. Michelle was a stand-out volleyball player, and her father Andrew went on to play professional basketball. The 7'1" center played mostly overseas. Betts said she got her work ethic from both parents, but her height and skills from Andrew.

"My coaches and my parents have been really supportive and they've been really helpful through this whole [recruiting] process," she said. "Being ranked high, it could be really stressful sometimes, so it's good that I have such a good support system."

As a sophomore, her recruiting process has luckily not been interrupted by the pandemic yet, since she's not allowed to make campus visits until September of her junior year. Betts wouldn't tip her hand as to where she'd be visiting in the fall.

"I definitely have it a little narrowed down."

And that even includes a few childhood favorites, she said, but Betts isn't concerning herself too much with college. Right now, she's still sour over a spoiled state rematch with Cherry Creek High School. Grandview won the state championship during Betts's 8th grade year, Cherry Creek beat Grandview during her freshman year, and they were set for a rematch during the 2020 finals. That game, however, was canceled due to the coronavirus outbreak.

"Not winning my freshman year and then getting to it my sophomore year but not getting to play, I know that our team can win state," she said. "That's my number one goal right now and that's all I'm really thinking about."