The Eagles defeated the Bruins for the first time in program history on Tuesday. 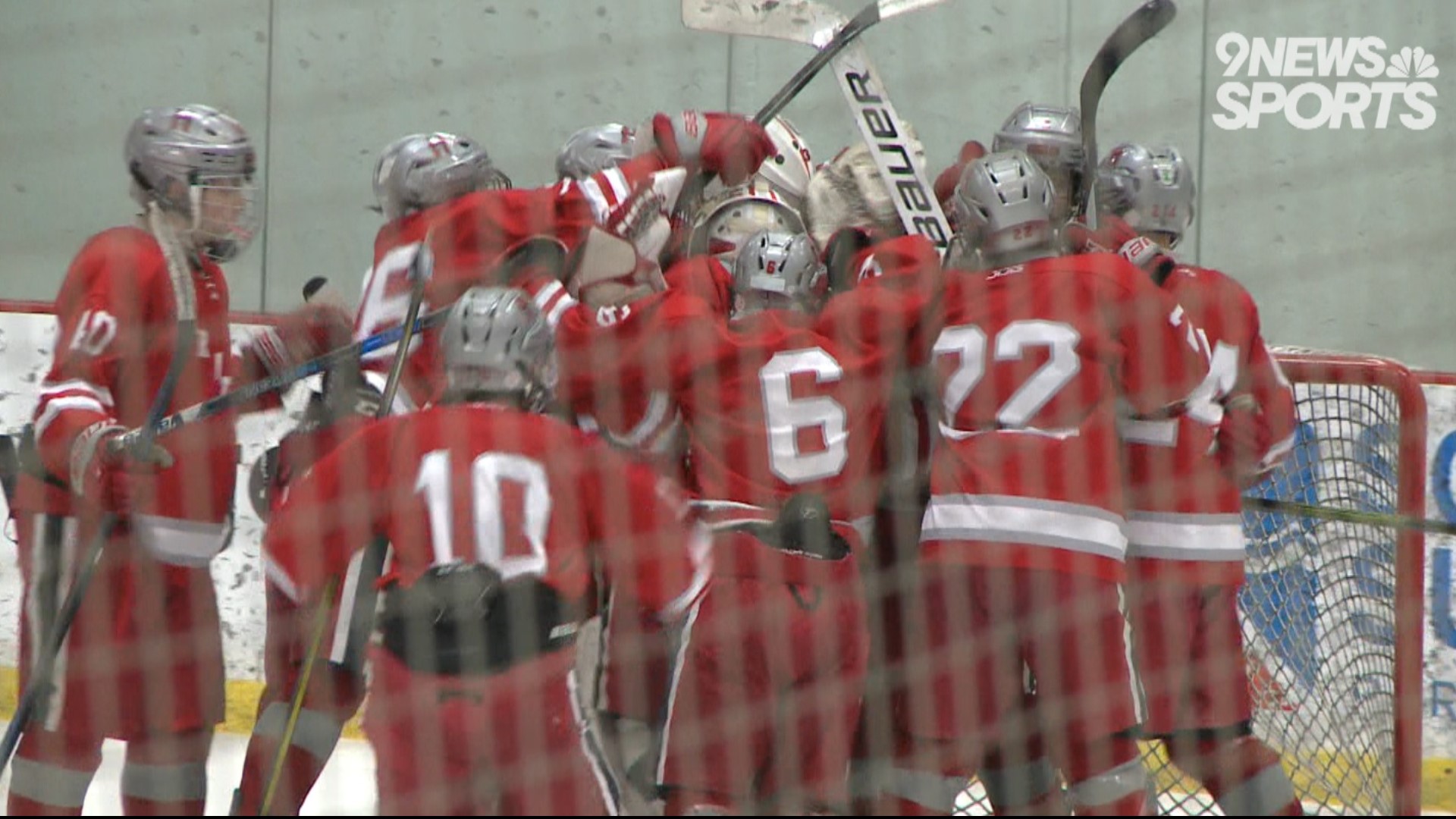 CENTENNIAL, Colo. — The Heritage hockey team had been waiting for this one for a while.

Not only had the Eagles never defeated Cherry Creek throughout their meetings in program history, but their shot this year had to wait. A snow day earlier this month pushed the annual game between the Eagles and Bruins back two weeks.

Call it worth the wait.

Heritage, which is ranked No. 9 in this week's CHSAA rankings, held off a late rally by No. 8 Cherry Creek for a 4-3 victory at Family Sports Center on Tuesday afternoon.

"We've been thinking about this game for a while. It feels awesome to beat them," said senior winger Jakob Boos, who had a goal and an assist in the win.

After a scoreless first period, the Eagles put past two goals before the Bruins could respond. Heritage's lead grew as large as 4-1.

But in the third period, a 5-minute major penalty allowed Cherry Creek to claw back. The Bruins found the back of the net twice on the extended power play, making it a one-goal game in the final few minutes.

"We learned how to win a close game. That's important, especially going into playoffs," Boos said. "It's important to win those one-goal games."