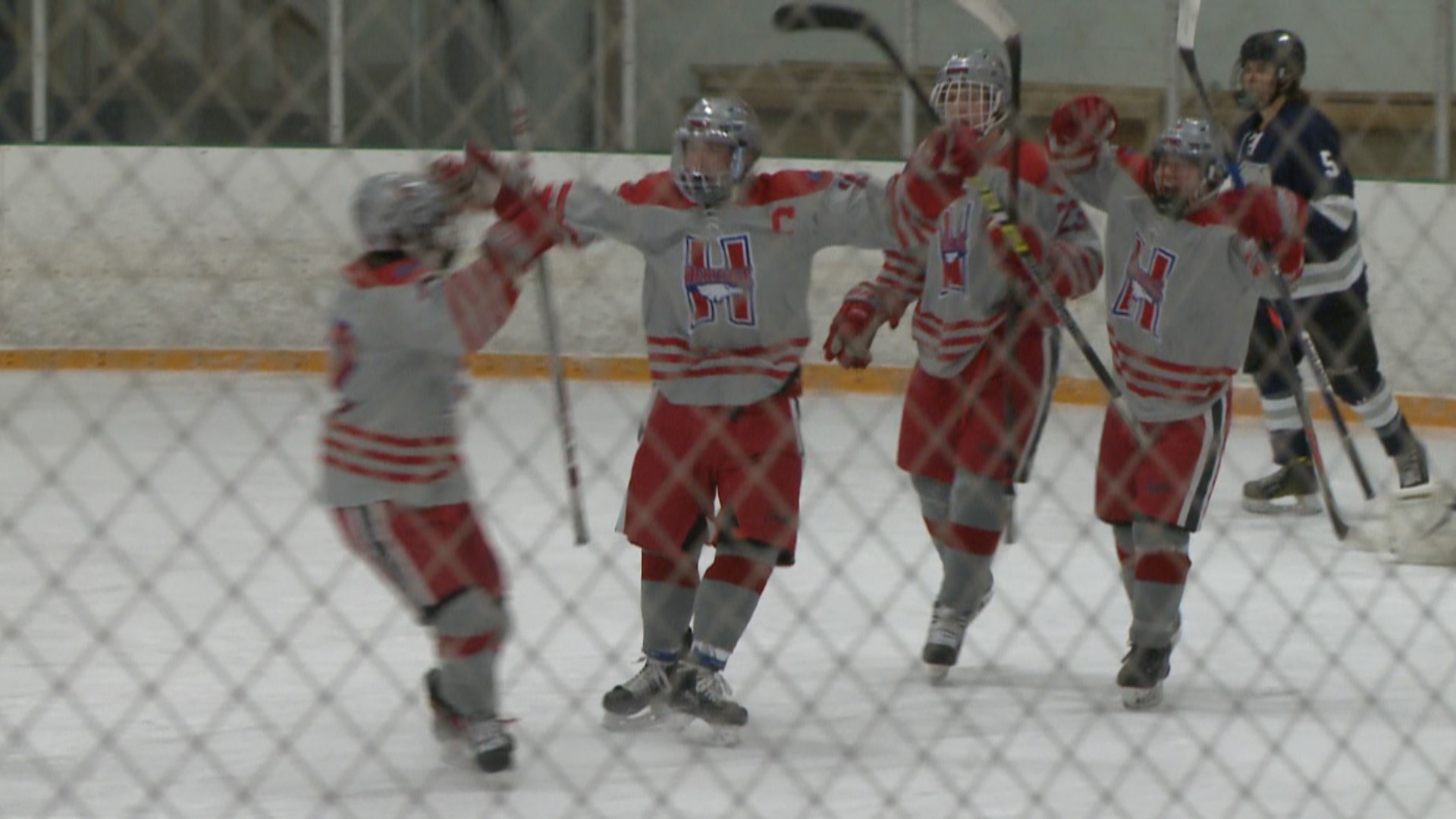 It was on full display Thursday night when Littleton rivals Heritage and Columbine hit the ice at South Suburban Ice Arena for a Highlands League hockey matchup.

In the end, it was Heritage -- No. 9 in this week's CHSAA hockey rankings -- which got the 6-3 victory. The win also clinched the league title for the Eagles.

"It's definitely a rivalry. We've played them twice every year I've been here and it's a battle every time with those guys," senior winger Joe Carpinello said.

Early on, it looked as if Heritage was on its way to a blowout, dominating the opening period with goals from Brodie Ingersoll and Cole Trautman. Their defense held the Rebels in their own zone for a 2-0 lead at the first intermission.

But Columbine was quick to respond in the second period.

The Rebels put past three goals (two from JJ McKinnon and one from Shjon Kern) to tie the game at 3-3.

"Gotta hand it out to them. They love to play physical. They don't care if you punch them in the mouth -- they'll punch you right back," Carpinello said.

After an altercation that led to penalties for both teams, Carpinello found the back of the net to put the Eagles up for good, which was celebrated emphatically.

"It was crazy," Carpinello said. "I saw the puck going in and just started celebrating."

Trautman scored another in the third period along with Jakob Boos to secure the win.

Heritage improves to 12-3-1 overall with a 9-1-1 mark in league play. The Eagles next play No. 5 Monarch on the road and host Mountain Vista to conclude the regular season.