The Tigers defeated league rival Mead 9-6 in Saturday's championship game to take back the Class 4A state title. 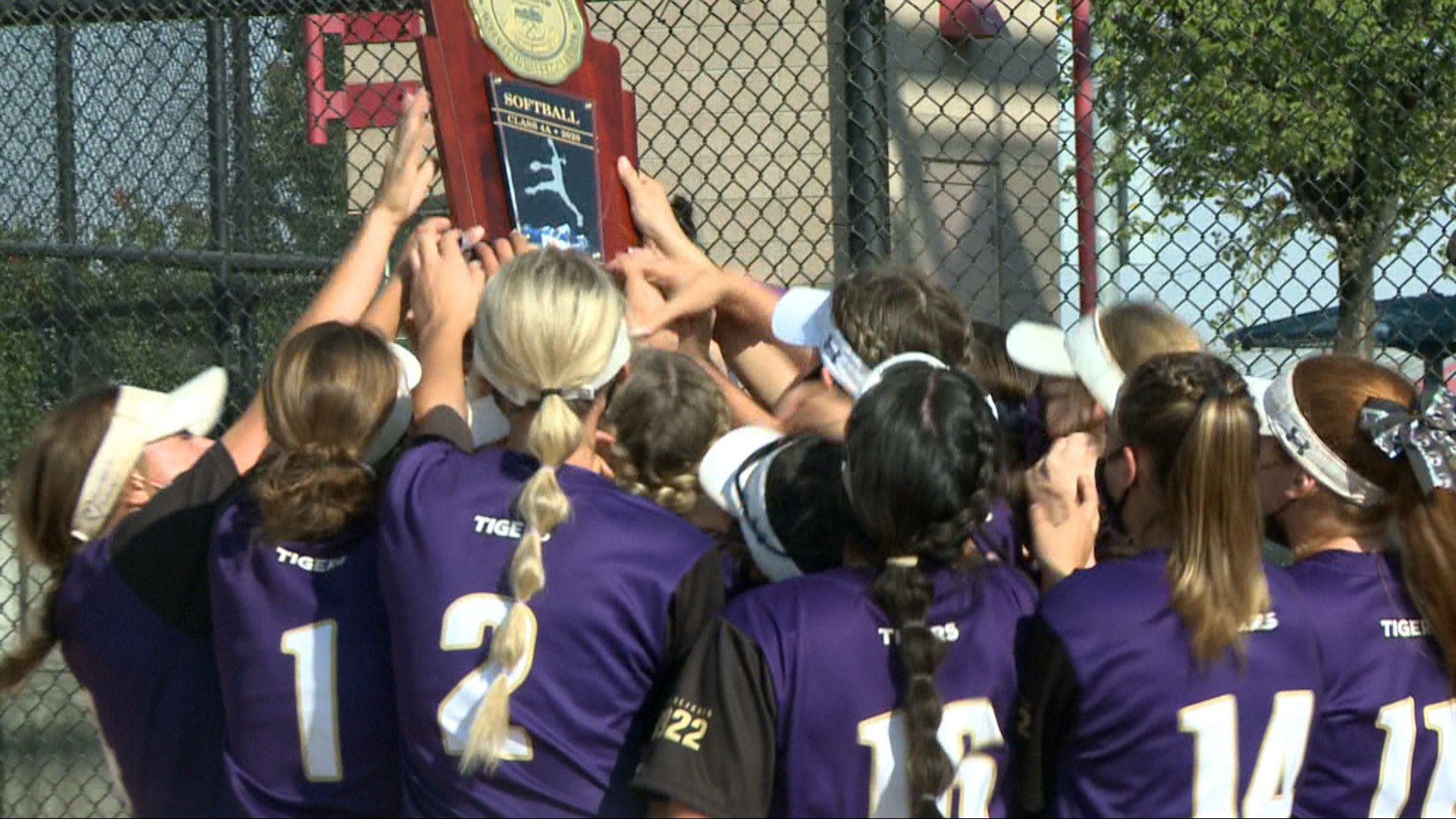 AURORA, Colo — The Holy Family softball team is back on top.

After a one-year absence, the Tigers are Class 4A softball state champions once again after capturing their second title in three years.

Holy Family knocked off familiar foe Mead, its NCAC League rival, 9-6 at Aurora Sports Park in the championship game on Saturday afternoon. It was the third meeting between the Tigers and Mavericks this year after splitting the regular-season games.

"We always want to play the best, and Mead is the best," junior catcher Abby Edwards said. "Them and Silver Creek, we had to play them three times. It shows how good our league is."

Edwards was the star of the game.

She wasted no time getting things going with a grand slam in the first inning to provide Holy Family with an early 4-0 lead to work with. She also added an inside-the-park home run late for the final run of the game."

"I was so excited they threw anything inside to me," Edwards said. "The second the umpire's hand went up, I just jumped in the air. I just wanted to do this for my team."

Mead responded with a pair of home runs to make things interesting.

Maddox Boston hit a two-run home run in the second inning, then Allie Szablowski did the same in the fourth to cut the deficit to just one run. The Mavericks got within 7-6 before Holy Family added to its lead late.

It is the third state championship in Holy Family program history. The Tigers' first title in 2006 was won in Class 3A.

"Last year, we all felt like we were cut short, so coming back this year we knew we had something to prove," Edwards said. "It's was ours. We knew it."